The Pence-Harris debate airs on Wednesday, Oct. 7 at 9pm ET. Tune in here or listen on the RADIO.COM app.

You can watch the event live in the video above. 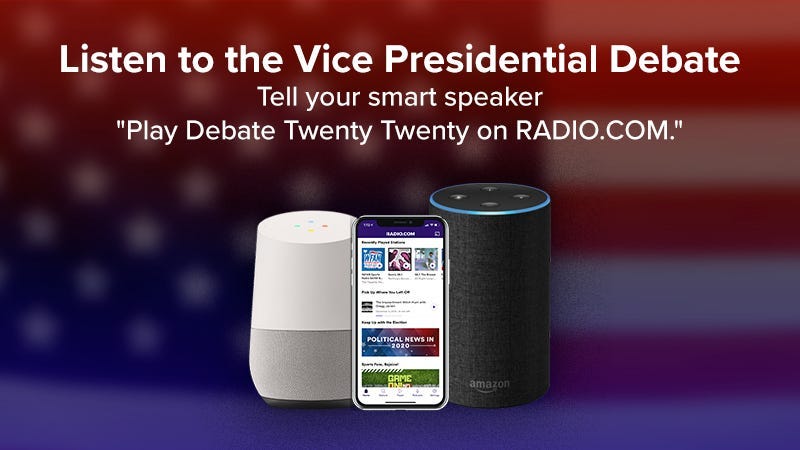 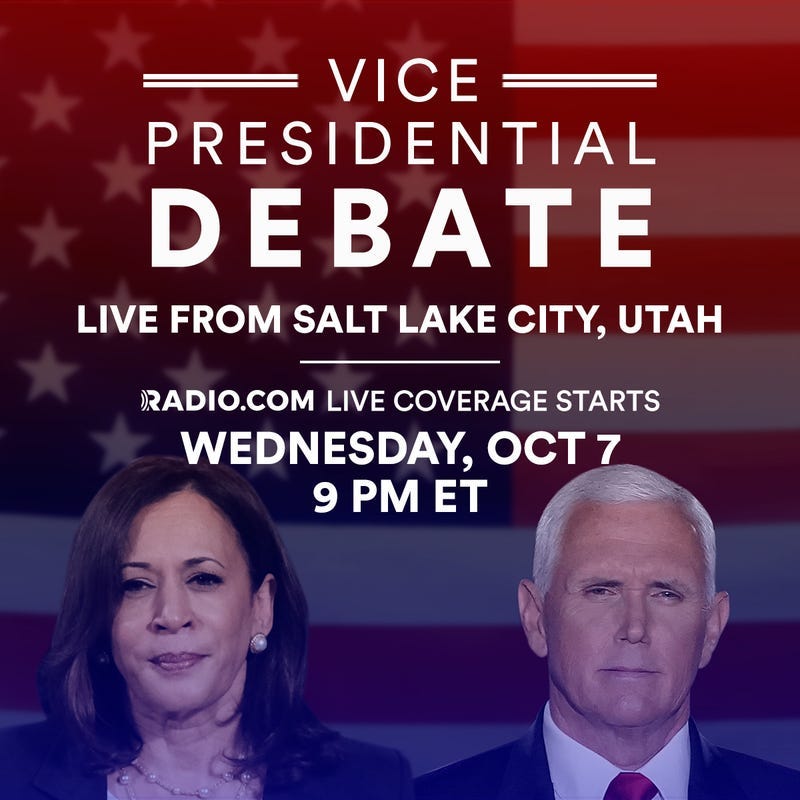 The event, one of four debates this election cycle (the other three being presidential debates), comes amid heightened coronavirus concerns. It is taking place days after President Donald Trump, First Lady Melania Trump, and various other White House staffers and Washington lawmakers tested positive for COVID-19.

The debate will be moderated by USA Today’s Washington bureau chief Susan Page. It will be held at the University of Utah in Salt Lake City, Utah.

In addition to social distancing 13 feet (instead of the originally planned seven feet), the two candidates will debate from behind plexiglass dividers that are being added as extra precautions.

When the news of Trump’s positive diagnosis broke, Pence had tested negative for the virus.