Americans typically celebrate Memorial Day with a long weekend that consists of barbecues and picnics, but the holiday is so much more than that.

It's a day to remember and honor the fallen heroes who sacrificed their lives for their country.

One of the best ways to pay tribute to these brave men and women is by watching war-themed films. 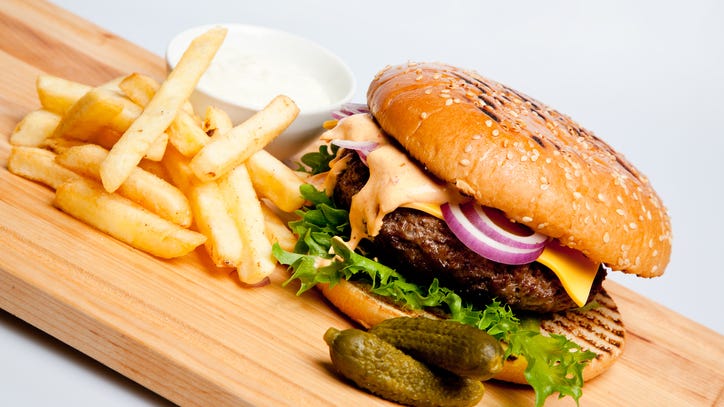 Who Needs a Cookout? 12 Food Deals and Freebies for Memorial Day 2020

War films have carved out their own genre in American cinema offering an insight into the atrocities of war while also underlining the heroism.

Check out our list of war films to stream during Memorial Day weekend -- some films take on a lighter note, some are more action-packed, and others keep you on the edge of your seat.

Due to the coronavirus outbreak, Tom Hanks’ WWII naval drama bypassed the theaters and premiered directly on the streaming service Apple TV.

In the film, Hanks plays U.S. Navy Captain Ernest Krause, who leads an Allied convoy through the treacherous waters of the Atlantic while being pursued by Nazi U-boats in what's known as history’s most complex battle: The Battle of the Atlantic.

You can stream the film on Apple TV.

Black Hawk Down follows the mission of a group of elite U.S. soldiers to Somalia in 1993. When their Back Hawk helicopter is shot down by Somalian forces, they struggle to regain control amid blazing gunfire. The film won two Oscars and received nominations for Best Director and Cinematography.

You can stream the film on Hulu.

The suspenseful drama is a story of survival. After a Marine’s mission goes sideways, he finds himself stuck behind enemy lines with no one coming to help him. He must survive without stepping off a landmine.

You can stream on Netflix now.

The powerful film boasts an impressive cast with Matthew Broderick, Denzel Washington, and Morgan Freeman. Based on the true story of Massachusetts 54th Regiment, it tells the story of the first all-African-American unit with soldiers who courageously fought in the Civil War.

The somber film takes a look at the effects and fall out of combat through the lens of two men, Will, an injured soldier in Iraq who returns home to finish out his tour, and his mentor, Capt. Tony Stone, a recovering alcoholic whose job is to notify military families of war casualties.