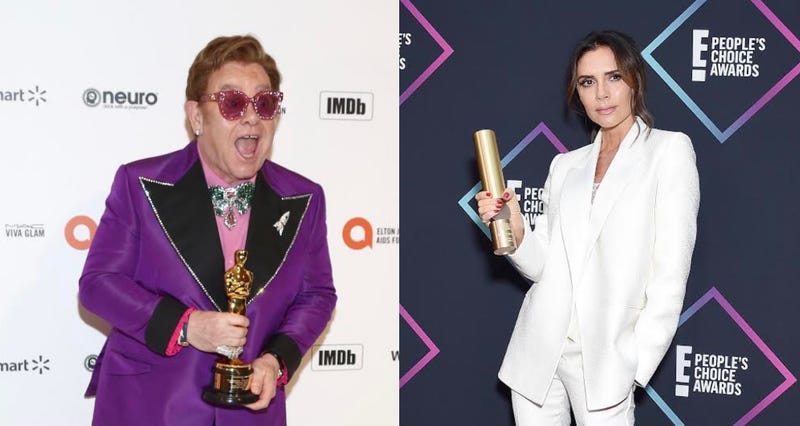 Victoria Beckham is looking back on her time in the Spice Girls and sharing how Elton John helped her navigate her own path.

Beckham penned a letter to her future self, published in British Vogue, where she recalls a life-changing moment that Elton John helped to inspire.

The style icon writes, “Remember years ago, watching your dear friend Elton John on stage in Las Vegas. He performed 'Tiny Dancer' as if it were the first time, and you realized this was like oxygen for him," she recalled. "It was a life-changing moment — while singing and dancing was fun for you, it wasn’t your passion. That day, you started your quest to uncover your own dreams." Beckham also adds, “It was time to step away from being a Spice Girl.”

After major success throughout the 1990s, The Spice Girls parted ways in order to pursue solo careers. The group came back together in 2007 for a reunion tour and then reunited in 2012 at the Summer Olympics closing ceremonies. In 2019 the group kicked off a second reunion tour, however, Beckham was not part of this tour, saying she felt “like a very different person,” at that point.

Victoria notes in her letter, “For the first time, you were venturing out on your own, and it was terrifying.” She continues, “It was scary to close a chapter that defined you. I know you are still reinventing yourself, taking on new challenges, and ignoring the naysayers. You always look beyond the conventional wisdom to pave your own path."

Since stepping away from the Spice Girls, Victoria has carved out a successful position for herself in the fashion industry, and in 2019 she launched her Victoria Beckham Beauty line. She concludes, “First, you found this passion in fashion, and most recently, beauty. What comes next? I’m dying to know."