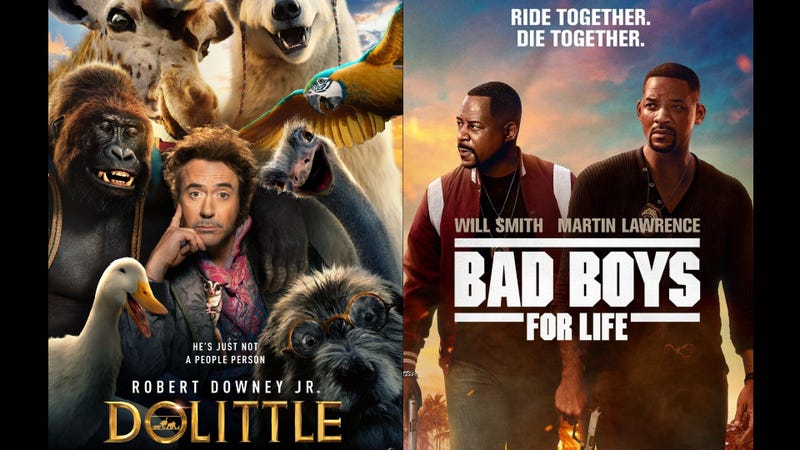 Dr. John Dolittle lives in solitude behind the high walls of his lush manor in 19th-century England. His only companionship comes from an array of exotic animals that he speaks to on a daily basis. But when young Queen Victoria becomes gravely ill, the eccentric doctor and his furry friends embark on an epic adventure to a mythical island to find the cure.

Dolittle stars Robert Downey Jr., Emma Thompson, and Selena Gomez.
Bad Boys For Life follows Old-school cops Mike Lowery and Marcus Burnett as they team up to take down the vicious leader of a Miami drug cartel. Newly created elite team AMMO of the Miami police department along with Mike and Marcus go up against the ruthless Armando Armas.
Will Smith, Martin Lawrence and a bevy of characters from the franchise return for the third installment of Bad Boys!