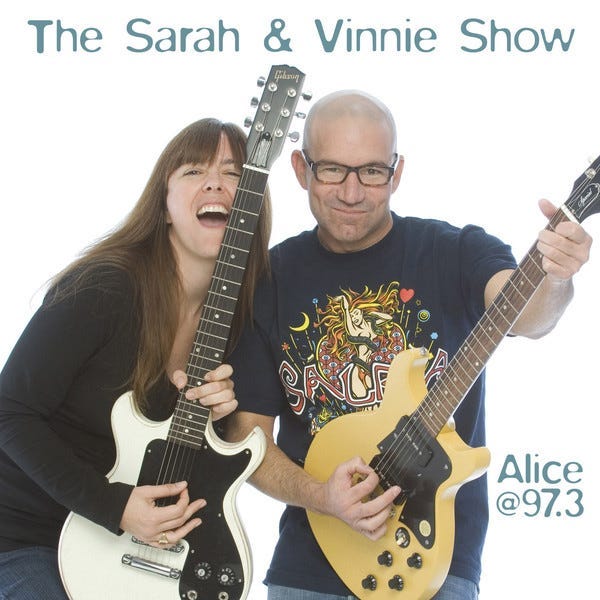 6am Alice News Network –  An update on the road to the presidential election, the ten states that searched the most on where their local liquor stores are on election night, Rhode Island officially voted to change their name, a survey says the topics on what people pretend to know more about that than they actually do, and a women posted a Tik Tok about how she found out her boyfriend was cheating on her!

7am Alice Celebrity Trash – Dave Chappelle is hosting this week SNL, the Canadians are giving emotional support to Americans to soothe our nerves after the election,  Sarah’s grandpa used to be the US ambassador to Canada, and the Goop Holiday gift guide is out with interesting items!

7am Alice News Network -  The rumor of Jimmy Garoppolo going to a new team to which Sarah’s John makes an appearance, some fast facts, the top lies people tell in social situations, and a guy in Detroit got arrested for firing 15 shots into a house for calling his baby ugly!

8am Alice Celebrity Trash –  On November 1st streams of Mariah Carey’s Christmas song was already surging in streaming, Leon Bridges performs his new song on Colbert, The Offspring did a cover of a Christmas song, the kidnapper of Tekashi 6ix9ine has been arrested and sentenced to 24 years, and Lana Del Rey announced that she is coming out with a new album at Denny’s!

8am Alice News Network –  There is a wedding in the sky package for you to have your ceremony during covid, a debate on if Christmas commercials should show people in masks, a candidate won their election in North Dakota but already passed away from covid, the most dirty items in stores, and there is a new whiskey that taste like deer and a flavor brandy with corpse flower!