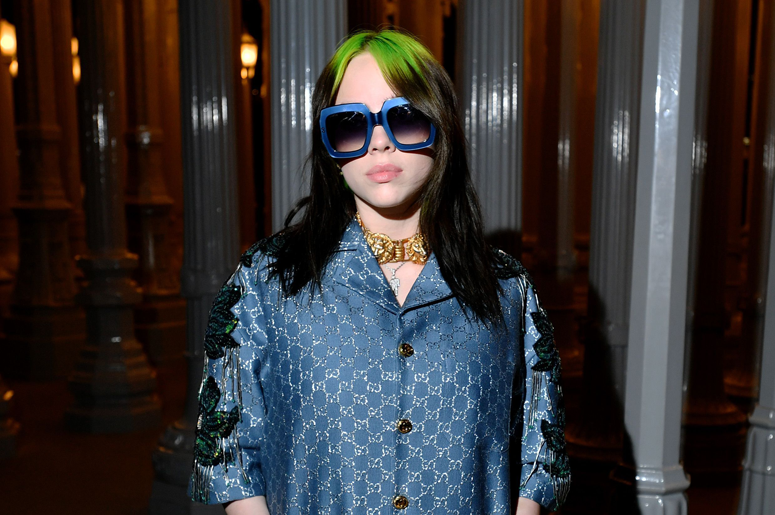 In her signature baggy clothes, just with more glam for the March issue of Vanity Fair, Billie Eilish got candid about her body image struggles and dealing with the internet's comments about her looks.

While there are many positives to the creation of the internet, since its inception, some troll-ish detours have been made along the way, and it has somewhat spiraled out of control.

Now, images live forever, un-consented videos stand the test of time, and trolls have the courage to come out from beneath their bridge under the safety of an anonymous guise.

Which brings us to this past October, when paparazzi captured photos of Billie simply trying to endure a sweltering Los Angeles day by wearing an uncharacteristically fitted tank top and shorts. The images began to spread online and the body-shamers and their criticisms weren't far behind. At the time Eilish responded by posting a sly and sultry video initially planned for her tour, showing Billie removing her oversized clothes while speaking directly to body-shamers.

In the past Billie has explained the reasoning for her choice in oversized clothing is so people can't see and have opinions on her body.

“I never want the world to know everything about me," Billie said in an interview with Calvin Klein in 2019. "I mean, that's why I wear big baggy clothes, nobody can have an opinion, because they haven't seen what's underneath.”

Now, within the pages of Vanity Fair, Billie is revealing that despite her outward IDGAF facade, those paparazzi privacy invading pictures and subsequent chatter did affect her, however admitting she was glad it hadn't happened when her relationship with her body was at its worst.

"I think that the people around me were more worried about it than I was, because the reason I used to cut myself was because of my body," Billie told the outlet.

"I was really, really glad though, mainly, that I'm in this place in my life," she continued. "If that had happened three years ago, when I was in the midst of my horrible body relationship — or dancing a ton, five years ago," Billie went on, "I wasn't really eating. I was, like, starving myself.”

Billie recalled, ”I remember taking a pill that told me that it would make me lose weight and it only made me pee the bed, when I was 12.”

“It's just crazy,” Billie admitted, "I thought that I would be the only one dealing with my hatred for my body, but I guess the internet also hates my body," Billie added. "So that's great."

And while we’re sure to get even more insight into Eilish’s inner working in her upcoming Apple TV+ documentary The World's a Little Blurry, she preemptively shared details with VF about a romantic relationship that she'd never wanted to talk about publicly. Telling the magazine, "That was a huge part of my life," Eilish told Vanity Fair. "And nobody knew it. It was this main thing that was taking control of my life.” Further discussing it in a video interview for the publication as well, Billie said she felt the "most trapped" when she was "in a relationship that was very emotionally abusive."

Attempting to end on a good note, elsewhere in the  interview, Eilish talked about her upcoming album. Revealing that there is not one single thing she would change on the forthcoming LP.

Saying, “the album feels exactly how I want it to, there isn’t one song, or one part of one song, that I wish was this or that I wish it was that.” And something tells us it’s going to be exactly what we want to hear, so at least there’s that.