It's being called an amazing story of survival after a little dog was able to weather four days of frigid temperatures on the Detroit River before being rescued by a boater from Windsor, Ont.

But it wasn't easy to get to that point.

The rescue took a joint international effort of Americans and Canadians on both sides of the river.

Patricia Trevino of the River Rouge Animal Shelter told WWJ 950 the poor dog spent days in the cold before his rescue was coordinated. And now that he's recovering, he has a tale of survival for the ages.

"He ended up wandering out onto the ice of the Detroit River Wednesday morning and he was there until Saturday morning, walking around on the ice," Trevino said. "He fell into the river a couple of times, back up onto the ice -- eagles flying over him, coyotes stalking him. A Coast Guard ice cutter passing through."

Yahoo News reported one man was finally able to get close enough to grab the pup — who “was scared, hiding in the trees, frozen” — and bring him back to shore. The rescuer was met with cheers by people who had gathered to try to help, but he said he didn't want to be identified.

All the while, one man was documenting the complicated attempt at rescue.

Let us not forget this man, whose photos were instrumental in the rescue of the miracle dog. It was through his photos...

They named the dog Miracle and said offers to adopt him have been pouring in. The dog does not appear to have an owner; No one knows where he came from or how he ended up on the ice.

But they do know he's warm and safe now.

Good morning from Woodhaven Animal Hospital. A short update on the Miracle Dog.

Woodhaven Animal Hospital is providing care for Miracle. We are being overwhelmed with messages and calls regarding...

"I don't think this dog has owners," Coty Darlene wrote on Facebook. "There's no way they haven't seen their dog on the news or on the Internet, this story is everywhere. I hope he ends up with a great family. I'm so thankful for woodhaven animal hospital, you guys have changed this babes life forever." 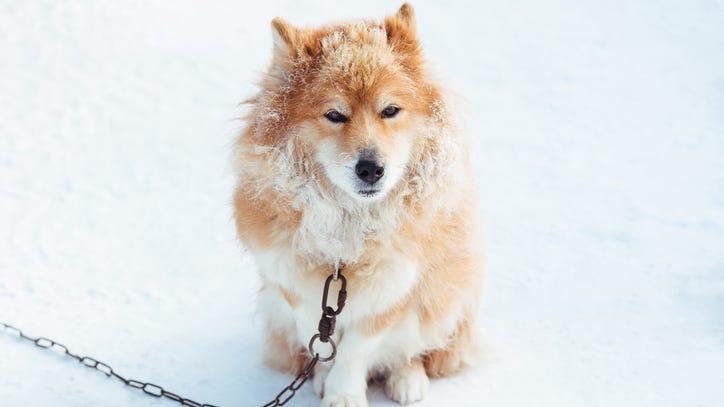 Trevino said he sat in her car whimpering as she transported him to the animal hospital, but he quickly warmed up and already friendly to staff. His fur was badly matted and he suffered frostbite on his nose and paws, but he's recovering in a sweater and surrounded by affection and snacks.