Courtney Cox made fun of her “Scream 3” haircut while celebrating Halloween.

Over the spooky holiday weekend, the “Friends” actress joked about the super short bangs hairstyle her character Gale Weathers had in the 2000 horror sequel.

On her official Instagram, the 56-year-old actress posted a picture in the spirit of the holiday, featuring a person behind her wearing the film's signature Ghostface mask while holding a pair of scissors up to her hair.

When it comes to joking around about her character, it sure is a tradition for the actress.

In 2019, the actress paid homage to one of the more frightening aspects of the “Scream” franchise -- her severe haircut in the movie. 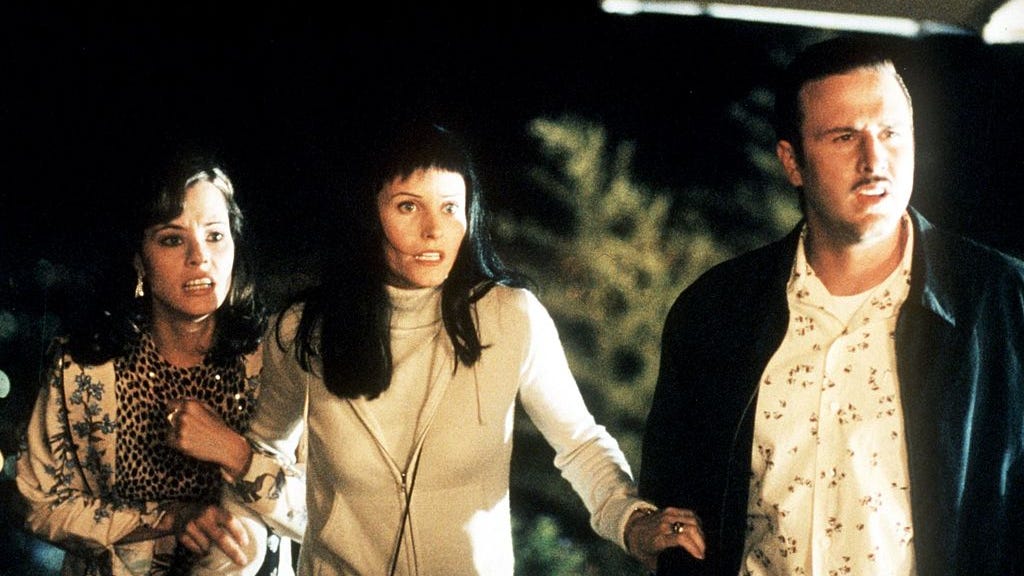 "It's Halloween so I thought I'd get into the spirit of things and watch some of the “Scream” movies," the 55-year-old said in a video shared on Instagram.

"I chose 'Scream 3' and I noticed that Gale Weathers has those infamous bangs. I don't think there's anything that wrong with it.”

After showing a clip of her character sporting the blunt cut in the film, Cox was emboldened and added: “I say I can bring it back. Let’s see.”

She then whips out a pair of scissors and begins cutting, what we hope is a wig, in a somewhat straight line across her forehead to transform her long locks into the infamous hairstyle.

“I like it,” she said confidently. “What do you think?”