Kim Kardashian struck seductive poses to return to Instagram following reports she is potentially getting ready to divorce her husband, Kanye West.

After not posting on the platform since Christmas, the "Keeping Up With the Kardashians" star shared new photos to promote the launch of her latest SKIMS line of hosiery and undergarments.

While she did not address the split rumors, Kardashian's wedding finger was without a ring or band.

In one photo, Kardashian posed on the floor wearing a black hosiery bralette and semi-sheer tights as she gave fans a sultry look.

Another snap displayed Kardashian wearing a different nude shade of the same SKIMS undergarments and not wearing her wedding band.

However, People reported that Kardashian later appeared to be wearing a simple diamond ring on one hand in her Instagram Stories, though it is not confirmed that it is her wedding ring.

Last week, mulitple sources reported that Kardashian is currently preparing to file for divorce from the rapper. While it is not confirmed, one of the outlet's sources said West is "bracing" for his wife of more than six years to file for divorce legally. 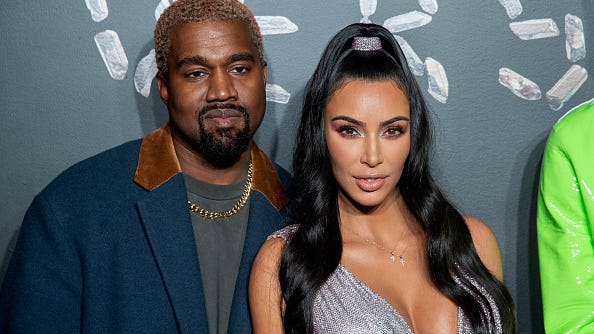 Kim Kardashian is getting ready to divorce Kanye West: Reports

Page Six's source said that "divorce is imminent." Another source said, "They are keeping it low-key but they are done."

On several occasions, Kardashian has been seen without her wedding ring while promoting her SKIMS line, People noted.

While West has been spending his time at their Wyoming ranch, sources report Kardashian has grown apart from her husband recently, saying the mother of four has "grown up a lot."