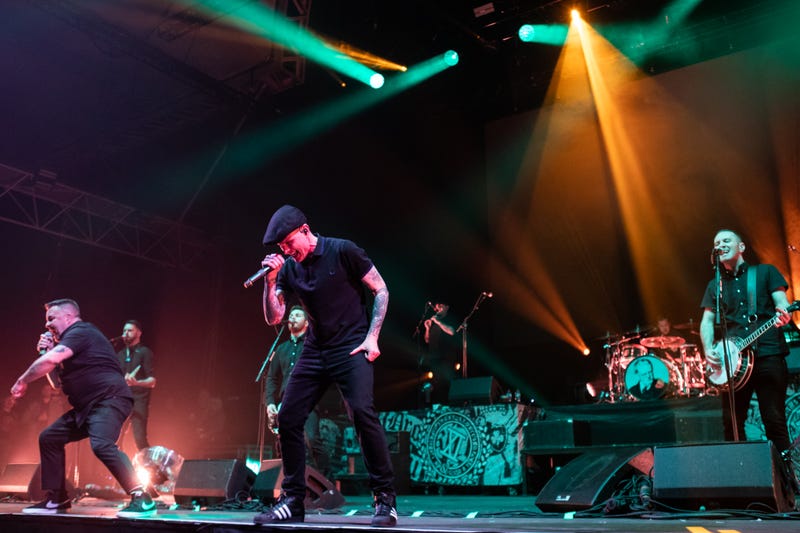 It’s wild to acknowledge that it’s been almost a year of live stream concerts and Zoom performances.

Last year, just as the pandemic began shutting down the world as we knew it, Dropkick Murphys had to convert all of their week-long run of St. Patrick’s Day shows into a live streaming event, that allowed people to watch safely from home.

The early success of the Boston-based rocker’s “Streaming Up from Boston,” became somewhat of a blueprint for all the streaming shows to follow in 2020. Months after their St. Patty’s day show, the band dominated an empty Fenway Park for a live stream concert that had the Green Monster feeling the full epic proportions of the show, that even featured an appearance from Bruce Springsteen.

As we approach yet another pandemic St. Patrick’s Day, the Beantown band is set to give us another St. Patrick’s Day virtual show called “Still Locked Down.” The show will be free and begins streaming at 7PM ET/ 4PM PT. Dropkick Murphys are asking their fans to donate what they can in order to support the band and the crew.

The show, directed by Josh Adams, will take place on an arena-sized stage and feature a full LED backdrop

Ken Casey shared, “Instead of charging for tickets, we’re going to ‘pass the virtual hat’ so you can donate what you’d like to help support us in our efforts to keep paying our employees.” He adds, “When we did the first two free live streams for charity, our fans were super generous and we raised lots of money for good causes. But frankly, we’ve been out of work for over a year, so this one, we’ve gotta make about us. Of course, a portion will also go to charity, as always!”