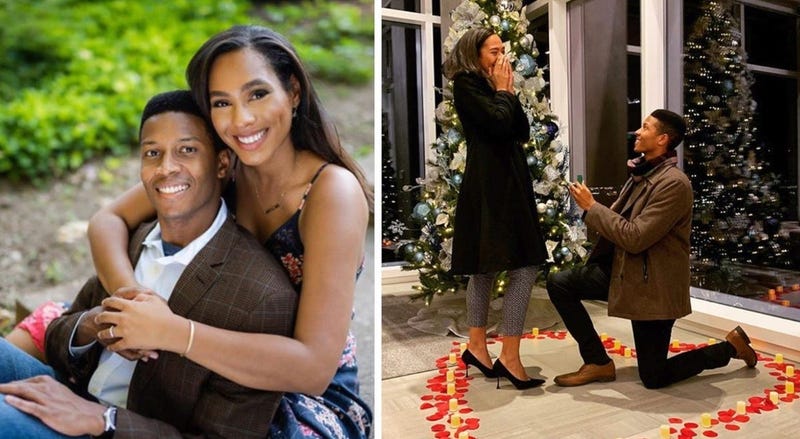 ST. LOUIS (KMOX) - When one bride walks down the aisle at the Missouri Botanical Garden, a nurse practitioner will be standing by.

"The most important thing to us was sharing the moment with our family and that we still have," says Hutchinson.

What they don't have is the original guest list, cut down from some 200 to just 40 people. They also moved their reception to an outdoor venue at the Four Seasons Hotel. There will also be no dance floor and air hugs only.

And the couple decided to ask their wedding guests to get COVID-19 tests in order to attend the ceremony.

"We told everyone that if they didn't want to get the tests, we understood that they wouldn't be able to attend," Hutchinson says.

They will also have N95 masks and gloves for anyone who needs them. The nurse practitioner will be doing temperature checks, conducting health surveys, and enforcing social distancing and mask wearing.

"I'll give credit to my dad. He was the one who asked for someone to monitor the day to make sure everyone was wearing their masks," Hutchinson says. "At first I was like, 'What, am I supposed to Google, a security officer?' Because I don't know who that would be."

She says her in-laws helped her come up with the perfect person.

Hutchinson, a health policy expert, says the only one that was kind of surprised by her request to work the wedding was the nurse practitioner. But she says having her there has brought a lot of peace of mind.

"Knowing we'll have someone who has trained in this profession and has been working during this time period, can help enforce and monitor the situation," Hutchinson says.

She adds that since she has told her friends that she and her fiance have hired a nurse practitioner others who are getting married are following suit.