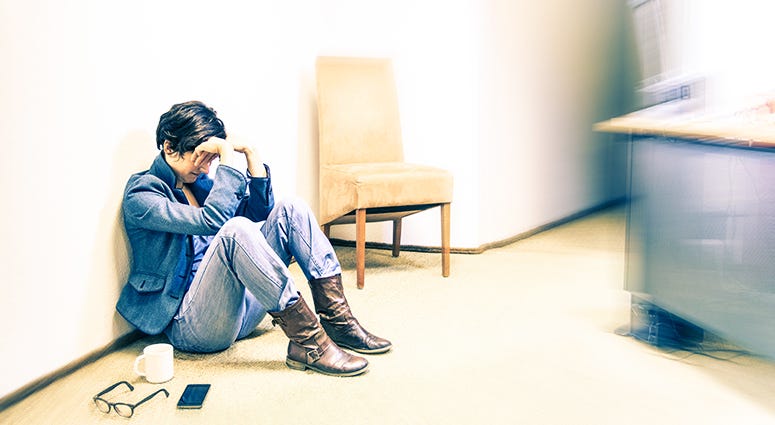 In 2017, a web developer named Madalyn Parker wrote an email that not only started a conversation about mental health in the workplace, but also ignited a self-care movement.

"Hey team,” Parker wrote, “I'm taking today and tomorrow to focus on my mental health. Hopefully, I'll be back next week refreshed and back to 100%.”

The email was simple enough, but CEO Ben Congleton’s kind response threw the Twittersphere into a frenzy. Hundreds of social media users flocked to Parker’s Twitter page to praise her for making such a “brave” move. The only question is, why are we so shocked to hear that it’s perfectly OK to take a mental health day? Our mental health is just as important, if not more important, than our physical health.

Neglecting your mental health can have a negative impact on your work ethic and productivity. Research shows a strong correlation between mental health disorders and reduced productivity in the workplace. According to the World Health Organization (WHO), an estimated 200 million workdays are lost each year due to depression alone. In addition, the Norwegian Institute of Public Health reports that employees who struggle with both anxiety and depression are more likely to take an extended number of sick days (more than 90 days).

Unsurprisingly, mental illness not only affects the individual, but also the individual’s family, including romantic partner. Oftentimes, people with depression find the simplest of tasks impossible, and instead of reaching out for help, keep issues hidden. Dr. Monica Cain, a counseling psychologist at Nightingale hospital in London told The Guardian, “It can feel quite shameful for them to say, ‘I’m finding it difficult to stay on top of it.”

People who suffer even the mildest of mental health problems have been proven to have a lower life expectancy. According to a study published by the British Medical Journal, people who have a high level of anxiety or depression had a 94 percent increased risk of death.

So what’s the moral to this story? Prioritizing your mental health and the mental health of your employees means you’ll live a longer, more fulfilling life. Making optimal mental health a workplace priority will ensure your team is happy, productive and engaged in a positive office culture.

This article was written by Tabitha Britt for Small Business Pulse