The MLB season began on earnest Wednesday with pitchers and catchers reporting to spring training for several teams. Every MLB team relies on far more than the 25 players on its Opening Day roster during the course of the famously long 162-game campaign. Many of those players are rookies who are new or new-ish faces for a lot of fans.

Some of these newbs will have a shot at everyday jobs right away, while others will have to play their way up to the big leagues and into the lineup. Regardless of how they get there, here’s 11 young players who are likely to make a splash on the biggest stage this summer: 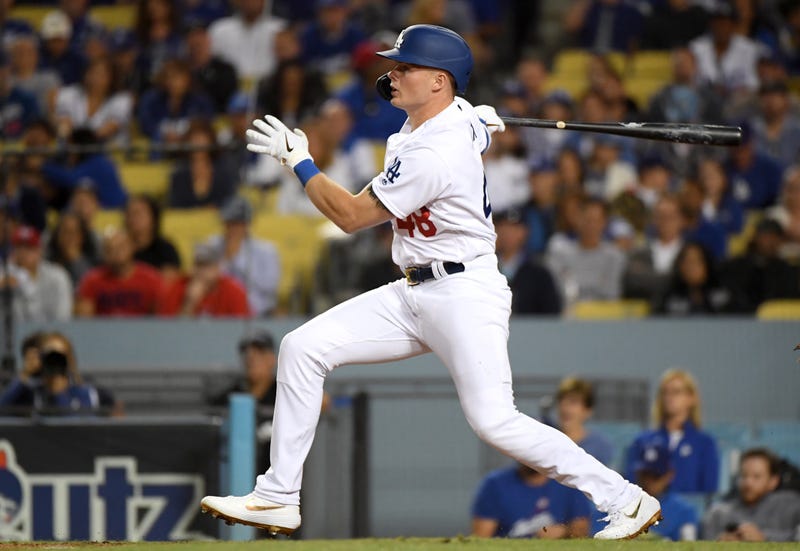 Lux, an infielder, and May, a hard-throwing pitcher, both had brief stints in the major leagues last season. Lux turned 22 in November and has nothing left to prove in the minors after demolishing pitching in both Double-A and Triple-A in 2019. He projects as the Dodgers’ starting second baseman on Opening Day and is an early favorite for NL Rookie of the Year.

May, also 22, should be on the Dodgers’ staff one way or another, whether it’s as a starter, a reliever, or even a swing man. The 6’6” right-hander was groomed as a starter in the minors, facing little resistance from hitters down there, and looked sharp across 34 innings as a spot-starter and reliever in the majors last year.

May will mark three years since the White Sox signed the highly coveted Robert as a five-tool outfield prospect out of Cuba. After struggling through injuries in 2018, Robert rebounded with a huge season last year, reestablishing him as one of the game’s top prospects. A callup never materialized late last season even though Robert probably earned it, but this time around he’s expected to make the big club coming out of camp. Robert is among the early favorites for AL Rookie of the Year. 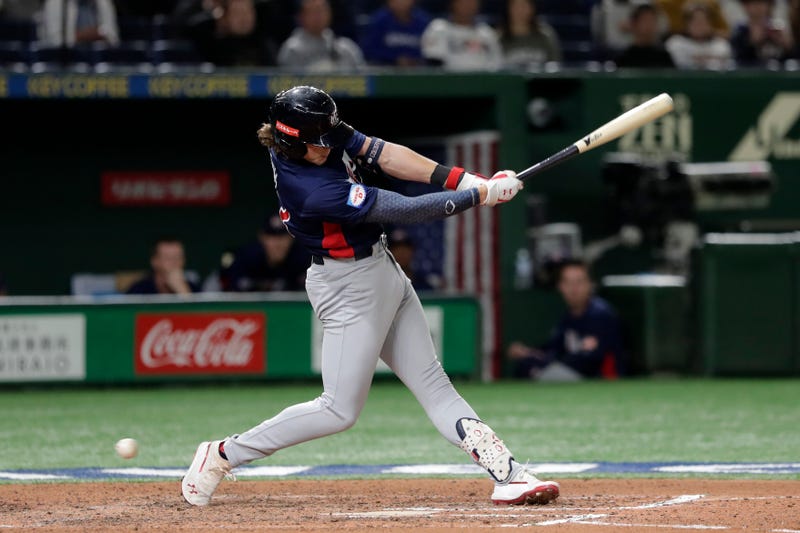 Bohm, who turns 24 in August, raked across three levels in the minors last year after the Phils drafted him third overall in 2018. There are questions about whether he can play third base at his size (6’5”, 225 pounds), but his bat appears to be ready for the Majors. The Phillies are apparently committed to giving Scott Kingery a shot at third base, but Kingery could get shuffled back to center field, where he played last year, if Adam Haseley and Roman Quinn struggle in center. Such a scenario would free up third base for Bohm. 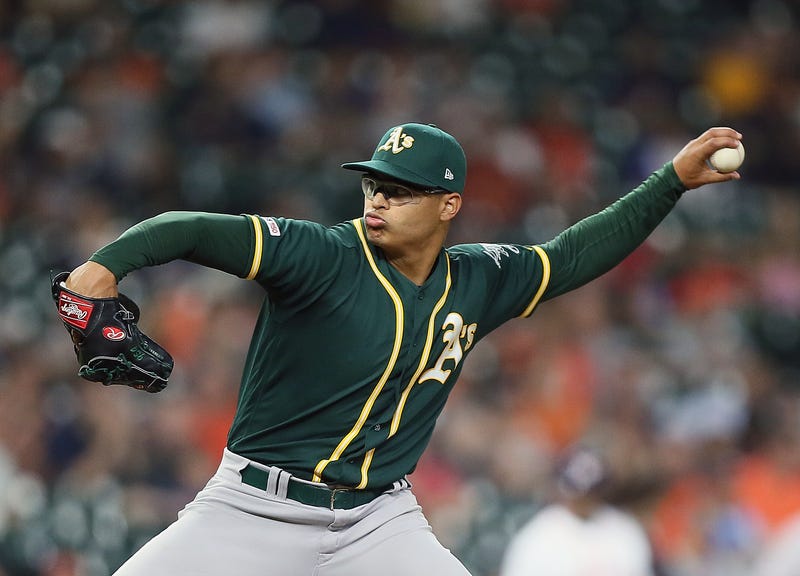 Jesus Luzardo was limited to 55 innings in 2019 due to injuries. Photo credit Getty Images

Luzardo was a trendy preseason pick for AL Rookie of the Year in 2019 before an injury in spring training, and subsequent separate injury while rehabbing, sidelined him for most of the season. He looked terrific working out of the bullpen upon returning late in the second half, and is once again a ROY favorite in 2020. Pitching in the pitcher’s haven of Oakland Coliseum can only help his case. 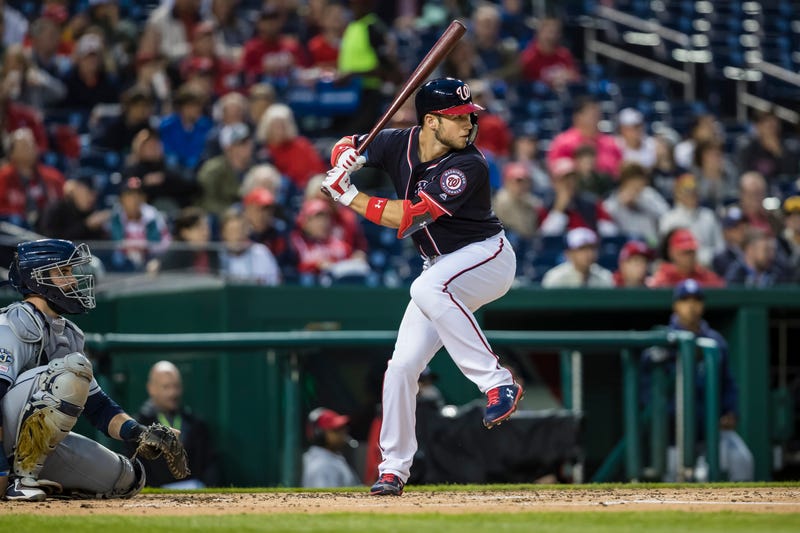 Kieboom will have the unenviable task of stepping in at third base for all-world stud Anthony Rendon, who parlayed his brilliant 2019 campaign with the Nationals into a mega-deal with the Los Angeles Angels. Kieboom flopped in a brief 11-game stint in the majors last year but was terrific in Triple-A, hitting 303/409/493. He was groomed as a shortstop and can also play second base in addition to third, further enhancing his value. With his talent and the opportunity to play every day, Kieboom is another top contender for NL ROY. 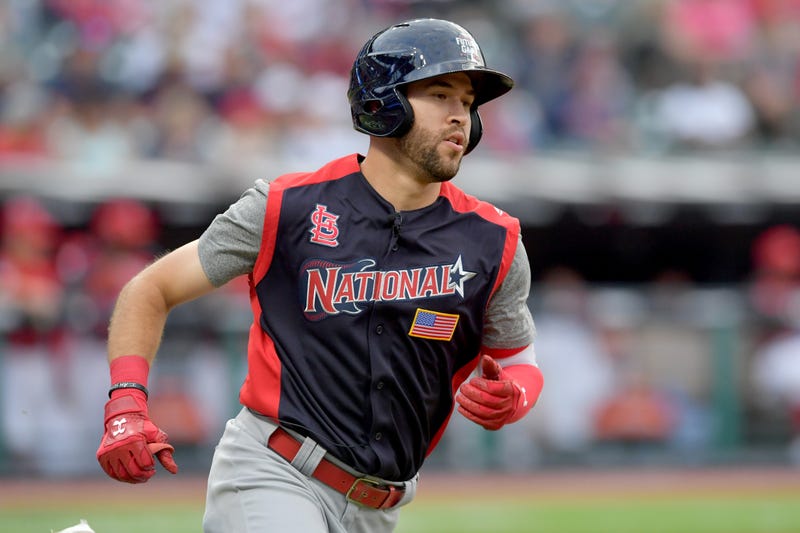 Carlson is touted as a polished switch-hitter who can play across the outfield. He finally broke out in Double-A and Triple-A last season, earning Texas League MVP honors, following a couple solid but unspectacular years after he was a first-round pick out of high school in 2016. Cardinals manager Mike Shildt acknowledged Carlson would be an in-house candidate to replace Ozuna if he departed via free agency, which he did. Carlson has some competition for the final outfield spot in Lane Thomas and Tyler O'Neill, but it appears the job could be his if he makes a strong impression in spring training. 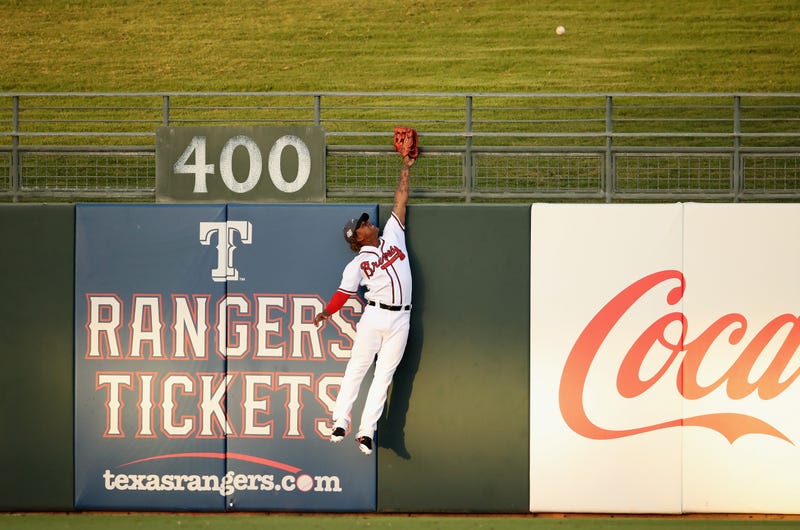 The Braves signed Marcell Ozuna to improve their flagging outfield, but they still may want to improve over Ender Inciarte, who was injured and ineffective much of last season, in center field. The Braves didn’t make any offseason moves toward that end, and it’s safe to assume the presence of Pache is why. Pache’s outfield defense has prospect watchers buzzing, and he held his own with the bat in Double-A as a 20-year-old. The Braves have no incentive to rush Pache, who doesn’t turn 22 until November, but he could force their hand with a hot spring. 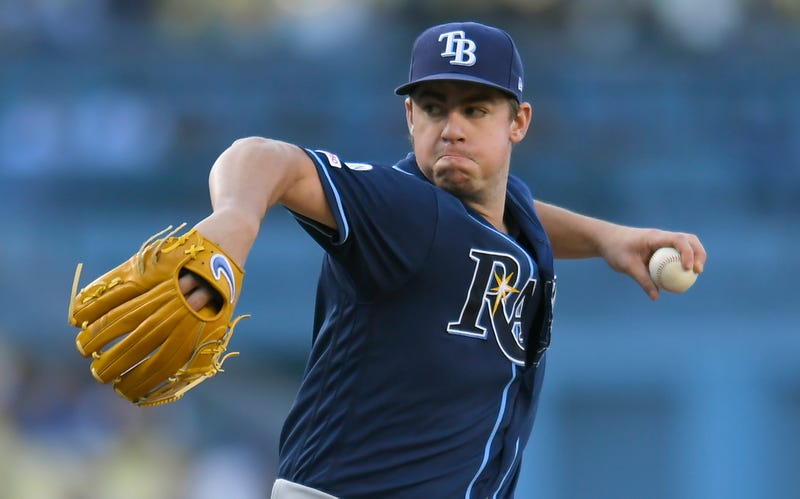 Brendan McKay pitched in 13 games for the Rays in 2019, including 11 starts. Photo credit Getty Images

McKay made headlines as a prospect as both a pitcher and a first baseman, but it appears the Rays understandably value him foremost as a hurler. After dominating at both Double-A and Triple-A last year, the lefty was promoted to the big leagues and tossed 49 innings, to mixed results. He struck out more than a batter per inning and walked fewer than 3.00 per nine, but he was also hit hard to the tune of a .331 BABIP and 13% home run rate. It’s not totally clear what role he’ll fill for the Rays in 2020, but McKay should be featured prominently assuming some of the rougher aspects of last year's debut even out. 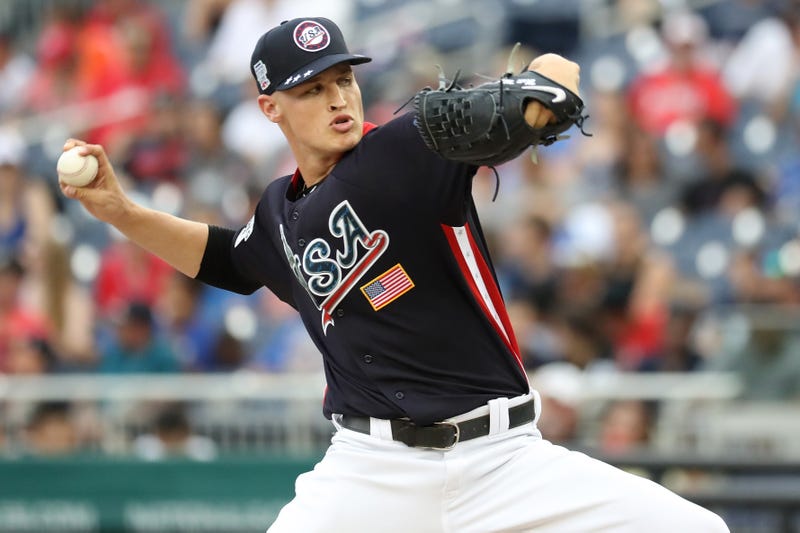 Matt Manning fanned more than a batter per inning in 133 2/3 innings in Double-A in 2019. Photo credit Getty Images

The Tigers have a pair of premium right-handed pitching prospects in former first-rounders Manning and Mize. Neither is expected to break camp with the big league club out of spring training, and with the Tigers rebuilding, there’s no need to rush them up. But if the Tigers struggle out of the gate, and either or both pitchers get off to hot starts in the minors, they could be up sooner than later. Mize, the first overall pick in 2018, turns 23 on May 1, while Manning, who turned 22 in January, has a longer track record of success in the minors.

The Yankees suddenly have a rotation spot up for grabs with the news that James Paxton could be out through May after back surgery. Garcia is one of several contenders to step in, though Jordan Montgomery is said to be the leader of the pack. Manager Aaron Boone signaled a cautious approach in bringing along the 20-year-old Garcia, so it sounds like he probably won't make the Opening Day roster. But it's not hard to envision a scenario where Garcia gets called up if he looks sharp this spring and the alternatives are injured or struggling.