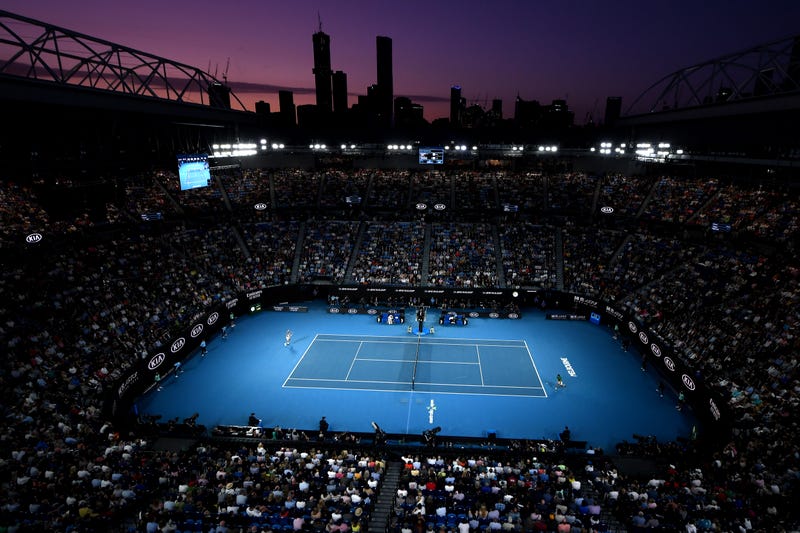 With the arrival of warm-weather seasons in North America and Europe, tennis season is inching toward its anticipated full return, with outdoor events scheduled somewhere in those regions for most of the weeks remaining in the calendar year 2020.

While the ATP Tour season technically kicks off every year in January, the early months are populated mostly with ATP Tour 250-tier events aside from the Australian Open, won this year by Novak Djokovic.

Unfortunately, though, like most sports, the ATP Tour season met an early obstacle in the coronavirus pandemic. More on that and the rest of the 2020 ATP schedule:

The Indian Wells Masters is the first ATP Tour Masters 1000 event of the calendar year. Unfortunately, this year's installment was postponed on the day it was scheduled to begin due to a confirmed case of coronavirus in California's Coachella Valley, home to Indian Wells. Event organizers did not immediately provide a makeup date but said they were exploring their options.

Shortly after the postponement of Indian Wells, the ATP Tour said the Miami Open was "moving forward as scheduled" despite a surge in coronavirus cases nationally. Some stars, such as Rafael Nadal, were weighing whether to skip the tournament. Reigning champ Roger Federer was ruled out well advance while recovering from a knee injury.

Local favorite Fabio Fognini may not get a chance to defend his title owing to the host city's proximity to Italy, which was hit hard by the coronavirus.

The Italian Open marks the final Masters 1000-level tuneup before the French Open.

Reigning champion Nadal will look to add to his record 12 French Open titles.

There are no Masters 1000-tier events in June, but there are two 250-tier grass tournaments each week, meant to serve as tuneups for Wimbledon.

Two-time defending men's gold medal winner Andy Murray, the first to achieve that feat, is questionable for both Wimbledon and the Olympics due to lingering issues from hip surgery. Novak Djokovic can complete a career golden slam if he wins the gold medal.

Those who don't partake in the Olympics can play in the Atlanta Open or Austrian Open Kitzbuhel, both 250-level events.

A busy run of tuneups before the US Open culminates in Cincinnati, arguably the biggest non-major event on the tennis calendar. Daniil Medvedev, who emerged as a breakout star in 2019, won the tournament last year. He went on to the finals of the US Open, before falling to Nadal.

The final grand slam on the tennis calendar, the US Open marks the unofficial end of the season for many casual fans. Reigning champ Nadal will be looking for his fifth title.

The ATP season officially ends with this indoor event, held in London. Last year, 21-year-old Stefanos Tsitsipas of Greece took the crown, finishing off a breakout year in which he reached the semifinals of the Australian Open.

The season-ending Davis Cup brings some of the shameless nationalism and trash-talking of the Ryder Cup to tennis. Spain, led by MVP Nadal, won this non-ATP event in 2019.