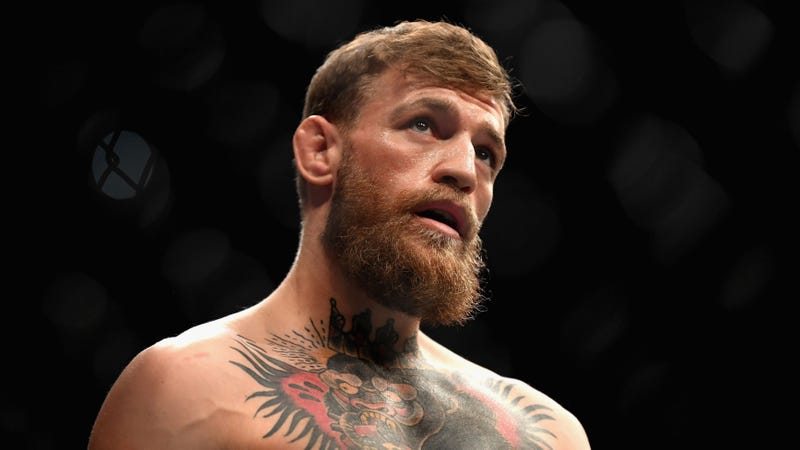 Former two-division UFC champion Conor McGregor has maintained his negotiating leverage since he knocked out featherweight kingpin Jose Aldo back at UFC 194. He needs it now. McGregor's next fight may be the most important of his career -- as he looks to avoid taking consecutive losses for the first time -- and the opponent he pursues will be essential to the brash superstar's legacy.

There seem to have been more solar eclipses over the past few years than there were McGregor victories. The Irishman started his UFC tenure with seven straight wins, culminating in the victory over Aldo, to capture the attention of the fight world. Then came the back-and-forth Nate Diaz rivalry. Then he won the lightweight title to pair with his featherweight title and set up a boxing megafight against Floyd Mayweather. But it has been 28 months since McGregor had his hand raised inside the cage.

Now, let's put things in perspective. McGregor is 2-2 in his past four fights inside the Octagon, but he indirectly helped engineer UFC’s $4 billion sale to WME-IMG as well as the company's five-year, $1.5 billion broadcast deal with ESPN.

With his knockout-heavy fighting style and larger-than-life public persona, McGregor climbed the rankings and showed just how valuable a commodity a UFC fighter can be when he boxed Mayweather in 2017. Though McGregor lost via TKO, he netted a remarkable $99 million. He landed in fourth on the 2018’s Forbes Highest Paid Athletes list behind Mayweather ($285M) and global soccer superstars Lionel Messi ($111M) and Cristiano Ronaldo ($108M).

McGregor has continued to make high-profile appearances -- and money, lots of money -- since he fought Mayweather. Critics question the Irishman's desire to again become a UFC champion as he devotes most of his time to developing his whiskey brand. Leading up to McGregor's loss to Khabib Nurmagomedov at UFC 229, the public saw a businessman rather than the hungry champion McGregor previously had been.

McGregor's over-the-top verbal attacks on his opponents caught up to him when he suffered a one-sided beatdown from Nurmagomedov in their lightweight title fight last October. McGregor and his team clamored for an immediate rematch, but even UFC -- typically inclined to push for the most profitable matchups -- hasn't put much consideration in running that one back.

For a fight like that Donald, I’ll fight you.
Congratulations.

Cerrone was raring to go, but unfortunately it seems McGregor and UFC can’t agree to terms for what would be a fantastic fight stylistically and promotionally.

Now McGregor will keep close tabs on next month's UFC 236 main event between featherweight champion Max Holloway and Dustin Poirier for the interim lightweight title (while Nurmagomedov serves out his suspension from the UFC 229 post-fight melee). McGregor has beaten each fighter before: It's a favorable matchup and a fast route back to a belt.

McGregor still very much can dictate his next opponent. Fighting Cerrone, Holloway or Poirier would mean McGregor could focus on sharpening his striking rather than his wrestling for the time being. If McGregor won that next fight, he would turn to a rematch against Nurmagomedov and a grueling wrestling training camp.

Let's say Holloway beats Poirier at UFC 236. UFC and McGregor could decide to book McGregor vs. Holloway 2 for the summer. Then let's say McGregor beats Holloway. Everyone will clamor for the rematch against Nurmagomedov, which easily could eclipse the record 2.4 million pay-per-view buys from their first fight.

This scenario is several steps away. But it would be interesting to see whether the former "double-champ" -- at one time the face of UFC and perhaps still its best-known athlete -- still has the drive to be an elite fighter.