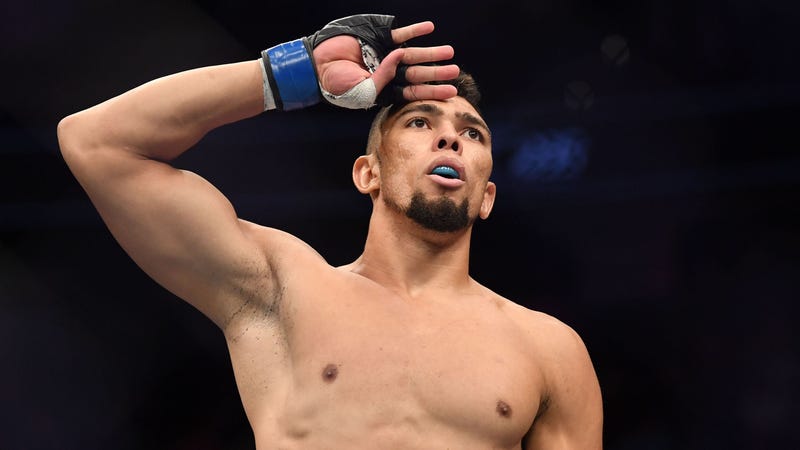 Since making his UFC debut just seven months ago, light heavyweight Johnny Walker has four straight victories, the past three by resounding first-round knockouts that earned him performance-of-the-night bonuses.

The 26-year-old Brazilian, who stands a towering 6-foot-6 and bears a resemblance to New York Yankees slugger Aaron Judge, has appeared nearly unstoppable, winning nine straight fights overall, seven of them by KO or TKO. Skilled in muay Thai and dance, Walker is becoming known for his love for the flying knee as well as his over-the-top post-fight celebrations (he injured his shoulder doing the worm at UFC 235 last weekend).

But it hasn't always been flawless for Walker. He has lost three of his 20 professional fights in a six-year career, one by a vicious knockout in just 18 seconds against Henrique Silva. Walker's wild striking has allowed him to pile up highlight-reel knockouts, but it also leaves him exposed and vulnerable at times.

UFC president Dana White seems to have recognized some of the flaws in Walker's attack. "We're not looking to throw him in against anyone serious anytime soon," White said last weekend. As more and more footage of Walker starts to pile up, opponents may able to pick up on the rising star's tendencies. But Walker appears undaunted, saying he wants to fight former No. 1 contender Alexander Gustaffson in the coming months.

Walker's entry into UFC is reminiscent of the meteoric rises of former bantamweight champion Cody Garbrandt and former heavyweight No. 1 contender Francis Ngannou. It took Garbrandt five fights in less than two years to earn a title fight against Dominick Cruz; Ngannou needed six fights in two years to get to a title fight versus Stipe Miocic.

If Walker can stay on course with two or three more wins, a title opportunity is not too far away.