The COVID-19 outbreak has suspended the NBA and NHL seasons, delayed the MLB season, caused hundreds of major sporting events to be postponed, shut down various training facilities, turned stadiums into test sites and so much more throughout the world of sports.

But while the bulk of media attention has been devoted to reports of how various aspects of the professional sports atmosphere are at a complete standstill, the ability for everyday people to play sports throughout this stressful time has not been highlighted to the same extent.

Drastic measures are being taken to prevent physical contact through sports, thus promoting social distancing, and some of the latest acts taken by state and municipal governments show just how seriously they’re taking this crisis.

On Tuesday, Philadelphia joined a growing list of major cities that have taken measures to prevent games of pick-up basketball from occurring. Pick-up basketball requires several people, often strangers, to make physical contact frequently, which seems like a glaringly obvious interaction to avoid at this time. Still, it hasn’t stopped some from using basketball as an escape from the stay-at-home reality that has overtaken the country.

According to Michael Tanenbaum of Philly Voice, Philadelphia park officials are literally taking the rims right off of the backboards in hotspot areas, thus making the game practically impossible to play. The city’s health commissioner, Thomas Farley, noted that anyone who was taking part in these impromptu games were putting “friends”, “families” and “themselves” at major risk.

New York City had already been a part of this movement, taking down rims all across the city. Several of the courts are widely renowned for hosting NBA-level talent in famous pickup games, such as Rucker Park in Brooklyn. Mayor de Blasio elected to remove the hoops there and at 79 other courts throughout the Big Apple in the effort to fight against the spread of coronavirus. In a press conference, de Blasio added that they would take down tennis and soccer nets if social distancing continued to be a failed strategy at certain locations. 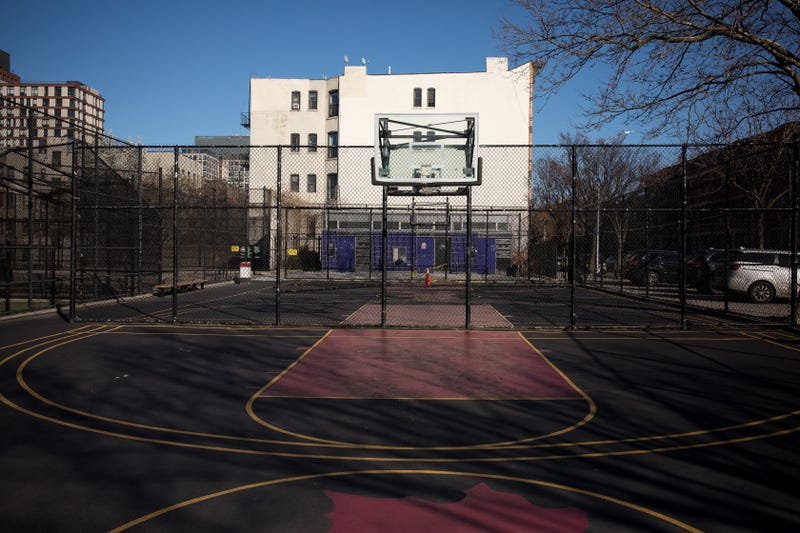 The full list is available on the city’s Parks and Recreation website. According to the site, the list of courts was selected based on the fact that they are “locations where repeated attempts at social distancing have not been successful.” The total number of hoops removed in New York, when considered altogether, comes to a staggering amount.

New York has removed over 1,700 basketball rims across the city due to COVID-19. Other cities such as Baltimore, Philadelphia, Charlotte, and Memphis are starting to do so as well, according to @ABC.

Mayor Lori E. Lightfoot issued an executive order that, among other restrictions, completely prohibits any contact sports like basketball and football.

My friend and UIC great Kenny Williams just posted this picture on his Facebook page. Playground rims are getting this treatment all over Chicago. pic.twitter.com/gOrI3XhTI5

Boston's Parks and Rec department lists several sports that are prohibited and have placed zip ties over various hoops to make them unusable.

It’s ok to kick a ball around with members of your immediate family. But please, no group sports where you will come into contact with others. #PhysicalDistancing #StayHomeSaveLives

One of the cities hit hardest by the coronavirus, due in part to the timing with Mardi Gras, was also one of the earliest to close down public areas like basketball courts.

The nation's capital, like other cities taking part in this strategy, at first attempted to just discourage the use of public spaces. They did in fact "close" them earlier in March.

All DPR facilities, playgrounds + gated facilities are CLOSED and scheduled to reopen on Mon, April 27.
Dog parks, skate parks, trails and open green spaces remain open during normal hours.
During this time, practice social distancing, and as much as possible ... #StayHomeDC pic.twitter.com/HMErx0QYJI

However, after that didn't work, Washington, D.C. Parks and Rec also decided to remove basketball hoops in "high-traffic" locations (via American University Radio).

Baltimore is another one of the major locations in which tennis courts have taken down nets along with the removal of basketball hoops.

Baltimore City Rec and Parks has removed rims from basketball courts and taken down the nets at tennis courts to prevent groups of 10 or more from gathering. Trails, parks, and other public spaces remain open, with the reminder to stay 6 feet apart #SocialDistancing @wmar2news pic.twitter.com/igF79mNLij

Along with basketball courts, all city playgrounds, roller rinks, and tennis, racquetball, handball, and pickle ball courts are also closed to the public until at least April 22 (via Sam Masterson of KMOX). 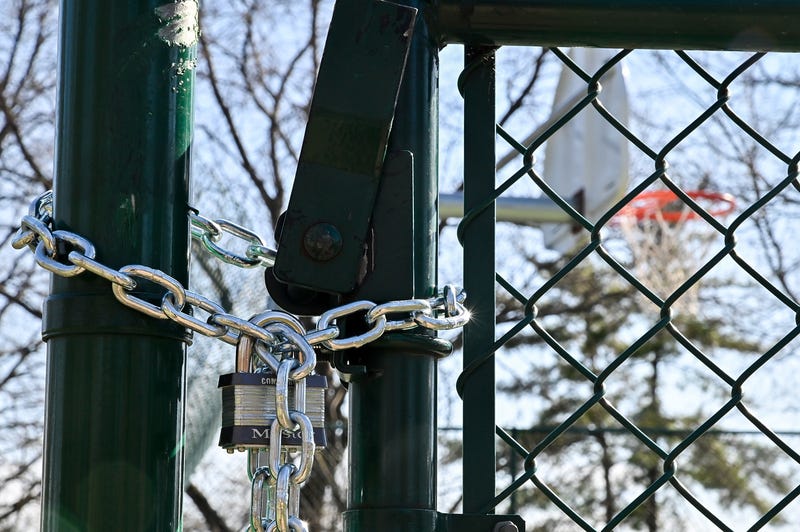 Here are more pictures of the measures taken across the nation to prevent public games of basketball from occurring. 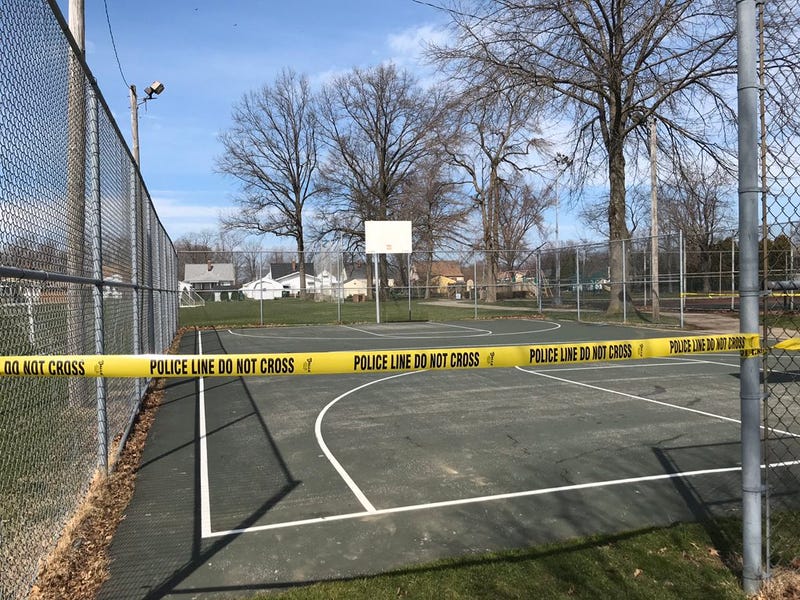 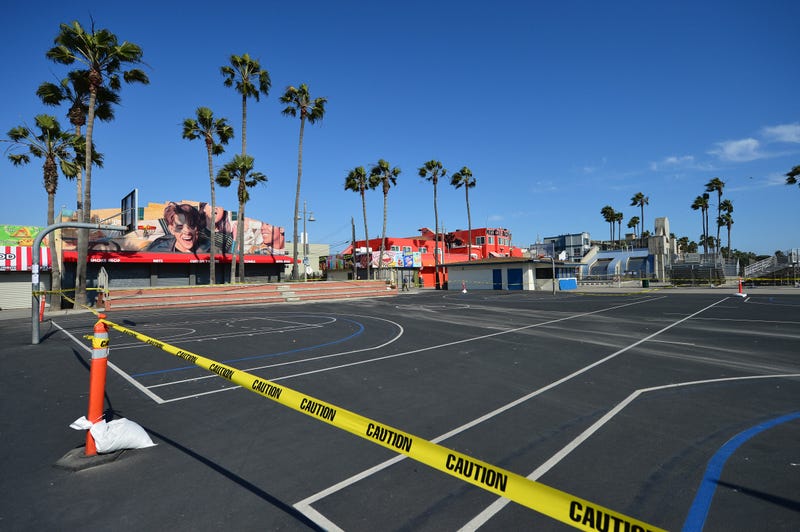 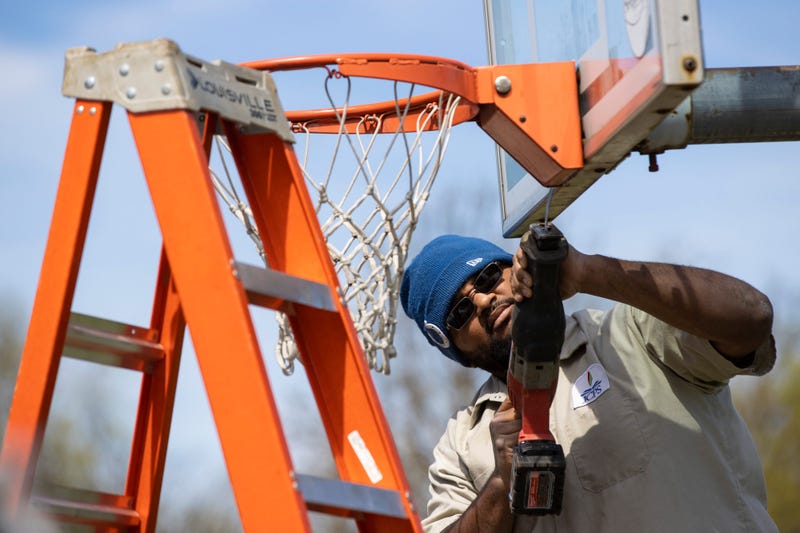