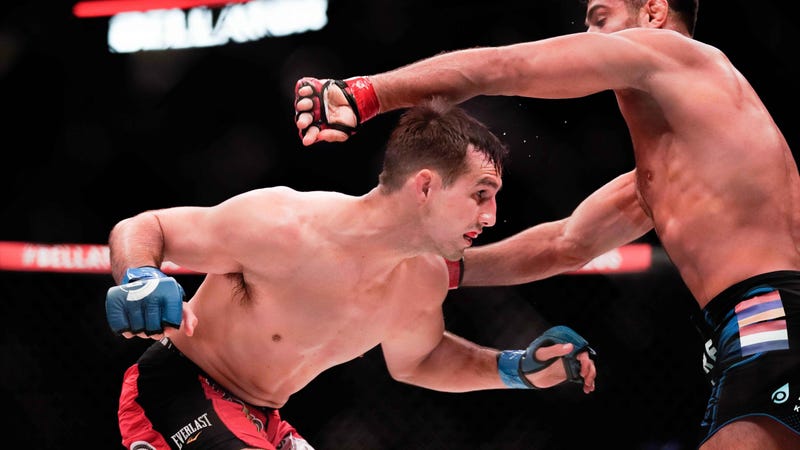 Bellator welterweight champion Rory MacDonald is set to fight Jon Fitch on Saturday evening in the main event of Bellator 220, at the SAP Center in San Jose, Calif., a bout that is part of the first round of the company's Welterweight Grand Prix.

Bellator president Scott Coker has gone on the record multiple times stating MacDonald is the best welterweight in all of MMA, not just Bellator. MacDonald, a 29-year-old Canadian known as "The Red King," is making his fourth fight in Bellator after a six-plus-year run in UFC. Coming off a TKO loss to Gegard Mousasi at middleweight last September, MacDonald has said he is locked in this time with no distractions.

MacDonald told our "Outside the Cage" podcast that he is fully prepared for Fitch's arsenal, saying the 41-year-old veteran's strength is "to wrestle and grind guys out and wear them out and get the finish if he can or win on points." This sort of game-plan suits MacDonald's style very well: He's versed in wrestling and Jiu-Jitsu, and has a solid takedown defense to keep the fight standing if he chooses.

Just don't expect MacDonald to be drawn into an all-out war. The days of him being in an epic, five-round brawl -- such as the one he had with Robbie Lawler at UFC 189 in 2015 -- are in the past. MacDonald says fatherhood has influenced his outlook and his strategy inside the cage. The champ still plans to re-sign with Bellator once his deal ends after the welterweight grand prix.

MacDonald told "Outside the Cage" his driving force to continue fighting is "competing at a high level with top talent and being victorious in a mixed martial arts tournament." That opportunity is in front of him now, in Bellator's first welterweight grand prix, and it starts Saturday versus Fitch.