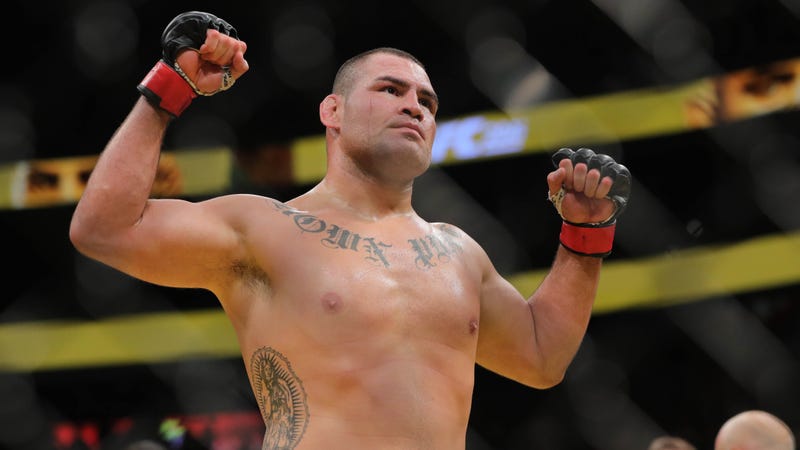 Velasquez, a tenacious wrestler with devastating punching power, was a main attraction for UFC in November 2011, when the promotion debuted on FOX. Now, on Sunday night, the former champion makes his much-anticipated return on ESPN's first big UFC cable broadcast.

Most of ESPN's UFC content on its five-year, $1.5 billion deal will be found through its ESPN+ subscription service. The ESPN cards are for the more frugal and casual fight fans, and on Sunday night, "UFC on ESPN 1" features 10 live and free fights from Talking Stick Resort Arena in Phoenix, starting at 7 p.m. ET.

Velasquez is hoping his showdown with Francis Ngannou goes differently than his initial fight on FOX eight years ago, when he was flattened by an overhand right from Junior dos Santos in a mere 64 seconds to lose his heavyweight belt and his undefeated record.

This matchup has been compared widely to Velasquez's first fight against dos Santos. Ngannou has a similar style and stature: a tall boxer who is looking to end the fight in one swift punch. Six of of Ngannou’s seven victories in UFC have come via knockout. The Cameroon native shot up the heavyweight ranks in 2017, landing a title shot in early 2018 against then-champion Stipe Miocic. Ngannou was outwrestled by Miocic to drop a unanimous decision, then struggled against Derrick Lewis in lackluster loss last July, appearing unwilling to commit on his strikes. The fight was one of the most boring heavyweight fights in MMA history with just 31 total strikes landing over three rounds. Ngannou bounced back in the fall when he demolished Curtis Blaydes with a first-round knockout, setting him back on track for to a title shot.

Now he turns his focus to Velasquez. Ngannou has the pre-fight edge primarily on the basis of Velasquez’s suspect health. Nagging back injuries have plagued him throughout his career. The 36-year-old Velasquez has fought just six times since the loss to dos Santos (he beat dos Santos in a pair of rematches), and last stepped foot in the cage in July 2016 at UFC 200. Velasquez promises his health is no longer an issue, but it may not matter against Ngannou's heavy precision strikes.

In the co-main event between lightweights Paul Felder and James Vick, expect a finish or a three-round toe-to-toe slugfest. Both men are technically sound strikers, but for some reason, when the door shuts behind them, it’s all-out chaos. It’s the perfect fight to get the casual fan hooked or make your grandma nauseous!

Felder, a 34-year-old product of Philadelphia, uses Muay Thai as his core discipline, and when all else fails, his heart has helped him prevail. Felder had a chaotic 2018: He had three fights fall apart due to matchmaking, timing and late replacements. When he finally fought at UFC 226 in July, he moved up in weight on short notice to fight the young brawler Mike Perry. Felder lost a three-round bloodbath -- but gained a lot of admiration in the MMA community as he finished the fight with a broken arm. Vick, a 31-year-old Texan, is fighting for a place inside the top 10 in the lightweight rankings. In his last fight, Vick faced the toughest test of his career, and was knocked out in the first round by Justin Gaethje. These two ferocious lightweights have everything to gain with this big opportunity on ESPN’s first full event. I see Felder outwitting the younger Vick with powerful kicks and rangy punches.

Classic striker vs. grappler matchup. Caceres will attempt to slow the Gracie hype train. Caceres, a veteran of 19 UFC fights, has moments in each fight when he will unleash an acrobatic kick and follow it up with a smile. He has a big personality and entertainment value that have kept him in UFC despite a mediocre record.

Gracie, the grandson Brazilian Jiu-Jitsu founder Helio Gracie, is an opposite in terms of personality and style. He has the same stoic demeanor as his relative Royce Gracie, a former UFC champion. Kron’s grappling credentials are impeccable. His striking is the big unknown and a major factor why I’m leaning toward Caceres. There’s scant footage of Kron’s striking prowess, and he hasn’t had an MMA fight since 2016. Gracie will look to pressure Caceres, take him to the ground and try for a submission; six of Caceres’ 11 losses came by way of submission. But the lights may be too bright for Gracie at this juncture in his career. Caceres has the experience and needs a statement win.

This fight kicks off the main card on ESPN. Fili, trying to prove he’s more than just a scrappy fighter, faces a one-time hot prospect in Jury. A weight change and a gym switch led to Jury dropping three of his past five fights after a 15-0 pro start -- most recently a vicious knockout in July at the hands of former UFC featherweight title challenger Chad Mendes, the first knockout loss of Jury's career. If Fili can get past the more technical Jury, he’s a fighter fans will tune into watch. The fight comes down to whether or not Jury is motivated and whether Fili has added weapons to his arsenal. Expect Jury to stay on the outside with jabs and feints and to close the gap for a cross or a takedown when the opportunity presents itself.

The final fight of the prelims stars two fighters on a collision course for a top-five spot in the bantamweight division, each hunting for a title shot in 2019. The recent history for both fighters is the same: a vicious knockout loss to Marlon Moraes followed by a win at UFC 228 (Sterling had an addition win in between). Rivera, a native of New Jersey, and Sterling, a native of New York, have no prior meetings despite having fought in the same regional promotion in Atlantic City. A win represents some territorial bragging rights. Look for a cautious, over-thought fight; these two will put a ton of pressure on themselves to prove who’s the next big thing in the bantamweight division.