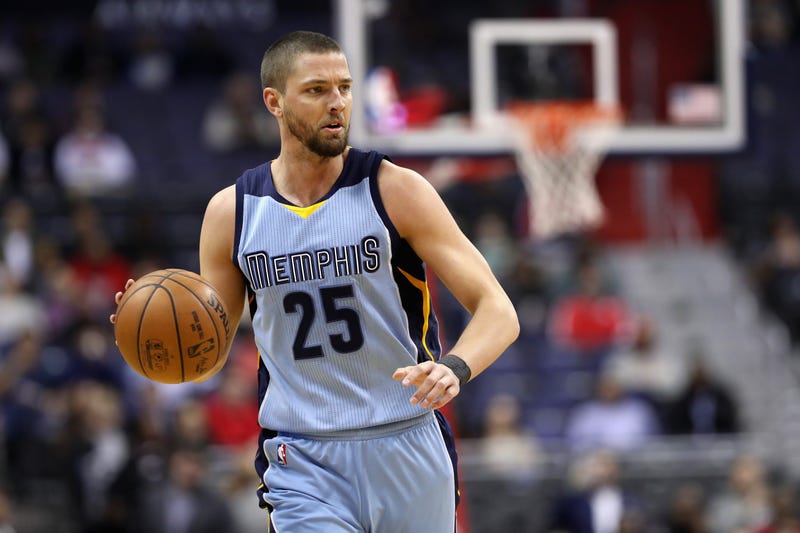 A car crash involving Atlanta Hawks forward Chandler Parsons last week could cost the nine-year veteran his career, according to his lawyers.

The Hawks announced on January 15 that Parsons had entered the NBA’s concussion protocol after suffering a concussion and whiplash in a crash earlier that day, but no additional details were revealed.

Now, Parsons’ legal team has claimed he suffered “multiple severe and permanent injuries” -- including a “traumatic" brain injury, herniated discs and a torn labrum — and that the driver who caused the three-vehicle crash was drunk at the time, “seriously injuring and potentially ending Mr. Parsons’ career as a professional athlete.” Parsons was on his way home from Hawks practice when the crash occurred around 2 p.m. ET, according to Morgan & Morgan, the firm representing Parsons.

"He is now working with a team of doctors to regain his health, and at this time, his ability to return to play is unclear,” according to the law firm.

The driver who allegedly caused the crash was asleep at the wheel when police officers arrived and was "only able to answer one question coherently," USA Today reported, citing an incident report from police in Brookhaven, Ga. Parsons declined transport to the hospital at the scene of the crash and returned to the Hawks practice facility, where he was treated and diagnosed with the concussion and whiplash.

Parsons has seen a promising career derailed by injuries in recent seasons. The 31-year-old wing was SEC Player of the Year and First-Team All SEC with Florida in 2011, and earned NBA All-Rookie Second Team honors in 2012. He averaged 14.3 points in 33 minutes per game in his first five seasons, but has played in only 100 games in four seasons since. He’s appeared in five games with the Hawks this season.