The responsibilities of a sports commentator don't end after understanding the game being played, researching players, coaches, statistics and more information, and being able to converse, analyze and improvise for hours on end. Sports commentators, as well as any other figures who spend their lives in front of a camera and microphone, have to constantly be aware of what they're saying, of the audience with which their words are being shared, and of anything that could potentially stir up controversy.

In some situations, like those of Thom Brennaman dropping a homophobic slur on a hot mic or Tony Bruno making bigoted remarks about NBA players, the controversy and resulting fallout is justifiable and completely warranted. There are some things that should never be said, whether they're uttered on a hot mic to millions of people or in a conversation with friends, and the severe consequences represent the wrongness of doing so. But in other circumstances, as NBC's Cris Collinsworth has come to understand from experience, words that weren't intended to cause any harm or controversy can do just that.

He shared what it can be like as an announcer and the difficulties of making sure no one gets upset in the latest episode of "The Peter King Podcast," available on RADIO.COM.

"...I don't know if this has happened to you or not," Collinsworth said to King, "but it has happened to me a ton of times — that I had no idea I said something controversial until the next day when i'm reading my name all over the newspapers, social media, or whatever the case may be, because you're on there (for) three hours. I mean, three hours of live television... the president of the United States barely talks for three hours in front of the audience that we have every single week.

"So, it's a dangerous, highwire act, but it's fun, right? You're alive. It's just like playing football."

And though Collinsworth lauds figures like Charles Barkley, John McEnroe and Terry Bradshaw for their ability to say anything at any time, making them unpredictable and supremely entertaining on TV, he also realizes that there are downsides to this. In fact, he's had experiences where networks aim to prevent any controversy with the help of code words.

"I always said doing that Fox pregame show with (Terry) Bradshaw was like walking the high wire," Collinsworth said. "You had to watch because you were never sure when somebody was gonna fall off and die... there was literally that possibility every single week and we actually had a codeword on that show, where it was basically 'hey, don't go there,' which means if anybody said that to you, you may not understand what you just said but you need to apologize immediately for what you just said."

With social justice, coronavirus and several other issues at the forefront in 2020, announcers need to be as careful as ever. Collinsworth's broadcasting partner, longtime announcer Al Michaels, drew a fair amount of criticism on the very first night of the 2020 NFL season for opting not to discuss the Black Lives Matter movement. 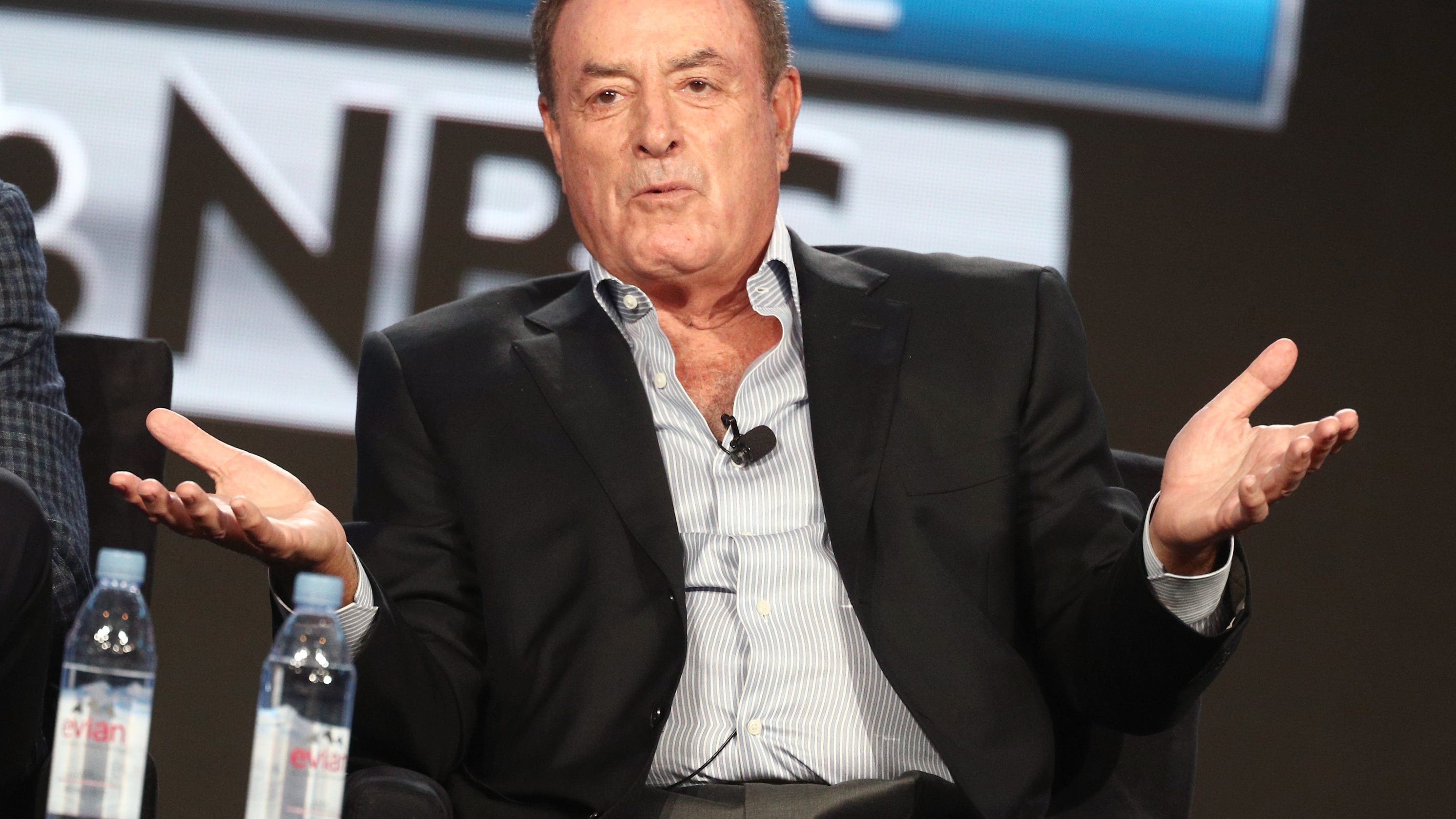