Eli Manning’s storied run as an NFL quarterback is over. The Giants legend is hanging up his pads and helmet after 16 seasons highlighted by two Super Bowl wins and two Super Bowl MVPs.

Despite the trophies and rings, Manning also leaves behind a mixed and hotly debated legacy. Belying his famously easygoing personality, the Ole Miss product has long been among the league’s more polarizing figures with respect to his on-field performance.

The debate over whether Eli was an “elite” quarterback raged throughout his playing days, but he kicked up a bit of a storm—and changed the fates of at least three franchises—before he had even suited up for an NFL game.
More on that moment and the others that shaped his fascinating career: 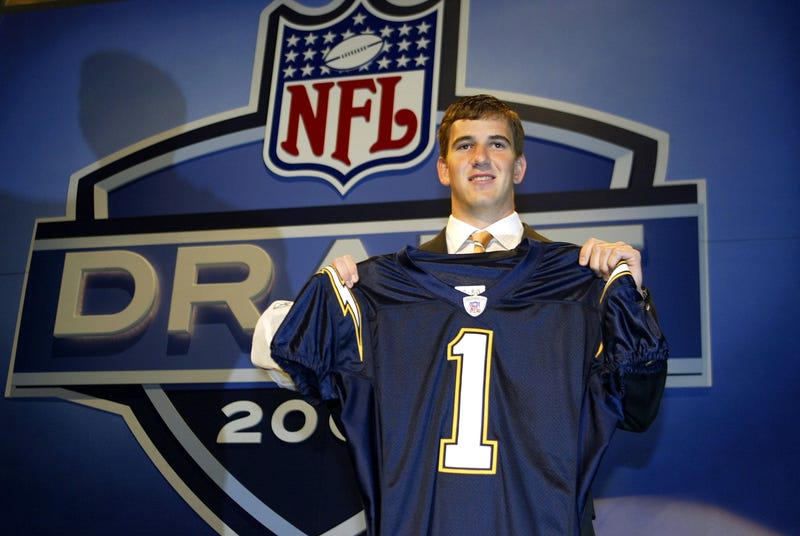 Eli Manning was drafted by the Chargers but never played a down for them. Photo credit Chris Trotman/Getty Images

The son and brother of NFL quarterbacks, Manning was a can’t-miss blue-chip prospect out of Ole Miss ahead of the 2004 draft. The problem was he didn’t want to play for the San Diego Chargers, who owned the first overall pick that year and coveted a quarterback to challenge the then-unproven Drew Brees, who went 2-9 as a starter with 11 touchdown passes and 15 picks in 2003.

The Chargers honored Manning's wish, drafting him first overall before dealing him to the Giants in exchange for Philip Rivers. San Diego then let Brees walk as a free agent after 2005, turning over the reins to Rivers. Eli and Brees combined for three Super Bowl wins while the Chargers never reached one under Rivers.

And now it’s one of the great “what if?” questions in NFL history: What if Manning had played for the Chargers? Would San Diego have let Brees walk? Would the Giants have kept Rivers? 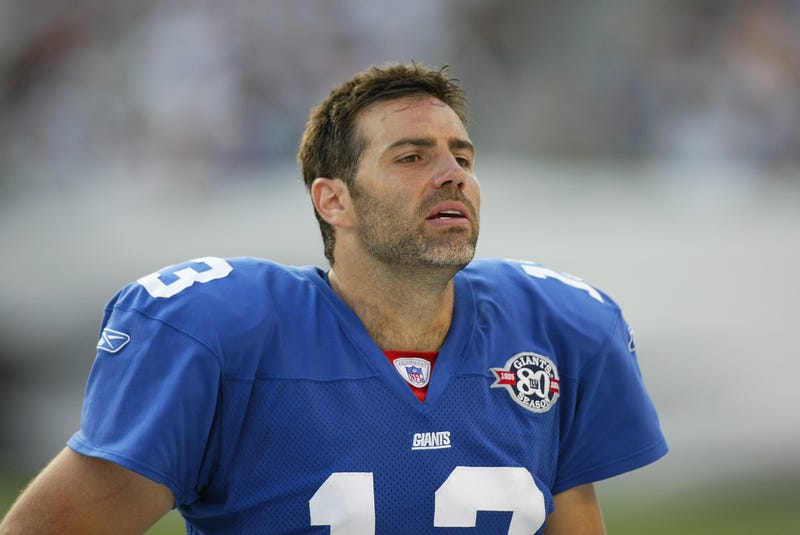 The Giants struggled to find a franchise quarterback after the Phil Simms-Jeff Hostetler era. Kerry Collins was found money for a three-year stretch, even leading the team to the Super Bowl, but the Giants wisely let him walk as a free agent after 2003. It’s little surprise, then, they were interested in snaring a quarterback in the 2004 draft which featured three future studs—Manning, Rivers, and Ben Roethlisberger.

But the Giants didn’t throw Eli into the fire right away, instead bringing in veteran Kurt Warner to keep the seat warm for him while he learned the ropes. Warner was cut by the Rams after two poor, injury-marred seasons, and there was little reason to think he would recapture the magic of his hey day in St. Louis.

Warner played well to start the season, though, guiding the team to a 5-4 record after its first nine games. However, the Giants stuck to their development plan for Manning and installed the rookie as starter at about midseason.

The Giants went 1-6 the rest of the way under Eli, and Warner became a free agent at season’s end after voiding his player option for 2005. He signed with the Arizona Cardinals, where he later led them to the Super Bowl in 2008. It might have stuck in the Giants' craw--had Eli not won his first Super Bowl a year earlier. 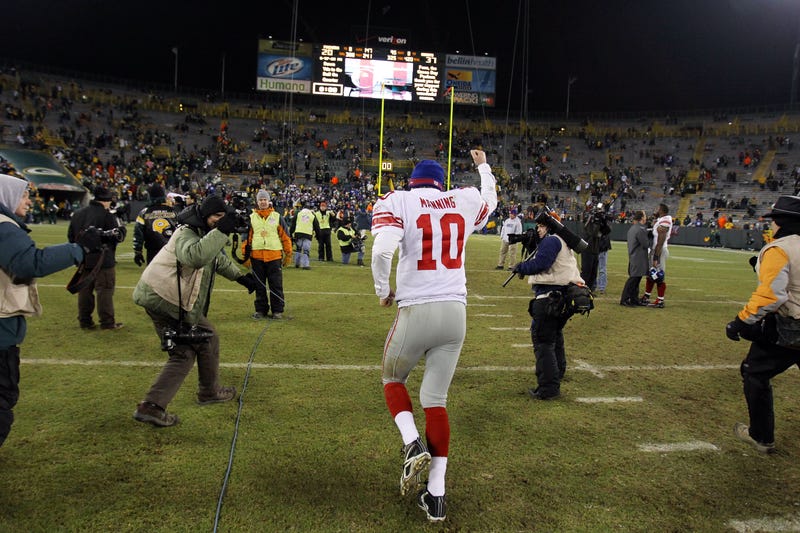 The Giants couldn’t have hoped for much more than two Super Bowl titles when they drafted Eli. They might have scripted those runs differently in a perfect world, though.

Neither of Eli’s title teams was projected to win it all at the outset of the playoffs. The 2007 team was the fifth seed after finishing 10-6 behind the first-place Cowboys. The 2011 team finished 9-7 and was the fourth seed, the lowest among the division winners that year.

The Giants missed out on a first-round bye in both seasons, and had to play all but one of their postseason games on the road—not typically an ideal formula for playoff success. But it was of little consequence to Eli, who twice led his teams to postseason wins in the inhospitable digs of Green Bay (including over the 14-2 Packers in 2011), as well as once in Dallas, and once in San Francisco in the epic 2011 NFC title game.

As if the rings alone aren’t impressive enough, Manning did the bulk of his postseason damage on the road. 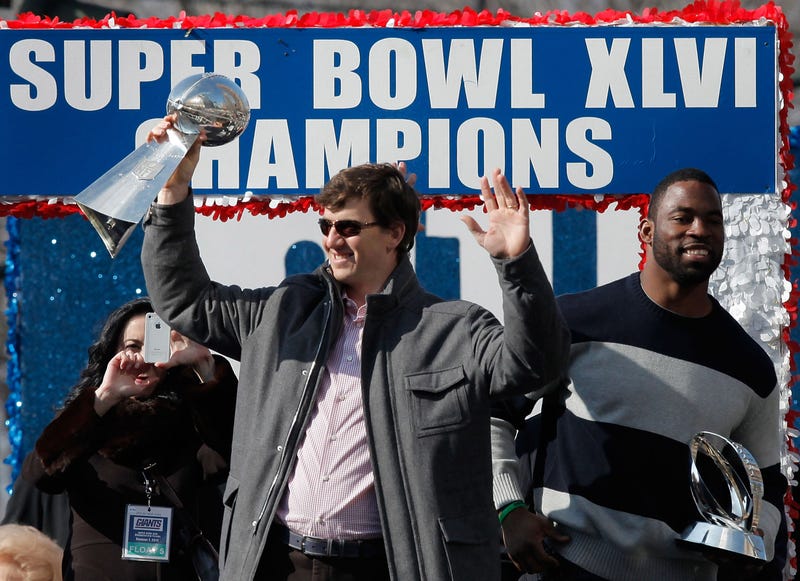 For at least two days in his long career, Manning was indisputably the best quarterback in the game. Eli famously punctuated his two longshot postseason runs with upset wins over the vaunted New England Patriots in the Super Bowl. Eli was terrific, clutch, and perhaps blind lucky in both games, outdueling Tom Brady, or at least fighting him to a draw, while keeping his superb defenses in the games and giving his teams a chance to win.

Manning’s numbers in those classic Super Bowls are solid but not gaudy—49 completions on 74 attempts (66%) for 551 yards, three touchdowns, and one pick. Most importantly, against two really good teams, he found a way to win when it was most important. If the stats don’t define Eli’s career-- and most agree they don’t--then the wins sure do.