ESPN is set to lay off several hundred employees at the behest of parent firm the Walt Disney Company, according to media reports.

The Worldwide Leader could dismiss as many as 700 workers, most of them who operate "behind the scenes," a Front Office Sports report said, though some on-air talent could also be affected -- particularly those on expiring contracts.

Earlier this week, legendary SportsCenter host Keith Olbermann announced the end of his third stint with the network, citing the end of the contract he signed in 2018. 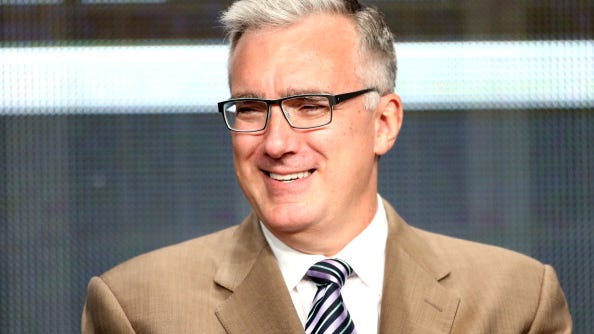 Top-paid talent and executives may also be asked to take cuts in an effort to trim as much as tens of millions in salary, the article said.

The move comes amid reported steep losses for Disney, whose theme-park businesses were said to have been hit hard by coronavirus-related shutdowns.

Disney World in Florida has reopened, but Disneyland in California remains closed, while Disney's movie empire is on pause with theaters shut or sparsely attended because of the virus.

Disney recently laid off 28,000 theme-park workers, about one-quarter of its workforce.

Houston Rockets owner Tilman Fertitta, who made his fortune in the hospitality business in Las Vegas, has reported similar economic woes.

ESPN has gone through a couple rounds of layoffs of notable size in recent years, specifically in the spring and fall of 2017.

The timing and scale of the layoffs was unclear, Awful Announcing reported, with one source suggesting they might be announced in January.

The cuts would hardly be the first in media, which has seen countless rounds of layoffs from prominent outlets throughout 2020.

news
Bald man arrested at hair salon after stylist couldn’t ‘bring his hair back’
news
Twitter confirms it may ban Trump after Biden inaugurated
news
Among first acts, Biden to call for 100 days of mask-wearing
music
Chance the Rapper reveals Jeremih is due to leave the hospital after COVID-19 battle
music
This Demi Lovato and All Time Low collab has been 9 years in the making
music
'Black Panther' star Letitia Wright reacts after getting 'cancelled' for vaccine video