Each week throughout the NFL preseason, we will look at the latest news around NFL training camps and how it impacts fantasy football, both for your fantasy draft strategy and what it means for the players themselves heading into the 2019 season.

Lamar Jackson Firing On All Cylinders

The second-year signal caller has shown marked improvement throughout the offseason, according to multiple reports.

Fantasy Fallout: On top of the conjecture that he’ll break Cam Newton’s record for quarterback rushes, it seems Jackson’s passing game has taken a big leap. ESPN Ravens reporter Jamison Henley tweeted that Jackson was connecting at a high rate and “throwing the ball with a lot of confidence,” while teammates Earl Thomas and Nick Boyle are lauding his performance so far. These reports then beg the question of whether or not Lamar Jackson can be trusted as a starting QB in fantasy. I feel much safer with a more proven signal-caller, but for those looking to take a risk, Jackson is a great choice who you can draft late and back up with someone like Philip Rivers or Kirk Cousins for a nice safety net.

The college standout and third-round draft pick was cut by Houston in a move that caught everyone by surprise, according to John McClain of the Houston Chronicle. Tom Pelissero of NFL Network then broke the news that, only a day later, the Colts scooped him up.

Fantasy Fallout: The winner from this? Houston RBs. Lamar Miller owns the Houston backfield for now, and there are many young running backs on the depth chart that could see an opportunity based on camp performances. If Foreman turns his injury-wrecked career around in Indianapolis, it will a) make the Colts an unstoppable force, and b) make the Texans look really, really bad. For now, though, it’s hard to trust the running back who has missed nearly two seasons with a devastating Achilles tear. It wasn’t solely the injury recovery and risk that got him cut, though, as McClain noted the team cited his poor work habits as a factor in the decision. Additionally, while Marlon Mack should be the lead in Indy, training camp should help to push someone to the front of the backup race, be it Foreman, Nyheim Heins, or Jordan Wilkins.

The first-round pick from this year’s draft has “linked up with Matthew Stafford for a number of touchdowns,” per Will Burchfield of 97.1 The Ticket.

Fantasy Fallout: With the scarcity of dependable tight ends, it’s encouraging to see that head coach Matt Patricia has praised the rookie’s consistency. Though Stafford usually hasn’t leaned on his tight end, Hockensen is a talent that they took very early- eighth overall, as a matter of fact- and want to use right away. He’s not even being taken in all drafts, so you can take him late as a backup TE and wait to see if something develops. 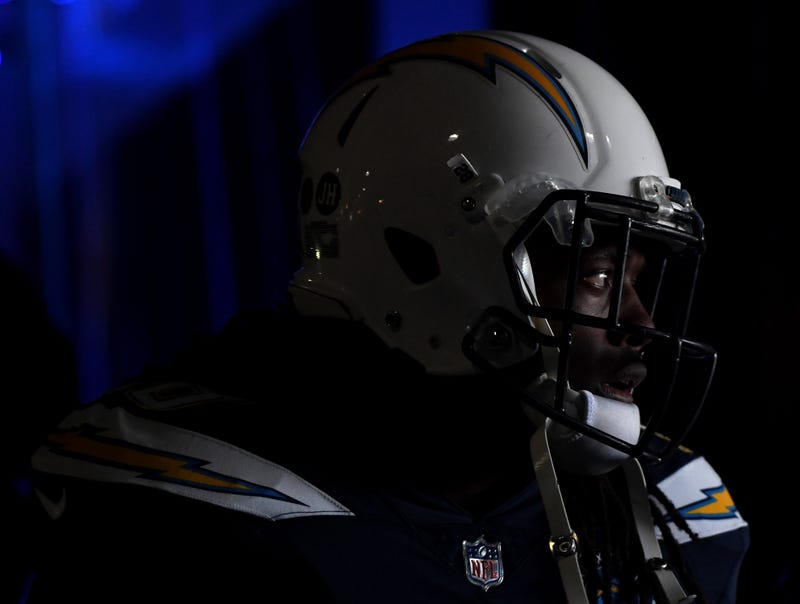 The Chargers emphasized their $10 million per year offer, and Gordon still won’t budge, according to ESPN’s Josina Anderson.

Fantasy Fallout: Anderson also noted that general manager “Tom Telesco denied permission for Gordon to seek trade partners,” making the sticky situation even stickier. You can’t spend a first-round pick on Gordon right now. You just can’t. There are safer, if less flattering, options on the board, and any production is better than the potential for no production, especially with your most important fantasy asset. Wait and see how this story develops, and expect Austin Ekeler and Justin Jackson to keep trending up.

Head coach Matt LaFleur is opting to keep starter Aaron Jones and backup Jamaal Williams out of practice for now, says that the Packers are taking a cautious approach to their running backs’ health (via Ryan Wood and Jim Owczarski of Packers News).

Fantasy Fallout: Both Jones and Williams are risky but draft-worthy backs, and the Packers’ concern with their health just means that they know how important they are to the team’s success on offense. Jones broke out in a big way last season, recording double-digit fantasy totals in seven of his 11 full games last year. Full is a keyword there, as he missed time due to injury and has not yet recorded a fully healthy season. If he does, his third-round ADP will be well-worth it, but hamstring issues in the offseason might point to the trend continuing throughout 2019. Williams is a must-have handcuff if you draft Jones, as you can wait until the end of the draft to take him and he had a pair of 15-plus point games in Jones’ absence last season.

Andrew Luck, Colts Weapons Continue to be Limited in OTAs

The star quarterback who enjoyed a fantastic comeback season last year is dealing with nagging calf issues, according to multiple reports from Zak Keefer of The Athletic. Additionally, Parris Campbell, Devin Funchess, and Jack Doyle have all experienced health issues of some sort.

Fantasy Fallout: The most encouraging of these reports from Keefer says that there is no reason to panic about Luck and that the team is just making sure he gets to full health. However, a calf injury that has lasted this long is definitely cause for concern until we get confirmation that he’ll play normally come Week 1. Campbell has not practiced yet due to a hamstring injury, Doyle is still working to recover his oblique, and Funchess came up limping in Sunday’s practice. Keep an eye on all of them, but none of these seem like they’re too major.

ESPN’s Adam Teicher noted the frustration in Reid’s voice as he discussed Williams and the hamstring injury that’s keeping him out of practice.

Fantasy Fallout: A potential bust candidate for 2019, Williams has allowed opportunities for the other Kansas City backs, like Carlos Hyde, Darwin Thompson, Darrell Williams, and cornerback-turned-running back Tremon Smith. Hyde seems to be the guy to draft out of this bunch, but as we’ve seen in past seasons, the Chiefs can roll out pretty much anyone and they’ll have success. If Williams can return to the field at some point soon, you can resume drafting him as a risky RB1 or RB2, but there is uncertainty in the air surrounding one of last year’s biggest surprises. 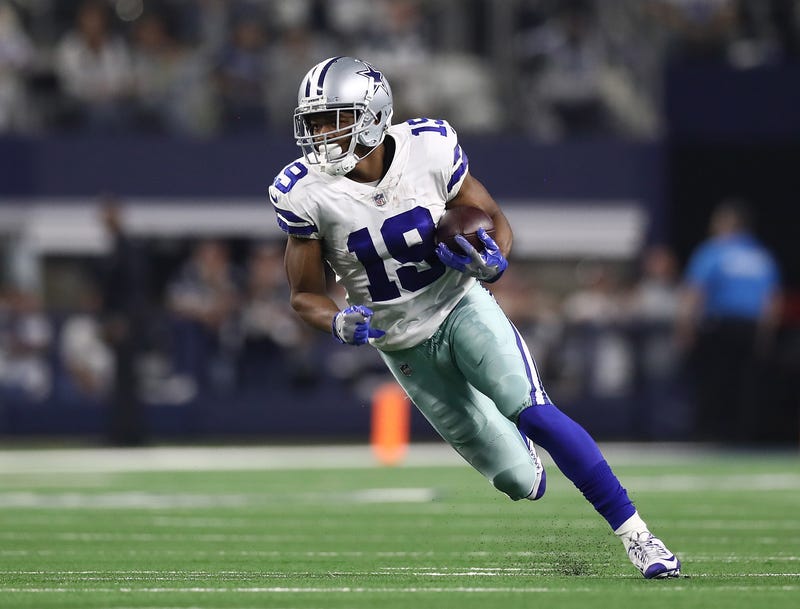 Amari Cooper had a big second-half with the Cowboys in 2018. Photo credit (Ronald Martinez/Getty Images)

After Cooper injured his heel in Friday’s practice, he was pulled early on Saturday.

Fantasy Fallout: Expect the Cowboys to exercise caution with preserving Cooper, who clicked with quarterback Dak Prescott right away last season and adds a whole new dimension to the Dallas offense that was desperately needed. However, a bruised heel is not typically an injury that lingers more than a couple weeks, and could be played through if need be. Luckily, Cooper doesn’t need to play in the preseason, and will likely be kept extremely limited in game action until the regular season rolls around. This shouldn’t change where he’s drafted at all, obviously barring any setbacks, and Cooper is worth a pick as a back-end WR1.

The highly-touted rookie receiver will be questionable for Arizona’s first preseason game, according to head coach Kliff Kingsbury at a press conference.

Fantasy Fallout: Isabella was taken in the second round by the Cardinals, an intriguing team from a fantasy standpoint. It’s largely dependent on how quarterback Kyler Murray fits into Kliff Kingsbury’s scheme, but. One thing is easier to predict, though- the Cardinals will not be a very good team on the defensive side of the ball, and will probably be throwing a lot. Pro Football Focus ranked the Cardinals’ roster as the worst in football heading into 2019, and this game script should play out well in fantasy value. This means that, though Isabella is behind Fitzgerald and Kirk in the corps, there is a good opportunity for a solid target count. You don’t need to spend a valuable pick on him, so wait until later on and stash him as a sleeper candidate.

ESPN’s Josina Anderson reported that the centerpiece of the Dallas offense threatens to hold out the 2019 season without a new contract.

Fantasy Fallout: She also notes that this is unlikely given that “Jerry Jones wants to get a deal done.” But still, there are hints of Le’Veon Bell in the air, and this is just another reason to wait as long as possible before getting to that fantasy draft. That said, if you already drafted him, it seems you can breathe easy. The Cowboys need Zeke, and they have built their entire team around his otherworldly talent. We’ll know by the end of the preseason, and perhaps a lot sooner, what happens with Dallas’s brightest star.

NFL Network’s Ian Rapoport reported that the two parties agreed on a two-year deal worth $70 million, marking the first time in Brady’s career that he’s earned more than $20 million in a season.

Fantasy Fallout: None. Brady will remain with the Patriots as thought, but the extension is a little bit deceptive as Rapoport notes that “it’s essentially year-to-year.” Brady had one of his least-productive fantasy seasons in 2018, and the Patriots still won the Super Bowl. They can win in a number of ways, and passing less might be that formula now, establishing Brady’s ranking as a backup fantasy quarterback. ESPN’s Adam Schefter appeared on WEEI to discuss the trade further.

Tuesday marked the fourth-straight practice missed by the veteran tight end, according to Brad Biggs of the Chicago Tribune.

Fantasy Fallout: Burton was decent last year, and that’s enough to make it as a TE1 in fantasy football. He scored a pretty underwhelming 93.1 points last year, and finished as the sixth-best tight end. While his current prolonged absence is a little disconcerting, it’s still early in camp, and Biggs noted that Nagy just wants to be “smart with the veteran.” The sixth-year tight end will probably come close to replicating last year’s stats if healthy, but that doesn’t mean he’ll finish in the same place in the rankings. Don’t rush to grab Burton if you miss out on the top tier, as many players will produce at a similar level.

Antonio Brown’s Feet Keep Him Out Of Camp

The star has missed time early on with his new team with badly “blistered feet,” according to Lindsay Jones of The Athletic.

Fantasy Fallout: What an interesting injury designation that would be. There should be no reason for concern, though, other than that Brown is getting less time to mesh with his new quarterback. There’s no foreseeable way that this issue should last long at all, and a quick pedicure should do the trick. After the departure of both Amari Cooper and Jared Cook, Brown could have the highest target count in the entire league in a system that will likely air out the ball often. Draft him as a WR1 somewhere after the elite tier of DeAndre Hopkins, Julio Jones, and Davante Adams.

Colt McCoy leads the depth chart at quarterback, followed by Case Keenum at No. 2 and previously expected-starter Dwayne Haskins at No. 3 (via Ben Krimmel at 106.7 The Fan).

Fantasy Fallout: Yikes. All this spells for me is to stay away from Washington. With Haskins there was a little bit of intrigue, but McCoy’s career just doesn’t seem to lead to fantasy production, and at age 33, it doesn’t seem like a sudden turnaround is in store. Obviously this depth chart isn’t set in stone, but regardless of the situation, the Redskins might just be the worst team for fantasy football talent.