As the 2019 calendar year wins down, RADIO.COM staff came together to break down the most dominant athletes this year. Here are the results: 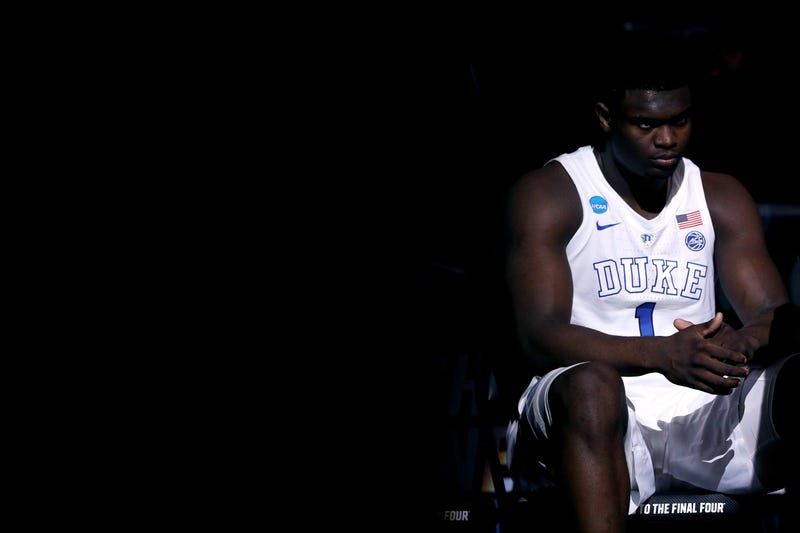 Zion Williamson, who the New Orleans Pelicans selected with the No. 1 overall pick in the 2019 NBA Draft, has yet to make his NBA debut because of a right meniscus tear that he suffered in late October.

Still, the season he had at Duke, which made him worthy of being the top pick in this year's NBA Draft, makes him worth including on this list.

Williamson also provided one of the most viral sports moments of the year, as his shoe exploded in a February matchup with the North Carolina Tarheels that former President Obama was in attendance for. 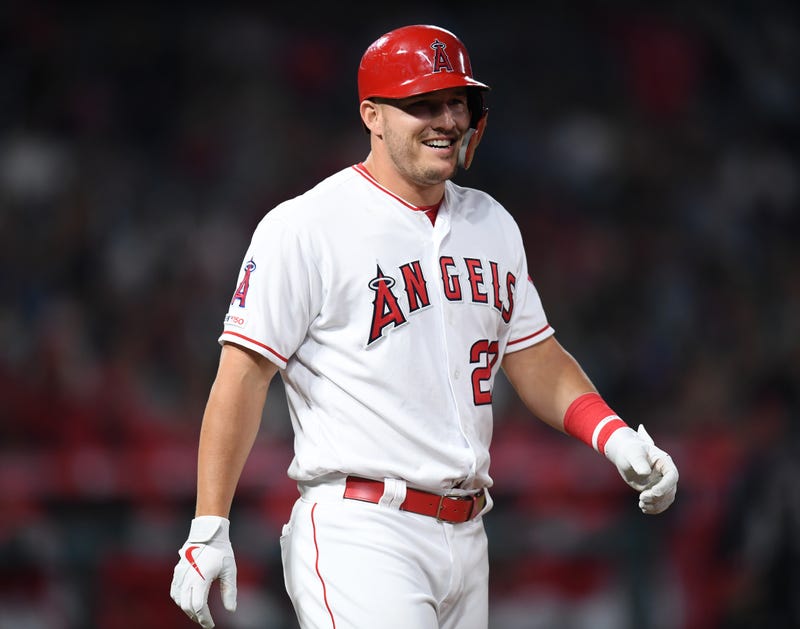 Mike Trout was one of the most dominant athletes of the decade. Photo credit (Harry How/Getty Images)

For the fifth consecutive season, Mike Trout's Los Angeles Angels didn't play in the postseason. However, despite the Angels' inability to put a contending team around him, Trout cemented himself as arguably the most dominant athlete of the decade

The sports world deserves to see Trout - one of the most dominant players in MLB history - play in the postseason on a consistent basis in the 2020s. 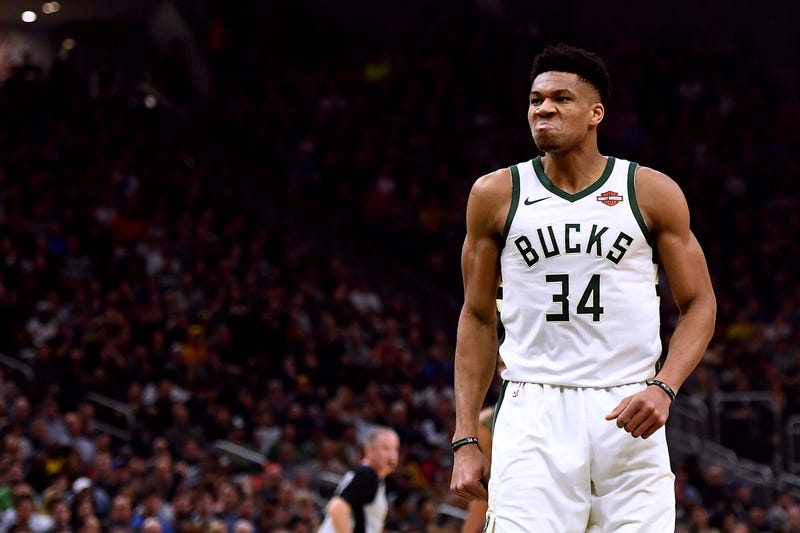 2019 may go down as the year that majority of basketball observers forced themselves to become proficient at saying "Giannis Antetokounmpo." The "Greek Freak" left the world no choice.

After Antetokounmpo's Milwaukee Bucks were knocked out of the Eastern Conference Finals by the eventual NBA Champion Toronto Raptors, the reigning NBA MVP is off to a staggeringly impressive start to the 2019-20 season. In 30 games, Antetokounmpo is averaging 31 points per game, along with 12.9 rebounds and 5.6 assists per game. There's a very real chance the he defends his NBA MVP Award.

Meanwhile, the Bucks are off to a 27-4 start in 2019-20, making them, at a minimum, the favorites to win the Eastern Conference. 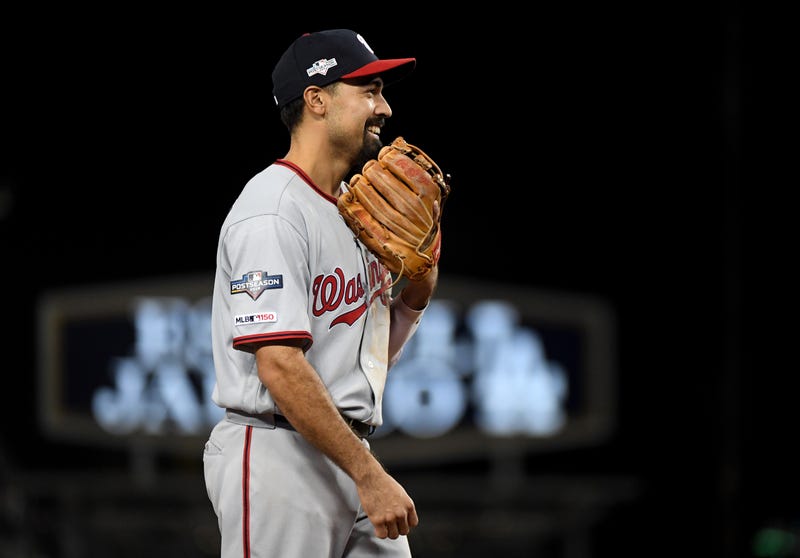 It's safe to say that 2019 was probably the best year of Anthony Rendon's life.

Most notably, Rendon hit .328 with three home runs, 15 RBIs and 11 walks in the postseason, which culminated in the Nationals defeating the Houston Astros for their first World Series title.

On Dec. 11, Rendon agreed to a seven-year/$245 million free-agent contract with the Los Angeles Angeles, capping off an incredible year for the superstar third baseman. 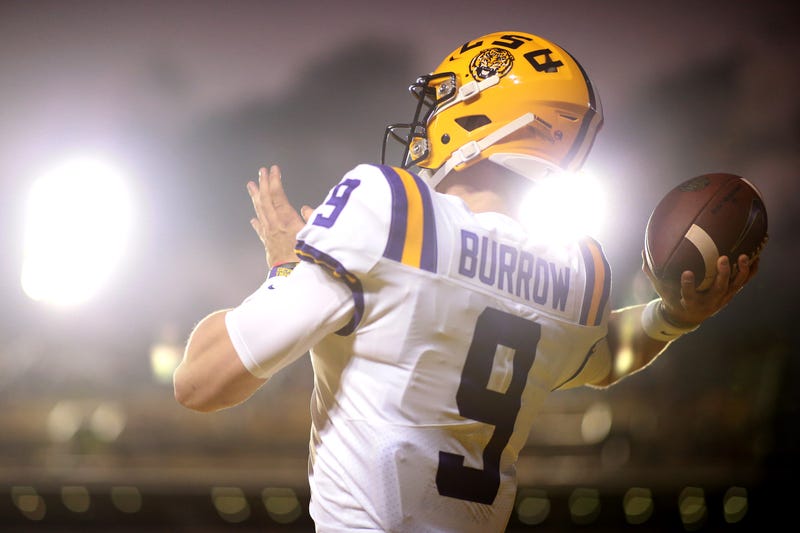 For LSU quarterback Joe Burrow, the fifth time was the charm. And that's putting it lightly.

After going 13-0 in 2019, Burrow's LSU Tigers will enter the College Football Playoffs as the No. 1 overall seed. They'll host the Oklahoma Sooners in the Peach Bowl on Dec. 28.

Regardless of how Burrow's college career concludes, the 23-year-old is widely expected to be the No. 1 pick in the 2020 NFL Draft, a selection that will belong to the Cincinnati Bengals. 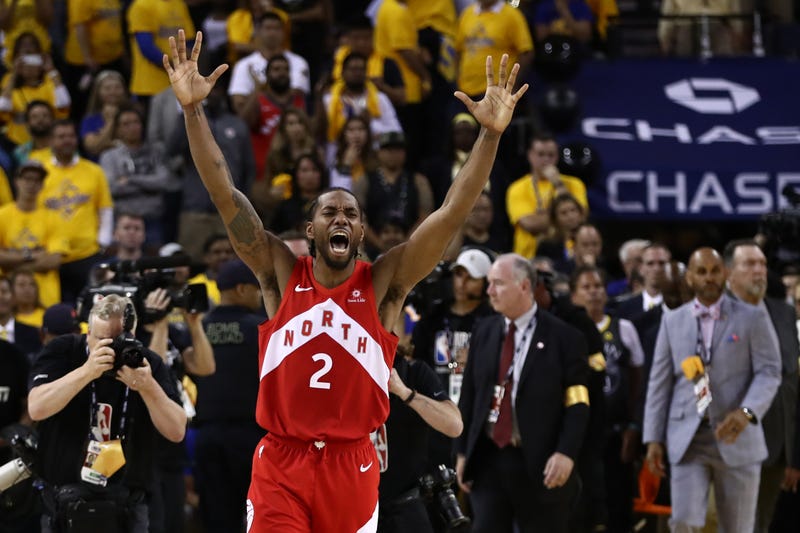 Kawhi Leonard only spent one year in The 6, but it was the most special season in Toronto Raptors history.

After playing in just nine games in his final season in San Antonio, the Raptors managed Leonard's workload in the regular season. Still, he was an All-Star for the third time in his career, and finished the season averaging 26.6 points and 7.3 rebounds per game. The Raptors went 58-24, earning the two seed in the Eastern Conference Playoffs.

Following a five-game series victory over the Orlando Magic to open the postseason, the Philadelphia 76ers took the Raptors to seven games in the Eastern Conference semifinals. The series ended with Leonard hitting one of the most iconic shots in NBA history - a buzzer-beater that clanked off the rim four times before going in - to end the series.

The Raptors would go on to eliminate both the Milwaukee Bucks and a banged up Golden State Warriors team to win their first NBA title in franchise history. Leonard averaged 30.5 points per game in the postseason, ultimately winning his second NBA Finals MVP.

Leonard became a free agent following the 2018-19 season, and the Los Angeles native ultimately teamed up with Paul George on the Clippers. At the time of publication, the Clippers are 22-10 and Leonard is averaging 25.5 points, 7.8 rebounds and 5.1 assists per game. 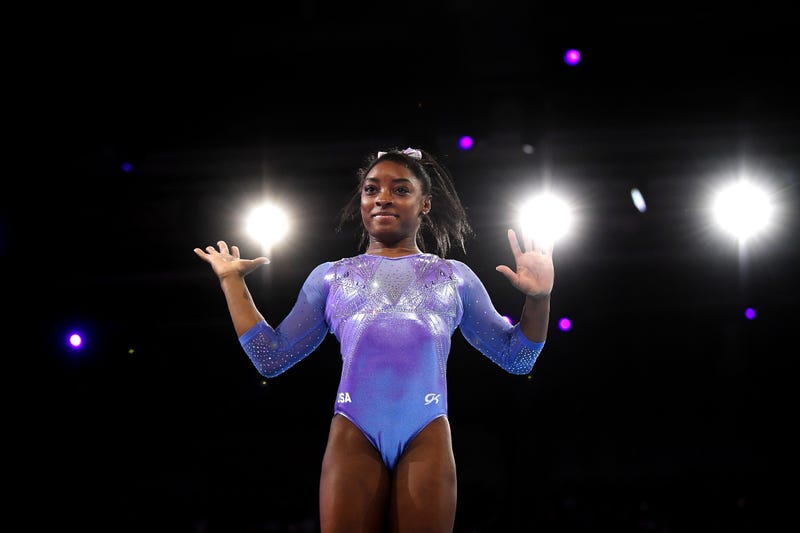 Here's a prediction; Simone Biles has a very real chance to top this list in 2020, given that the Olympic games will take place next summer in Tokyo.

Biles became one of the most popular athletes in the world when she won four Gold medals (and a bronze) at the 2016 Olympic games in Rio de Janeiro. She set the stage for an even bigger performance next summer by winning Gold in team, all-around, vault, balance beam and floor exercise at the 2019 World Artistic Gymnastic World Championships.

In 2019, Biles became the first gymnast to ever complete the triple-double in a competition. At 22, she also became the most accomplished World Championship gymnast ever. If 2019 was just an appetizer for what's to come in 2020, look out.

The 2020 Olympic games will be the first since 2000 not to feature Michael Phelps, arguably the greatest Olympian of all-time. Usain Bolt, fairly universally considered to be the greatest sprinter of all-time, has also retired since the 2016 Olympics. That sets the stage for Biles to be the face of the 2020 Olympics, expectations she'll almost certainly thrive under. 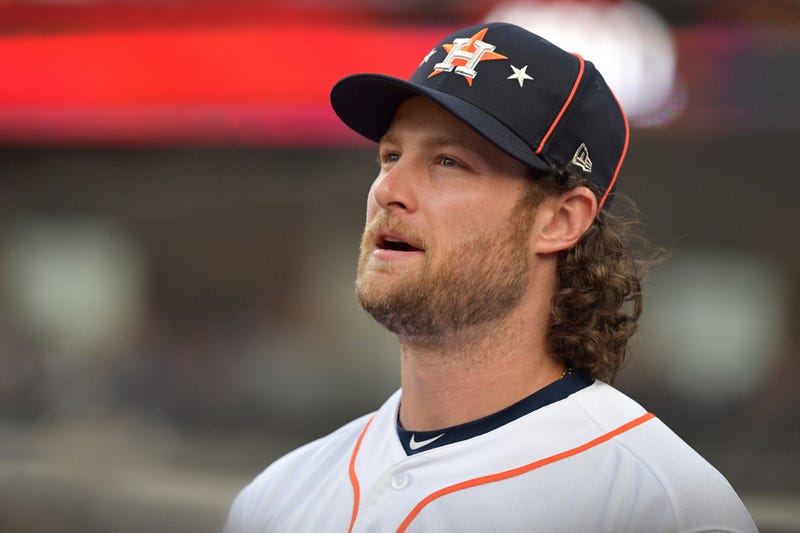 Gerrit Cole was an All-Star for the third time in 2019. Photo credit (Jason Miller/Getty Images)

Gerrit Cole didn't win the American League Cy Young Award or his first World Series title in 2019, but he came pretty close on both. There's reason to think he's set up well to achieve both goals in the 2020s.

Across five postseason starts, Cole went 4-1 with a 1.72 ERA and 0.87 WHIP. His Astros ultimately lost to the Washington Nationals in seven games in the World Series.

On Dec. 18, Cole left Houston in free agency, signing a record nine-year/$324 million with the New York Yankees. His signing in New York immediately makes them the favorites to win the 2020 World Series. 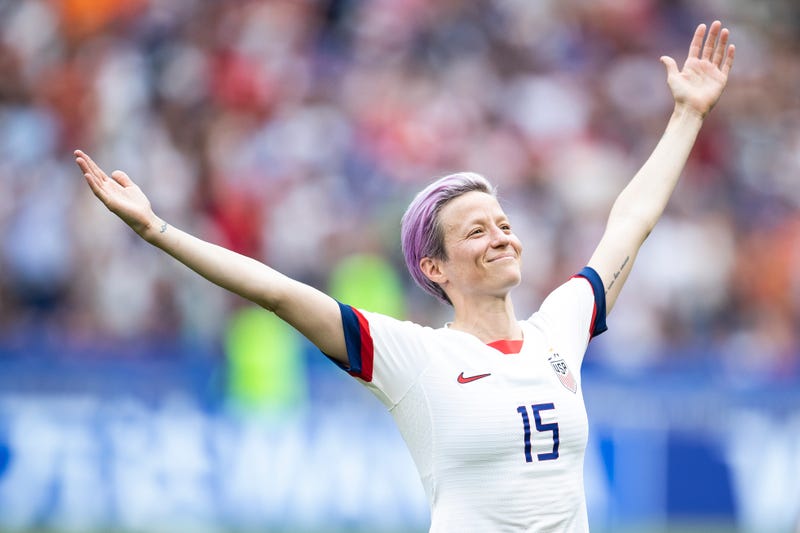 In 2019, Megan Rapinoe cemented her place as a USA sports icon.

The 34-year-old scored six goals in five games in the 2019 Women's World Cup. The midfielder led the United States' women's team to their second consecutive World Cup victory, as the red, white and blue defeated the Netherlands 2-0 in the World Cup Final.

Above all else, though, Rapinoe was a superstar on the field. Rapinoe earned the Golden Boot, as the top scorer in the Women's World Cup. She was also named the winner of the Women's Balloon d'Or, which is given to the best female player in the world. 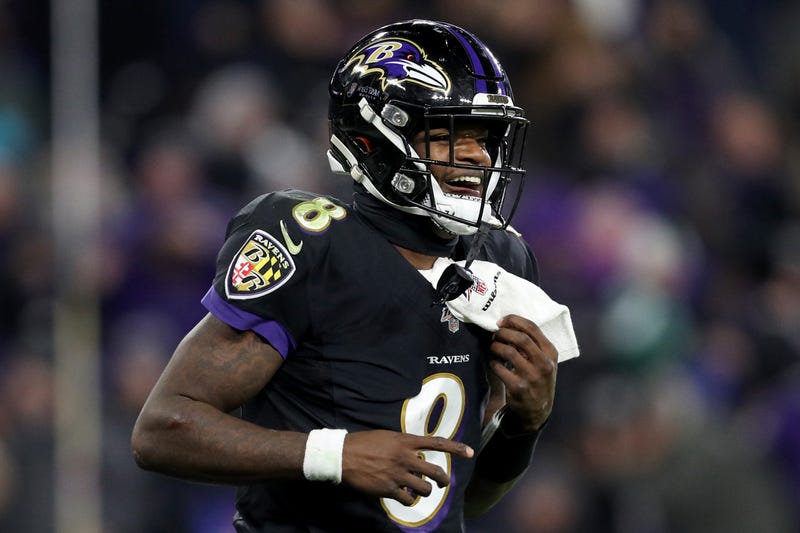 Less than two calendar years removed from being the fifth quarterback selected in his own NFL Draft class, Lamar Jackson is going to enter 2020 as the heavy favorite to be named the NFL's 2019 MVP.

Jackson, who the Ravens selected with the final pick of the first round in the 2018 NFL Draft, leads the NFL with 36 touchdown passes in 2019, and has been picked off just six times. On top of that, the former Heisman Trophy winner broke Michael Vick's record for rushing yards in a single season by a quarterback, and will enter Week 17 with 1,206 rushing yards.

With a week to go in the 2019 regular season, Jackson's Ravens have already clinched the No. 1 overall seed in the AFC. At 13-2, the Ravens are the odds-on favorites to win Super Bowl LIV.

Through his first 22 career NFL starts, Jackson is 19-3. There may never be a rivalry like Peyton Manning vs. Tom Brady again, but Jackson vs. Patrick Mahomes is one we look forward to as the NFL world roars into the 2020s.