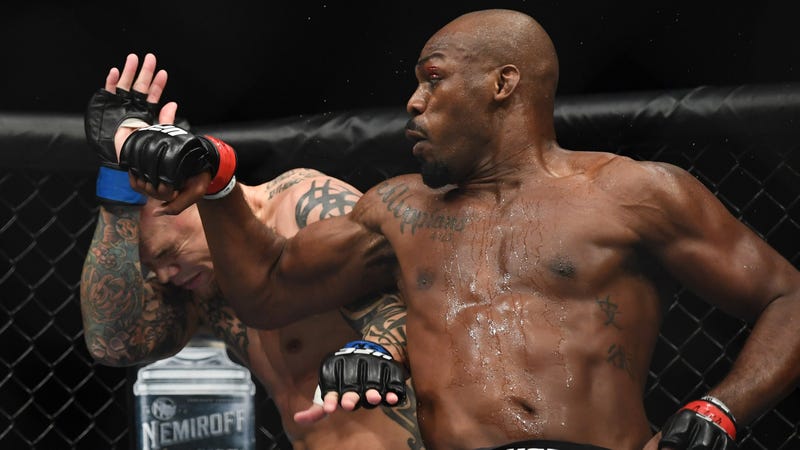 UFC 235 had it all: crazy knockouts, a new champion, a legendary "and still..." champ and a dash of controversy. Now that the dust has settled, let's see what's next for some of the winners and losers.

Jones retained his belt in a drawn-out, five-round fight, but not without a close call on an illegal knee in the fourth round. Smith elected to continue the fight and there was no disqualification. If Smith had said he could no longer fight, Jones would have suffered the second loss of his career, both by DQ for illegal strikes. Luckily, that did not happen.

Jones, at just 31 years old, has very limited options for his next fight, having cleaned out the top three contenders in the light heavyweight division. The talk of Jones moving up to heavyweight has been put on hold. Jones said he only would be interested in a Brock Lesnar fight, but Lesnar is slated to fight heavyweight champion Daniel Cormier whenever Lesnar decides to return to the octagon from WWE.

UFC president Dana White said Thiago Santos -- coming off an impressive knockout of Jan Blachowicz at UFC Prague -- is the next light heavyweight in line to fight Jones. If they are medically cleared from their previous fights, Jones and Santos potentially could meet July 6 at UFC 239 in Las Vegas.

Love seeing fighters who have never fought for a UFC title get their chance. Thiago 'Marreta' Santos has won four straight, 8 of 9 overall and 7 of those are T/KO's. 2nd all-time on the UFC's knockout list! Don't see why he can't be next for Jonny Bones. #LFG

Usman's performance over the champion Woodley was downright dominant. And Usman claimed the title despite having fractured his foot just prior to Saturday night's fight.

Usman said he wants to defend the belt as soon as he has recovered from the injury, and the front-runner is controversial former interim champion Colby Covington. Usman talked after his win about having the opportunity to shut up Covington in the cage. But then Usman and his manager were involved in a scuffle with Covington hours later at a nearby casino. Was it a marketing ploy or did Covington cost himself another title shot? Usman's manager wants the next title shot to go to Ben Askren, not Covington.

UFC should get Usman and Covington on board and get the fight booked. There is no other welterweight fight that would draw as well, other than a Woodley-Covington fight, which is on pause following Woodley's loss.

On paper, this fight seemed like it would be a one-sided fight, one way or the other: an easy knockout for Lawler or a routine submission for Askren. Instead we got chaos.

Lawler took the controversial loss well, and said he would like a rematch. White did not agree with what he considered to be an early stoppage by the referee and also wants to run the fight back. Askren does not seem to be on the same page: He wants is the winner of Darren Till-Jorge Masvidal later this month at UFC Fight Night 147, and is set to fly to London to see what he can stir up.

Askren has caused quite a bit of controversy since he joined UFC from ONE Championship. Yet everyone in the welterweight division seems to want a piece of him. Does the 34-year-old Askren need to make a slow climb up the rankings or will White give him another highly ranked fighter in Till or Masvidal?

Pedro Munhoz def. Cody Garbrandt, via KO, 4:52 of first round
A matchup of two patient fighters ended with a super-entertaining final minute as Munhoz baited Garbrandt into a reckless brawl. Garbrandt left himself open for a clear knockout punch for the third straight fight.

I got head butted and after the head butt I was on auto pilot, congrats to Pedro he stuck tough. I love this fight game. I’ll be back thank you to all my supporters means a lot! https://t.co/AbIYDOCJxg

Garbrandt needs to go back to the drawing board and find a better way to avoid these full-on wars. Garbrandt is still talented and smart, and at just 27 years old, has plenty of time to rebound from this losing streak. There may be no such thing as a cupcake fight in UFC, but in a bantamweight division full of killers, it would do wonders for Garbrandt to take on an opponent who is looking to outpoint rather than land a knockout: Raphael Assuncao, Jimmie Riviera or Cody Stamann.

Munhoz has looked really good on his three-fight winning streak (seven wins in his past eight fights). The 32-year-old Brazilian is making a case for a top-five fight. Aljamain Sterling had mentioned he was looking at the winner of Munhoz-Garbrandt, but is now saying he wants a rematch versus Marlon Moraes. T.J. Dillashaw and Henry Cejudo are on track for a rematch. That leaves slim pickings for Munhoz. He could seek to avenge one of his three losses -- to Rivera, Assuncao or John Dodson, each of whom recently lost.

Magomedsharipov continues to rise up the rankings of the featherweight division. His victory over Stephens showed how he makes it very difficult for knockout artists to close distance and land any significant strikes. There are some dreamy matchups out there for the 28-year-old from Russia. The most obvious is 28-year-old Brian Ortega, a well-versed striker with unbelievable submission skills. The other is UFC newcomer Kron Gracie. Both Ortega and Gracie are highly skilled in Brazilian Jiu-Jitsu. Magomedsharipov does not have many weaknesses, but a high-level submission artist could be his Achilles' heel. 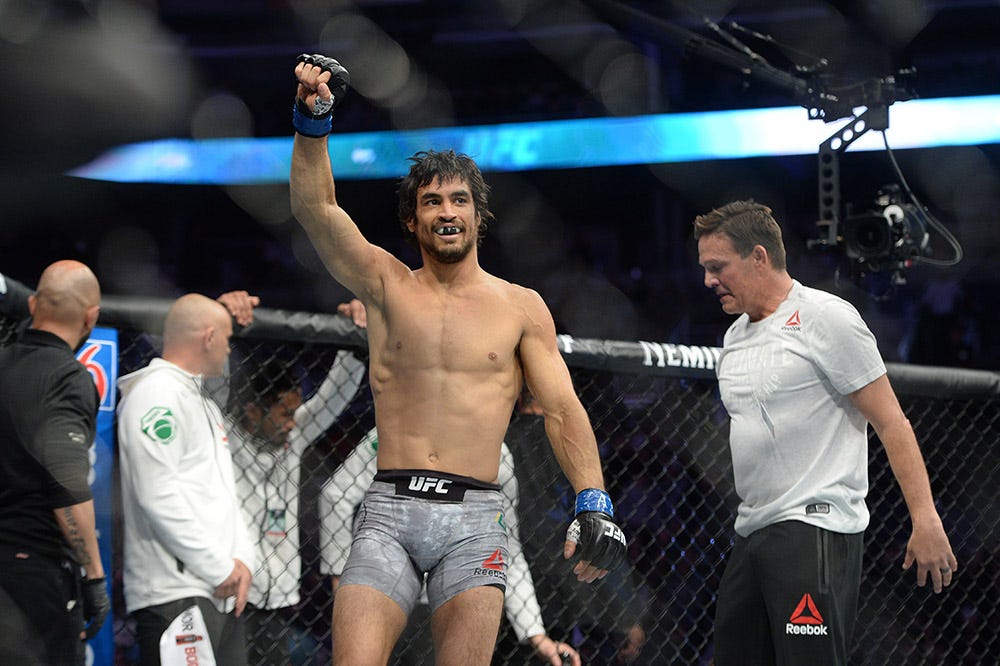 Johnny Walker def. Misha Cirkunov via TKO, 0:36 of first round

Walker is the No. 1 prospect in UFC -- by far. The 6-foot-6 Brazilian is just 26 years old, and owns a knockout reel that 10-year veterans would love to have. Walker is so big and so good that he has nearly gone unscathed through his three UFC fights, knockouts with a combined 2:48 of fight time. The worst damage came during his celebration: He sustained a shoulder injury trying to do "the worm" that will put him on the shelf for four weeks.

Walker is on the fast track to a date for the light heavyweight title. White said he's not looking to throw Walker in against anyone serious anytime soon, but the division is set up for him to fly through it. If UFC wants to get Walker some seasoning, expect to see him versus Iler Latifi, Giant Villante or Corey Anderson.