Few No. 1 overall picks have met expectations as seamlessly as Karl-Anthony Towns. In his first four seasons, the Timberwolves big man went from top draft pick to Rookie of the Year to two-time All-Star, personifying the prototype sharpshooting center of the modern NBA while playing in a whopping 323 of his team’s 328 games.

So it’s little wonder the rumor mill went into overdrive when reports surfaced in late 2019 about rival teams monitoring Towns’ situation in Minnesota. One such report included a thin but tantalizing anecdote about team executives who suspect Towns is unhappy in the Twin Cities. Several Wolves reporters were quick to downplay these reports, pointing out that the team wants to build around Towns, not trade him. After all, Towns just signed a five-year extension last offseason.

Some of the trade buzz subsequently subsided, but the malaise around Towns and his team have not. The Wolves were a disappointing 15-24 through their first 39 games, good for 12th place in a surprisingly soft Western Conference. Towns, meanwhile, was nearing a mid-January return after sitting since December 13 with a knee injury, the first extended absence of his career.

Like Anthony Davis before him, Towns’ spin through the rumor mill was mostly much ado about nothing. But from this strange media feedback loop, initiated by a gruel-thin throwaway line from an anonymous source, the gears of the transaction-industrial complex began grinding and might actually have revealed the contours of a possible trade market: 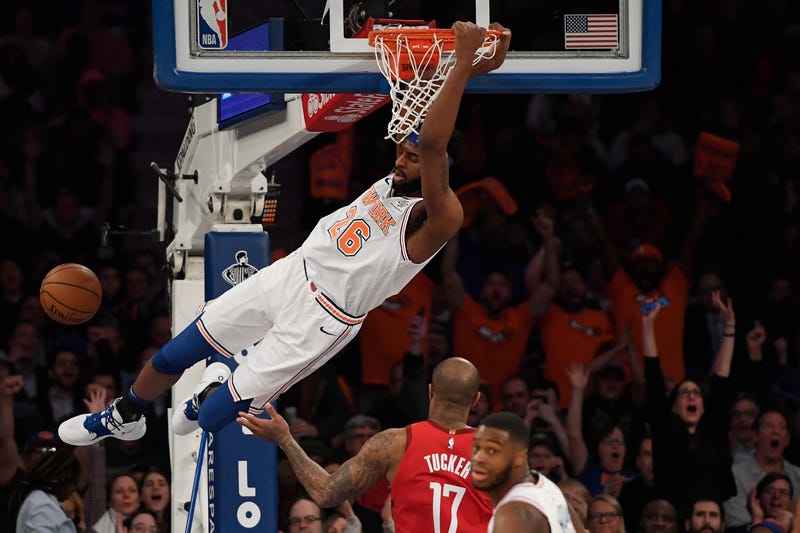 The trade saga began with a report that the Knicks, frustrated at their inability to attract premier free agents, would be keeping tabs on KAT as part of a strategy to trade for a disgruntled star should one become available. The Knicks especially covet Towns given his New Jersey roots, the report said.

The Knicks seem perpetually to be seeking their next cornerstone to build around, so it’s little surprise they’d be doing their due diligence on Towns. That said, even if the Wolves were to listen to offers for Towns, it seems unlikely the Knicks would have the assets to get a deal done.

Any package would have to begin with Mitchell Robinson, the Knicks’ bouncy young center who is developing into a top-tier rim protector and defender, and probably RJ Barrett, an intriguing 19-year-old wing and the third overall pick in 2019. There would likely have to be draft picks involved, as well.

While Robinson, Barrett, and even a boatload of draft picks might get talks started, it's probably not enough to get a deal done. The Knicks will have to focus on stockpiling chips if they're set on swinging on a major trade. 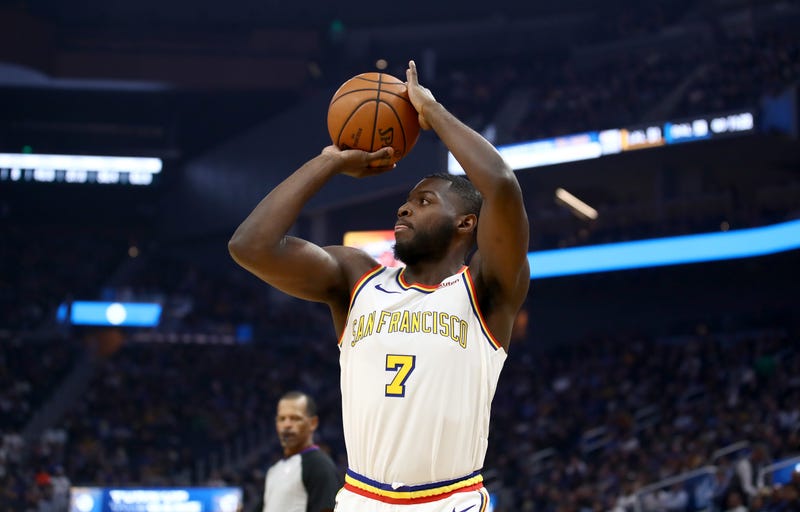 Apparently intrigued by the initial report, the Warriors fueled the flames by quickly expressing their apparent interest in Towns, in what would be a move to rejuvenate the aging core of their championship teams. You can’t blame them for trying, but as like the Knicks, the Warriors probably don’t have the assets to pull it off.

Golden State forwards Eric Paschall and Omari Spellman, plus 19-year-old G-League standout Alen Smailagic, have emerged as useful or intriguing pieces on a team whose starting unit has been decimated by injuries this year. D’Angelo Russell, perhaps packaged along with Draymond Green's expiring contract, could make sense headlining an offer with Paschall and trade picks, but even that probably wouldn’t be sufficient for the Wolves, and the Warriors appear keen on keeping Russell and building around him. 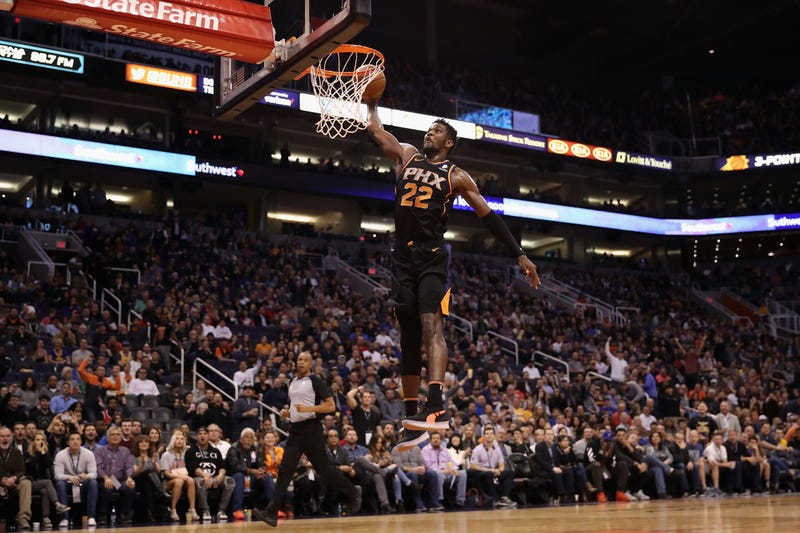 The Towns trade frenzy was kicked off by reports about the Knicks and Warriors, but the Suns entered the mix the old-fashioned way—speculation based on off-court friendships. Towns is known to be friendly with the Suns’ Devin Booker in addition to Russell, and DLo even predicted the three would play together some day. In an era where premier players have been known to steer their careers so they can join forces, stranger things have happened.

The Suns might actually have the assets to acquire at least two-thirds of this prospective “big three.” A package would almost certainly have to begin with 2018 No. 1 overall pick DeAndre Ayton, who, after a promising rookie campaign, was slapped with a 25-game PED ban at the outset of the 2019 season, effectively derailing the Suns’ hopes for a fast start. Ayton returned and has played OK, but the Suns could be headed for their sixth consecutive losing season and out of the playoffs. Patience is wearing thin among Suns fans, and probably team brass, too. The Suns would have to find other pieces to package with Ayton—probably one of Kelly Oubre or Mikal Bridges, plus maybe Ty Jerome and draft picks—but as a former top pick like Towns, Ayton might have the sort of gravitas around which a blockbuster could be built. 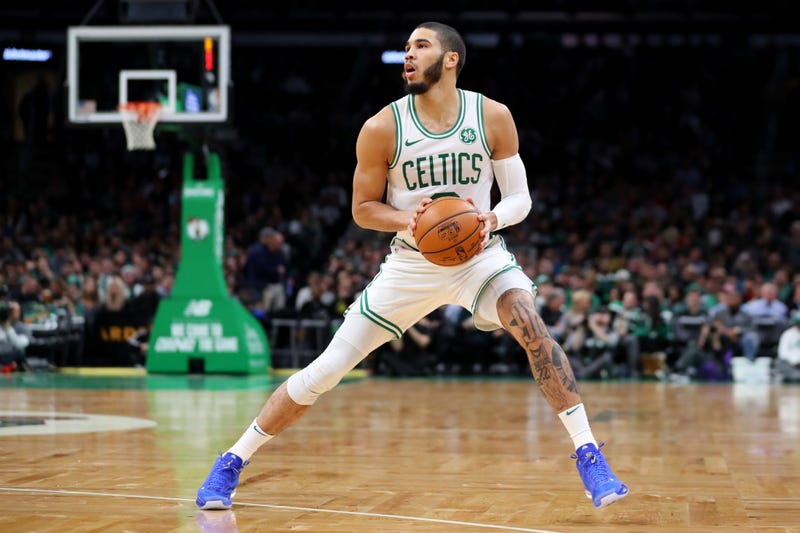 The Celtics came up short in their pursuit of Anthony Davis, but they may get another crack at landing a dominant big man, the only obvious hole on their roster. To land Towns, Boston would likely have to part with one of its two young stars on the wing, Jaylen Brown or Jayson Tatum, plus the possibly expiring contract of Gordon Hayward (he holds a $34M player option for next season), a young player or combination of players among Robert Williams III, Grant Williams, or Carsen Edwards, and draft picks. 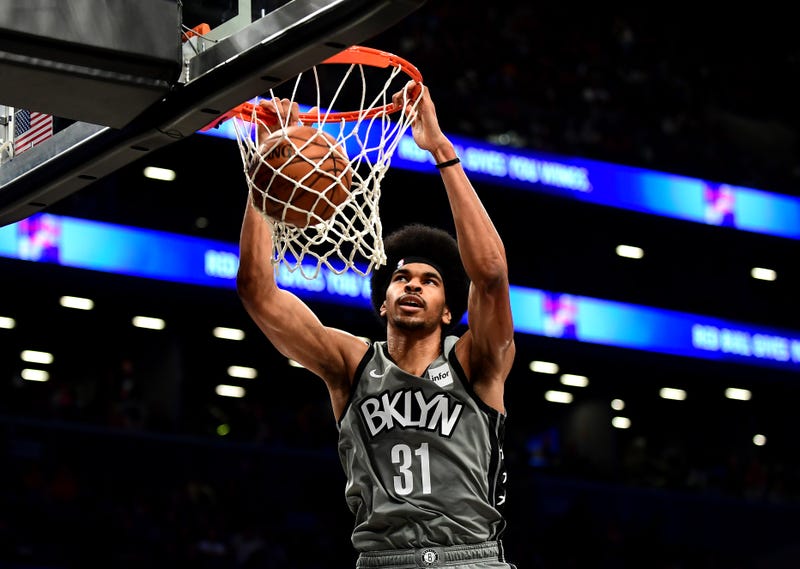 Like the Knicks, the Nets might want to keep tabs on Towns, a kid who grew up in their backyard and would fit in well with their three-heavy approach. Brooklyn has already proven it is willing to go all-in in pursuit of a title, striking last offseason to sign Kyrie Irving, an injured Kevin Durant, and an aging DeAndre Jordan. KAT would make for a potentially lethal trifecta of stars along with Irving and Durant, and Brooklyn might have the wherewithal to get it done.

The Nets would likely have to center their package around third-year center Jarrett Allen, who has established himself as a strong defender in the paint and a low-volume but efficient pick-and-roll finisher on the other end. Top sixth man Spencer Dinwiddie would also likely be on the table, as would some combination of promising but oft-injured wing Caris LeVert, sharpshooter Joe Harris, combo forward Rodion Kurucs, and draft picks.

It’s an impressive package, perhaps the best among the possible suitors listed here, but as with the others it still might not be enough to land Towns. The Wolves have the luxury of time and contract security on their side, so there’s no reason for them to panic on KAT—yet.