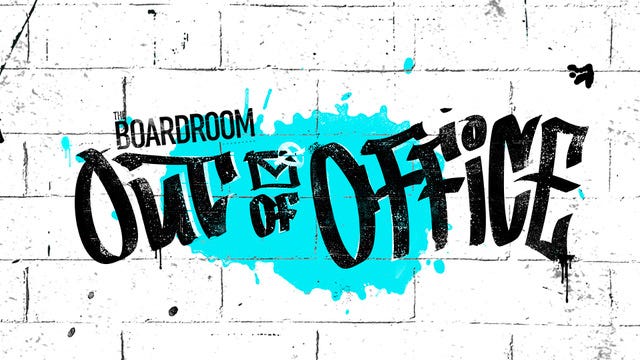 Durant and his business partner Rich Kleiman’s Thirty Five Ventures announced on Thursday they are partnering with RADIO.COM’s Cadence13 to launch The Boardroom Podcast Network.

The network will debut two podcasts in the coming months – with one, "The Boardroom: Out of Office," focusing on the business of sports and the other, "The Etc's with Kevin Durant," on key moments in sports, culture and entertainment.

Not only will Durant appear as a guest and host on these podcasts, but he will also serve as curator and Executive Producer for the network and future buildout of The Boardroom Podcast Network.

“I’m really excited to be launching both of these podcasts and this partnership with Cadence13,” Durant said. “We’re really invested in making both of these pods different than anything else out there, and I’m personally looking forward to having in-depth conversations about some of my favorite topics."

The first podcast to launch will be “The Boardroom: Out of Office,” which will premiere in early August and be hosted by Kleiman. Special guests will join Kleiman to take fans behind the scenes on the inner workings of sports business and provide a unique insight into the ins and outs of entrepreneurship, league and team growth, investing, career trajectories, marketing and more.

Kleiman will also provide commentary on current sports business landscape – including different deals and scenarios as well as the future of sports. There will also be special episodes dedicated to teams, athletes and moments in history that have left a significant cultural impact and, as a result, moved business forward.

“The Boardroom has been a primary focus of Thirty Five Ventures and we’re really proud of the platform we’ve built,” Kleiman said. “We’re looking forward to building a long-term partnership with Cadence13.”

Durant will launch the monthly podcast “The Etc’s with Kevin Durant” in September, which will combine sports business with Durant’s passion for sports, music and culture.

Each episode will consist of Durant and a special guest doing a deep dive on a specific topic, which could range from anything such as underrated NBA teams to the current landscape of rap music.

You can find both podcasts when they launch on the RADIO.COM app.