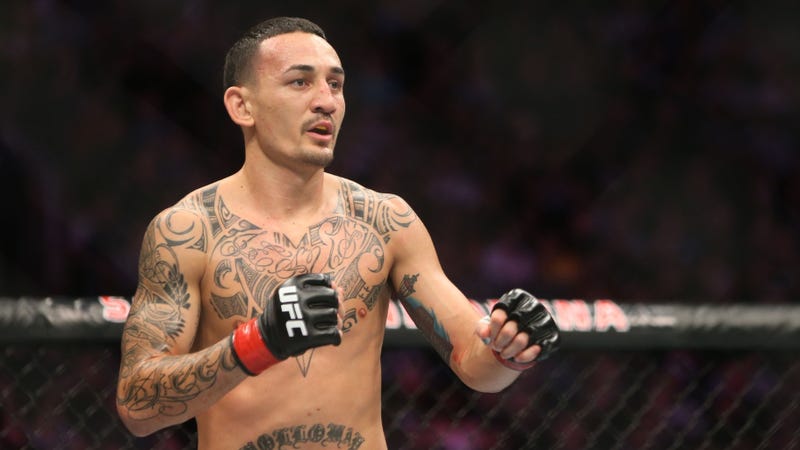 It's time to get familiar with Max "Blessed" Holloway, one of the least widely known UFC champions. Holloway, the reigning featherweight champ, will attempt to make history at UFC 236 in Atlanta next weekend when he goes for his second UFC belt in an interim lightweight championship bout against Dustin Poirier.

"This could be a fight-of-the-year candidate," Holloway said in a recent sitdown with our "Outside the Cage" podcast.

Holloway (20-3) has amassed 13 straight victories in UFC, the third-longest win streak in company history, behind all-time greats Anderson Silva (16) and Jon Jones (15). The Hawaiian's last loss came to former two-division champion Conor McGregor via unanimous decision in 2013, and he has performed on an otherworldly level since then.

Holloway, 27, combines crowd-pleasing entertainment value with extremely efficient offense. Of those 13 consecutive wins, just three have gone the distance. Something clicked for Holloway following the loss to McGregor. He has learned to make opponents fight on his terms and avoid being hunted. Whether or not he would admit it, sharing the cage with McGregor as a 21-year old showed Holloway what a champion looks like.

McGregor's and Holloway's careers have followed dramatically different trajectories since that clash at UFC Fight Night 26 (they fought on the preliminary card, with seven fights going on after theirs). McGregor's path has included extreme highs (a 13-second win over Jose Aldo for the featherweight title, a fun two-fight rivalry with Nate Diaz, a victory over lightweight champ Eddie Alvarez to become a two-division champion and a boxing megafight against Floyd Mayweather Jr., all in a 20-month span) and lows (a series of arrests, a one-sided loss to Khabib Nurmagomedov, his recent "retirement").

Meanwhile, Holloway was gradually picking off wins, staying modest and letting his hands do the talking. Holloway earned his first (interim) featherweight title shot at UFC 206 in December 2016 -- he defeated Anthony Pettis -- because McGregor had moved up a weight class. Come next weekend, Holloway will do the same: vacate his title and move up in an attempt to win the interim lightweight title (the champion Nurmagomedov is serving a suspension). The tortoise wins the race.

Standing between Holloway and history is Poirier, a Louisiana native who is desperate for recognition. Poirier, 30, submitted Holloway in 2012 (it was Holloway's fifth pro fight), and has won eight of his past 10 fights (with 1 no contest).

This is a career-defining fight for both men. Poirier has a chance to break through to mainstream fans. Holloway would unlock new levels of fame and fortune with a decisive victory. It's a can't-miss for fight fans.