The hot stove hasn't quite simmered down yet.

While it appears unlikely that Boston Red Sox right fielder Mookie Betts or Cleveland Indians shortstop Francisco Lindor will be dealt before the season begins, the future is much less certain for Colorado Rockies third baseman Nolan Arenado and Chicago Cubs third baseman Kris Bryant. Josh Donaldson, a former American League MVP that revived his career in Atlanta in 2019, has yet to make his free agent decision.

In other words, there's still quite a bit of movement - and notable movement, at that - set to take place in the final weeks of the offseason.

Here are three blockbuster moves that could potentially still happen before the 2020 MLB regular season begins: 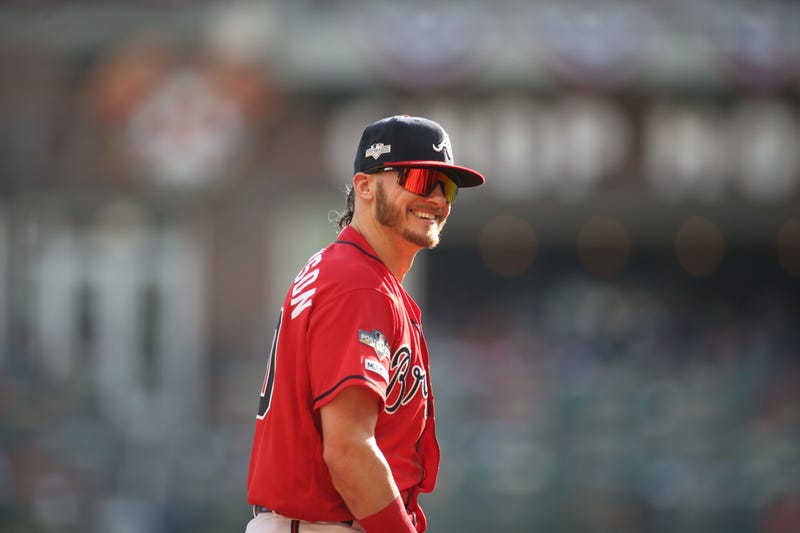 UPDATE: According to MLB.com's Mark Feinsand, Donaldson has agreed to a 4-year, $92 million contract with the Minnesota Twins.

Simply put, if the Braves re-sign Donaldson, they have a chance to win 100 plus games in 2020.

Donaldson - who hit 34 home runs and posted a 4.9 fWAR in 2019 - would re-join a lineup that already includes Ronald Acuna Jr., Freddie Freeman and Ozzie Albies. The Braves re-signed Chris Martin and added lefty Will Smith to their bullpen this offseason. Former World Series MVP Cole Hamels will join a rotation that has a slew of young talent, and more on the way.

Even without Donaldson, the Braves are in very good position to win their third consecutive National League East title. With him back in the fold, they would be a legitimate World Series contender.

Jesse Dougherty of The Washington Post wrote earlier this month that the Washington Nationals have "all but moved on" from their pursuit of Donaldson as a potential replacement for Anthony Rendon. The Texas Rangers signed veteran third baseman Todd Frazier over the weekend. The Minnesota Twins appear to still be in the hunt for the 34-year-old, but Dan Hayes of The Athletic suggested they have a fall-back plan.

Ken Rosenthal of The Athletic reported earlier this month that Donaldson hopes to sign a deal in the range of four years and $110 million. It would be quite the risk for the Braves to sign such a deal given that Donaldson played in just 165 of a possible 324 regular season games between 2017 and 2018. The potential reward, though, would be the Braves ending up on a parade float, thanks in part to Donaldson's presence in the middle of the order. That leads you to think that when push comes to shove, the two sides will work out a lucrative pact. 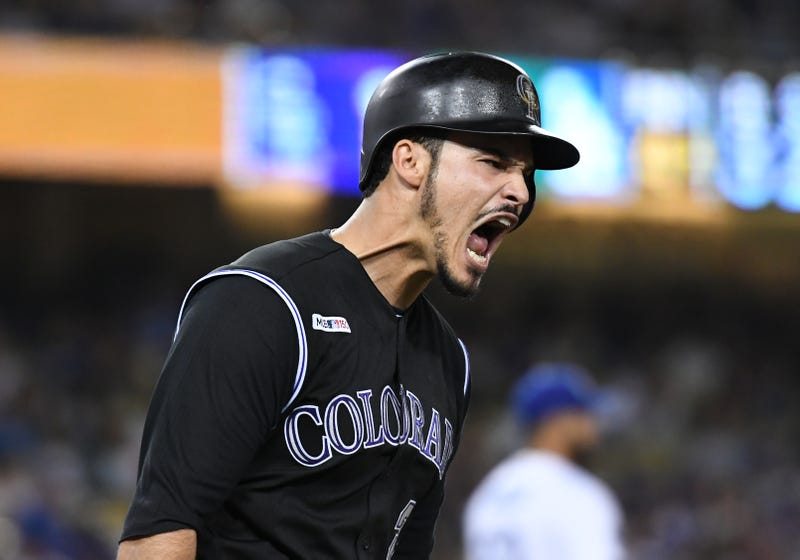 Will Nolan Arenado play for the Rockies in 2020? Photo credit (Richard Mackson/USA Today)

In December, we examined potential suitors for Arenado in the event that the Rockies ultimately decided to seriously weigh trade offers for their franchise icon, something that seemed like a long-shot at the time.

The Rockies completing a trade of Arenado - a five-time National League All-Star - before the season no longer seems far-fetched.

Monday, MLB.com's Jon Morosi said that a trade of Arenado is more likely than one of former American League MVP Mookie Betts or Cleveland Indians' superstar Francisco Lindor. Tuesday, Morosi reported that "negotiations have advanced beyond a preliminary stage" between the Rockies and St. Louis Cardinals in regards to Arenado.

The Cardinals, who reached the NLCS in 2019, have a slew of pieces that could be of interest to the Rockies in a trade.

Morosi says that the Rockies have some level of interest in RHP Dakota Hudson, who went 16-7 with a 3.35 ERA in 174.2 innings. However, Morosi does not that the Rockies have some concern that Hudson walked 4.43 batters per nine innings in 2019, which was noticeably above the 3.3 BB/9 league average last season. His 4.93 FIP is also a sign that he could see regression in 2020.

The Cardinals do have two in-house third baseman that could intrigue the Rockies. 24-year-old third baseman Tommy Edman slashed .304/.350/.500 with 11 home runs, 36 RBIs and a 3.2 fWAR in just 92 games in a rather surprising rookie season. 2018 first-round pick Nolan Gorman, though a ways off from reaching the major leagues, is a third baseman that is currently the No. 38 prospect in all of baseball.

The organization's top overall prospect - outfielder Dylan Carlson - may be off the table, but catcher Andrew Knizner, third baseman Elehuris Montero and LHP Zack Thompson are among the other pieces in the Cardinals' farm system that could intrigue the Rockies.

What this will come down to is whether the Rockies see a path past the Los Angeles Dodgers and/or San Diego Padres that would allow them to win the National League West in either of the next two seasons. Arenado did sign an eight-year/$260 million extension less than a calendar year ago, but the Rockies went 71-91 in 2019 and the 28-year-old can opt-out and become a free agent after the 2021 season.

From the Cardinals' perspective, Arenado is likely to see some offensive decline away from Colorado - his career batting average at Coors Field is .324, as opposed to .265 on the road. However, he still profiles as a very productive player outside of Colorado, and his all-time great defense would travel with him. 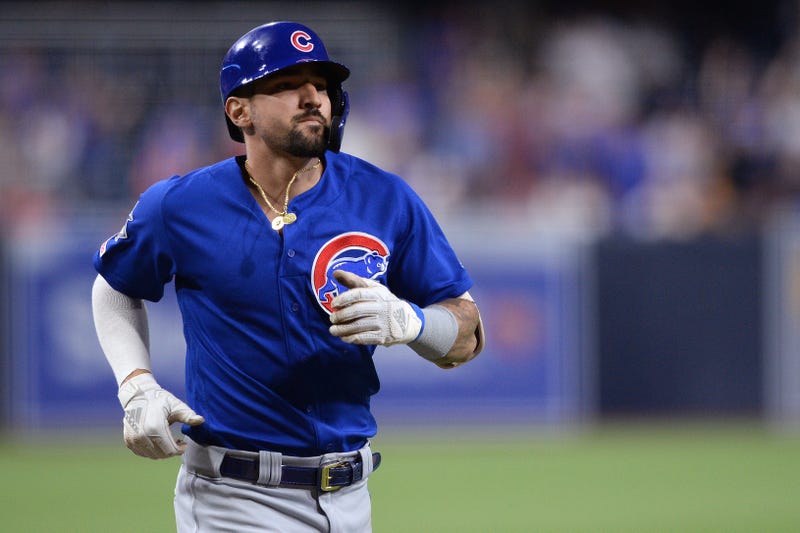 Given that they traded for two-time American League Cy Young Award winner Corey Kluber, it's hard to call the Rangers one of the offseason's losers. It is safe to say, though, that they've had an underwhelming offseason when compared to the expectations they entered with.

They have, however, improved their team as they prepare to move into Globe Life Field. In addition to Kluber, they inked veteran third baseman Todd Frazier to a one-year deal. Now, MLB.com's Jon Morosi says that the Rangers "are among the favorites" to land free-agent outfielder Nicholas Castellanos.

Exactly where Castellanos would play for the Rangers is unclear - Willie Calhoun and Joey Gallo are expected to start in left and right field, respectively. Castellanos has consistently graded out as one of the worst defensive outfielders in baseball, perhaps making him an ideal fit to DH. However, Shin-Soo Choo remains under contract through the 2020 season, making him the favorite to be the team's regular DH. Castellanos came up as a third baseman, but hasn't played that position since 2017.

The Rangers do need help at the hot corner, though. Jeff Todd of MLB Trade Rumors suggested that Calhoun, 25, could potentially be used as part of a trade package to acquire Nolan Arenado from the Colorado Rockies. Completing a deal for Arenado would erase any notion of disappointment in how the Rangers' offseason has played out. Moving Calhoun would also open up left field, which could mean Castellanos could play there, or Shoo could play in left field and Castellanos DHs. Any scenario involving Castellanos or Shoo playing in left field would involve sacrificing defense in terms of offensive production.

Whether it's Castellanos, Marcell Ozuna or another established veteran, you get the sense that the Rangers are as likely as any team to make another notable addition before Spring Training.