Baseball feels just a little off this spring, doesn’t it? It’s not hard to pinpoint the missing ingredient. Spring ball has arrived but one of the sport’s most engaging figures, Yasiel Puig, is still nowhere to be found. The bat-flipping, brawl-starting renegade has left a tangible void in his wake, leaving baseball without its resident anarchist, a fiery pot-stirrer who only knows one way to play—all out.

The 29-year-old, for all his flaws, is too good a player to be navigating the free-agent waters this close to Opening Day. Coming off career-high RBI (84) and stolen base totals (19) in 2019, the reason for Puig’s continued unemployment remains a mystery. However, there has been some traction on the Puig front recently with the White Sox, among other suitors, showing keen interest in the charismatic right-fielder. With injuries popping up every which way, Puig figures to land a job sooner rather than later, which begs the question, whose threads will the human embodiment of the “100” emoji be donning in 2020? It’s anyone’s guess where the feisty outfielder will plant his flag next, though these five teams would arguably make the most sense. 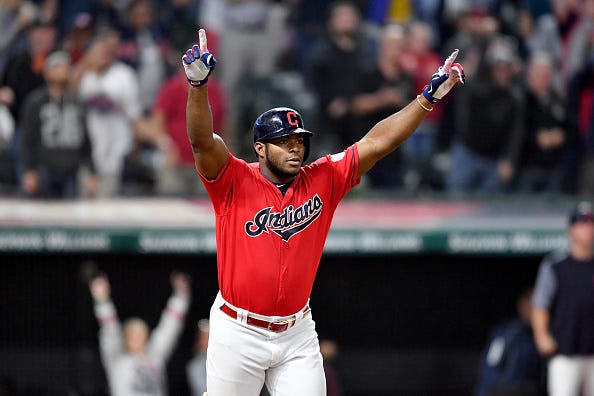 It’s not going to make up for trading away Mookie Betts, but adding a proven hitter in Puig would represent a peace offering to fans still fuming over Mookie’s sudden exodus. Even with defensive whiz Kevin Pillar inked to a one-year deal, the Sox could still use another outfielder in their stable with Betts gone and newcomer Alex Verdugo on the shelf with a fractured back. And while Jackie Bradley can play a mean center field, the former ALCS MVP has often been a liability at the plate (.236 career average).

Fenway would take some getting used to—he’s only played there twice with both appearances coming during the 2018 World Series—but right-handed sluggers in Puig’s vein have traditionally thrived there, feasting on the park’s iconic Green Monster situated just 310 feet from home plate.

The White Sox are said to be the frontrunner for Puig’s services and though the South-Siders aren’t exactly hurting for outfield talent—stud prospects Eloy Jimenez and Luis Robert comprise two of the team’s starting outfield slots—the hulking 6’2,” 240-pounder could certainly be of assistance to the Pale Hose.

For starters, he’d be an ideal platoon-mate for current right-fielder Nomar Mazara, who has largely struggled against left-handed pitching (.231 lifetime average). And while Chicago’s lineup boasts plenty of youth, aging sluggers Jose Abreu (33) and Edwin Encarnacion (37) don’t exactly fit that criteria. That could afford Puig, an erratic but cannon-armed outfielder, more opportunities at DH where Encarnacion (who can play first base in a pinch) and Abreu both figure to see regular days off. Many view the quietly stacked White Sox as AL dark horses and adding Puig’s power and underrated speed to the equation would further legitimize what was already one of the league’s more intriguing clubs. 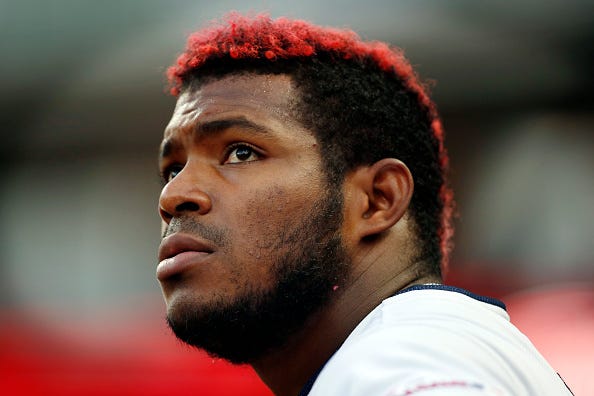 Pittsburgh’s lineup could use a shot of life after slugging a mere 163 long balls in 2019, fourth-fewest in the majors behind only Kansas City, Detroit and Miami. Puig would help in that regard while also filling a glaring need for the Bucs, who dealt outfield mainstay Starling Marte to Arizona as part of their offseason makeover.

Marte’s bat will be difficult to replace (.295/.342/.503 with 23 homers, 82 RBI and 25 SB last season), though the dinger-smashing Puig could at least serve as a reasonable facsimile. Offensively, Puig would also be a noticeable upgrade on Jarrod Dyson, who is more known for his slick glove work in center field than his hitting prowess (.247 lifetime average with 21 homers in 2,317 major-league at-bats).

Between the offseason departure of Domingo Santana (who the M’s inexplicably non-tendered) and Mitch Haniger’s continued injury struggles, Seattle’s outfield is running on fumes. First-round pick Kyle Lewis should see more outfield run this year after debuting as a September call-up in 2019 and ex-Rockies staple Carlos Gonzalez is hoping to crack the Mariners’ Opening Day roster after latching on as a non-roster invitee. Former Mets farmhand Jarred Kelenic (MLB.com’s 11th-ranked prospect) is also waiting in the wings should the M’s call on him. But even with those reinforcements in hand, the Mariners could still benefit from Puig’s potent bat after hitting an embarrassing .237 (second-lowest in MLB) last season.

Despite swatting 29 homers a year ago, the Cardinals made the tough call to let Marcell Ozuna walk in free agency (he later joined the Braves on a one-year, $18-million pact). That could be a sign St. Louis envisions bigger roles for up-and-comers Tommy Edman and Tyler O’Neill, who both served as part-timers in 2019.

With Harrison Bader entrenched in center and Dexter Fowler the favorite for every-day responsibilities in right field, St. Louis seems likely to stand pat with its current collection of outfielders. But if the Cardinals get restless and feel a need to address their power void (even with Ozuna chipping in, St. Louis still ranked near the bottom of the league in home-run production last year), Puig would be a worthy flyer.