Anthony Rendon couldn't have had a better contract year.

Most notably, Rendon helped the Nationals to win their first World Series title in franchise history in 2019. In a 17-game postseason run that culminated in a World Series victory over the Houston Astros, Rendon hit .328 with three home runs, 15 RBIs and 11 walks.

MLB Trade Rumors projects that Rendon will land a seven-year/$235 million deal. Additionally, since the Nationals issued a qualifying offer to Rendon that he rejected, if he leaves in free agency, they'll receive draft compensation from the team that signs him.

Every detail and report that surfaces about Rendon will be monitored and dissected closely until he finally signs. The RADIO.COM Sports team is here to keep you updated on the latest involving Rendon:

Both the Los Angeles Dodgers and Washington Nationals appear unlikely to win the Rendon sweepstakes, per Ken Rosenthal of The Athletic:

RADIO.COM MLB Insider Jon Heyman says that Los Angeles Angels owner Arte Moreno has "told folks he loves Anthony Rendon." By extension, it's not a leap to think the Angels will stay engaged on him.

Additionally, Heyman says the the Atlanta Braves have "checked in" on Rendon, but believe the price is "a tad deep." The Braves could lose Josh Donaldson in free agency, although it would seem strange for Rendon to be a fall-back option, because he's expected to get a significantly larger deal than Donaldson.

Meanwhile, both Nationals owner Mark Lerner and general manager Mike Rizzo suggested to the collective media, including Mark Zuckerman of MASN, that they believe the Nationals are still in play to some degree on Rendon because Stephen Strasburg was willing to accept deferrals in his seven-year/$245 million deal.

Jim Salisbury of NBC Sports Philadelphia says that the Phillies "appear to be more interested bystanders than active pursuers."

Washington Nationals owner Mark Lerner revealed in an interview with NBC Sports Washington that the team can only afford to bring back one of either Rendon or free agent pitcher Stephen Strasburg.

"We can only afford to have one of those guys," Lerner said. "They're huge numbers. We already have a large payroll to begin with."

While the Nationals would like to retain Rendon, RADIO.COM MLB Insider Jon Heyman says that the Nationals are more confident about their chances of retaining World Series MVP Stephen Strasburg than Rendon.

Rendon has met with both the Los Angeles Dodgers (per Jorge Castillo of The Los Angeles Times) and Texas Rangers (per Evan Grant of The Dallas Morning News).

Additionally, "some high-ranking club executives" predicted to ESPN's Buster Olney that Rendon will sign prior to Stephen Strasburg and Gerrit Cole. 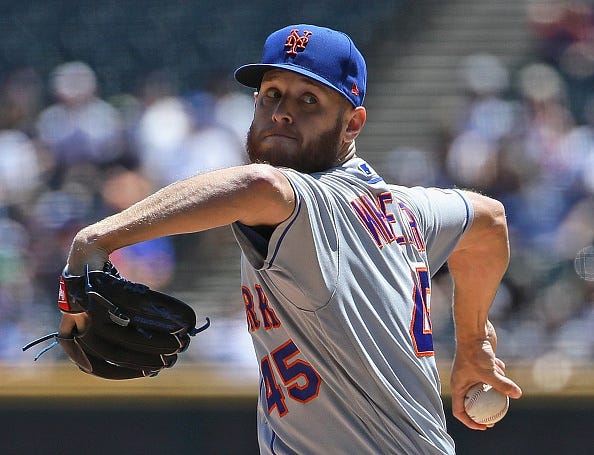