The long history of baseball is full of “what-ifs”. What if Bill Buckner had fielded Mookie Wilson’s ground ball cleanly? What if Babe Ruth had started his career out as a batter? What if he had never been traded to the Yankees? What if stars like Ichiro and Hideki Matsui had started their careers out in the Major Leagues earlier on?

But one event in baseball trumps all others in the “what-if” department: the 1994 strike.

The 1994 MLB season lives on in infamy as the season that ended due to a strike, and thus, the season with no World Series. But instead of looking at what wasn’t there, it becomes increasingly more interesting (and perhaps more frustrating) to look at what could have been.

Seeing as it’s the 25th anniversary of when the strike came to an end and baseball finally picked back up for the 1995 season, it feels like a good time to look back on where things stopped short before 1995 provided a clean slate, which affected most everybody in both positive and negative ways. It also seems like a necessary time to go over the last stoppage to a baseball season as we’re currently going through one right now, and the longer it goes, the more potential “what-ifs” start to spawn.

What if Mookie Betts never plays a game for the Dodgers? What if the Yankees caught an enormous lucky break, allowing key players to recover instead of missing time in what could have been a disappointing season? What if players like Ronald Acuna and Juan Soto have to take a year off in their young, budding careers that could have continued putting them on a trajectory toward the Hall of Fame?

I’m getting ahead of myself now. Instead, there are more than enough hypotheticals to go over if we turn back the clock a quarter of a century.

Statistically, the 1994 season was incredible. The line between records and milestones was in sight for many players around the league. And while there is no asterisk in any statistics or records from 1994, the numbers fail to show which long-standing records might have been challenged, and the incredible feats that were unfortunately brought to an abrupt halt.

So, what if the strike had never occurred? 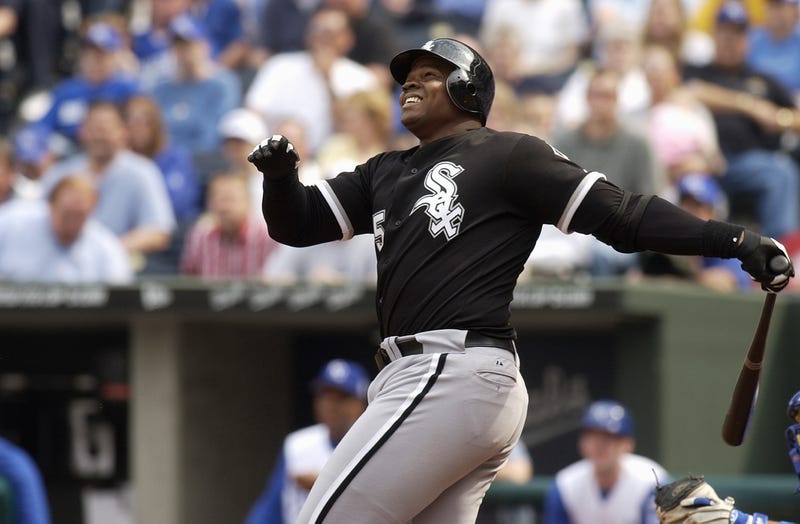 Frank Thomas was having an historic season in 1994. Photo credit Getty Images

The American League MVP for the 1994 season was Frank Thomas. The “Big Hurt” won the award the year before after a unanimous vote, putting up 41 home runs and 128 runs batted in, both in the top five of their respective categories. He continued his dominant tear into 1994, and at season’s end, he had played 40 less games than in the previous year. However, he put up only three fewer home runs, equaled his runs scored, and was voted the MVP in a nearly unanimous fashion.

His 1.217 OPS that season, widely regarded to be an all-inclusive offensive statistic, puts him behind only seven players in MLB history, including the likes of Ted Williams, Barry Bonds, and Babe Ruth. Had he kept up this torrid pace, he would have hit 54 home runs and scored 150 runs. Only Jimmie Foxx and Babe Ruth have ever put up 50-150 seasons, and Thomas would have been the first since 1932. 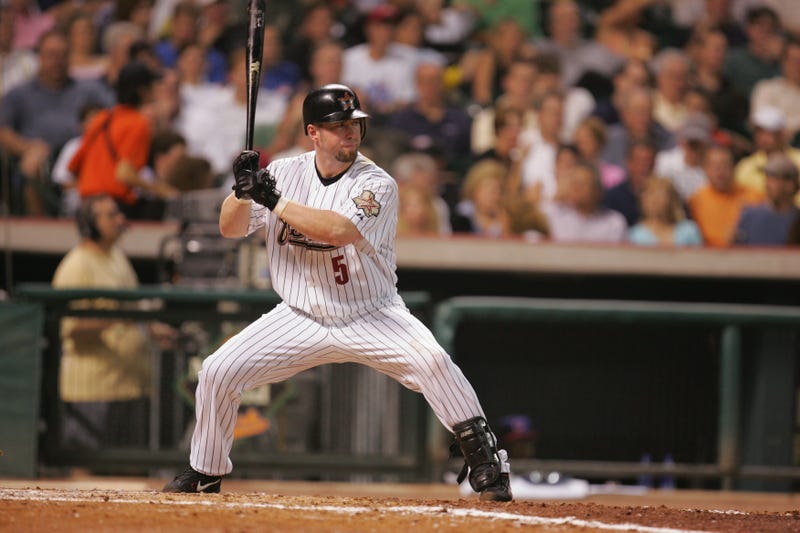 His National League MVP counterpart, Jeff Bagwell, put up similarly staggering numbers. Bagwell’s OPS puts him only two slots behind Thomas on the single-season leaderboards, earning him all 28 first-place MVP votes- the second unanimous decision in as many years. Only one first baseman, Todd Helton, has hit for a higher average since Bagwell’s .368 clip in 1994. Bagwell also led the league in runs scored, runs batted in, and total bases. 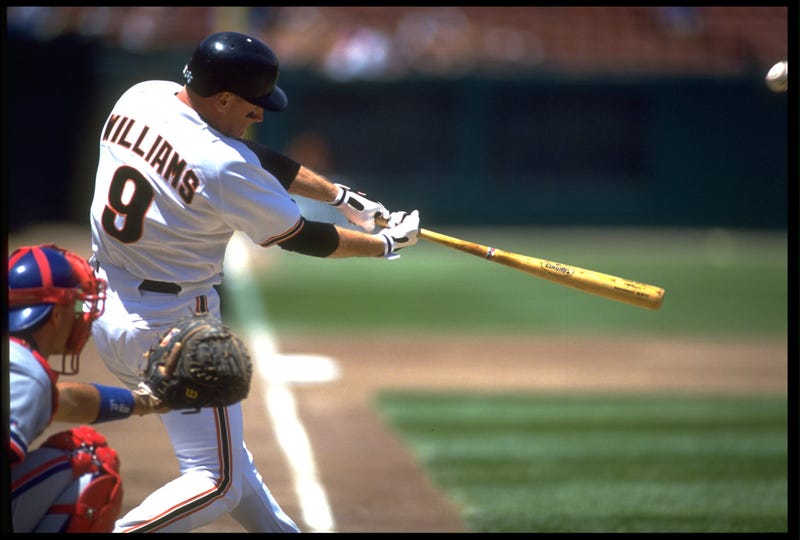 Matt Williams could have been the single-season home run record holder for a short time. Photo credit Getty Images

Meanwhile, neither Thomas nor Bagwell was leading the Major Leagues in home runs. That title goes to Matt Williams. The third baseman had been a renowned power hitter since his breakout season in 1990, and had 43 home runs when the season prematurely ended. Williams put together a respectable career, totaling near 400 home runs. But the ‘94 season may have been a “make it or break it” year for Williams. On pace to hit 60 home runs that season, he had an amazing opportunity to become the single-season home run king, surpassing Roger Maris’s 61.

Can you imagine if the famous arms race in 1998 between Mark McGwire and Sammy Sosa had been to catch Matt Williams instead of Roger Maris? Williams, however, would never have a 40 home run season again after ‘94. 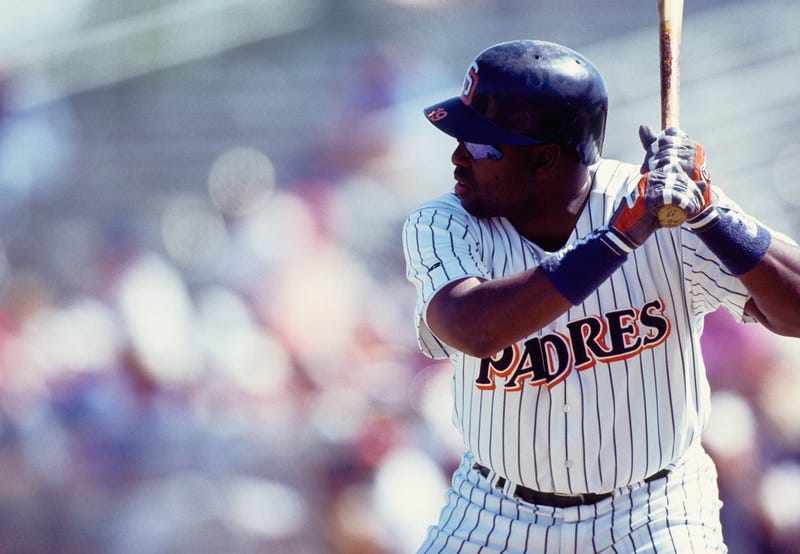 Ted Williams’ .406 average in 1941 is widely regarded as one of the greatest hitting performances of all time. It also holds a certain mystique as the last season in which a player ever hit or will hit .400 in a season. 1994 saw Tony Gwynn come oh so close, and he was showing no signs of slowing down, either, as he posted a whopping .475 average in the month of August before the season was called for good. No one has batted for a higher average than Gwynn’s .394 in 1994 since Williams’ .406 season. 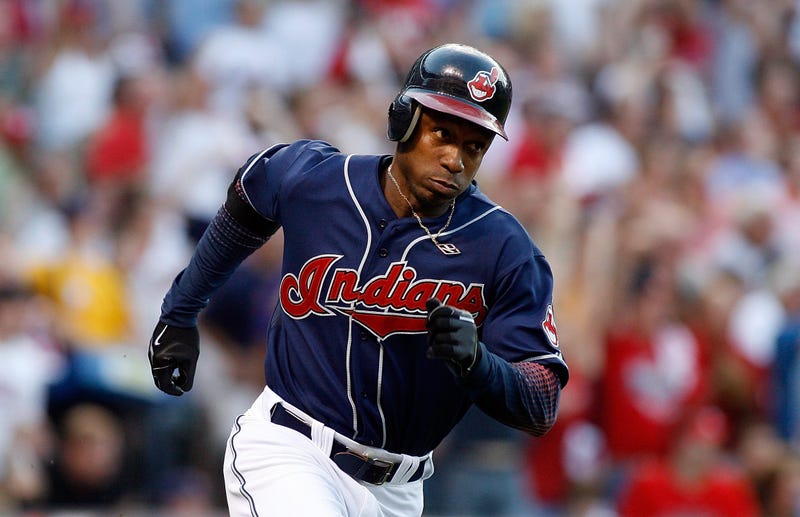 Another incredible season was on the horizon in Cleveland. Center fielder Kenny Lofton was coming fresh off of a 70-stolen base season, and was already at a league-leading 60 steals when the season ended in August. He also recorded a league high 160 hits, compiling a .349 batting average. Had he continued at this rate, he might have found himself stealing 70 bases and batting .350 or better. Only two players have ever done this since 1900, but it becomes even more impressive when considering that the most recent player to do this was Ty Cobb in 1915. 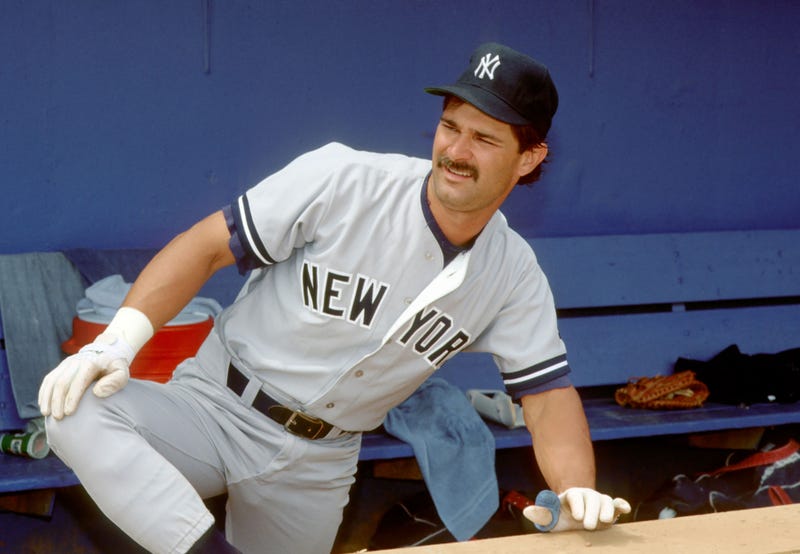 Donny Baseball was the face of the Yankees in the late '80s and early '90s. Photo credit USA Today

Don Mattingly brought in his ninth Gold Glove award at season’s end, but felt the pain as his playoff dreams were shattered. Despite performances throughout the 80’s that earned him tickets to six consecutive All Star teams, Mattingly never made the postseason with the Yankees. Finally, he had a chance with the first place Yanks in 1994 when those hopes were stripped from possibility.

Whereas this was especially difficult for Mattingly, he did manage to make the postseason the very next year. Unfortunately, the whole Montreal Expos suffered a similar fate. A franchise that had only visited the postseason once in its existence (1981), the Expos possessed the best record in the Major Leagues when August 11th rolled around and the season stopped short. The Montreal ballclub would never make another postseason appearance, which many fans argue contributed to the ultimate movement of the team to our nation’s capital.

“When I think about it, I can really feel that twinge in my stomach, that emptiness, that kind of sick feeling,” then-Expos general manager Kevin Malone told the LA Times in 2019.

The domino effect here is obviously full of hypothetical scenarios, but several of them are entirely plausible. Had the Expos gone on to compete and maybe even win the World Series, they likely would not have chosen to gut the roster throughout the next few seasons, ultimately culminating in a Pedro Martinez trade in which he was dealt to the Red Sox after he had gone 17-8 with 305 strikeouts and a 1.90 ERA. 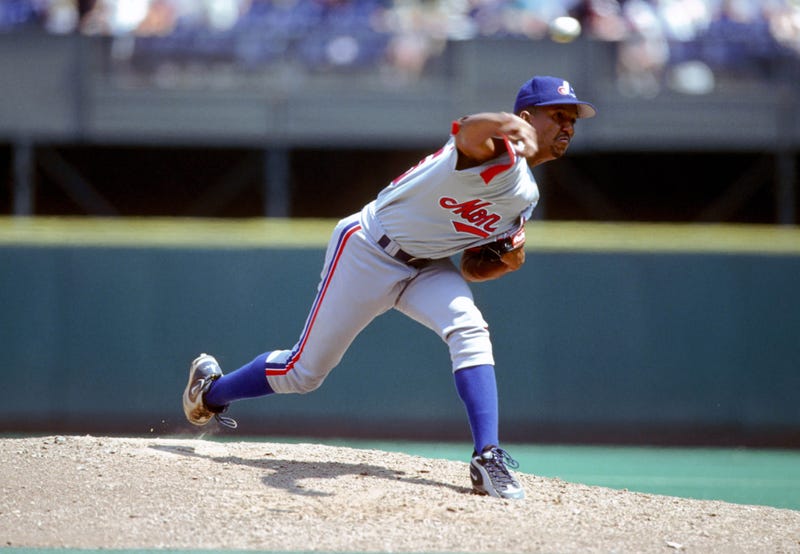 Pedro Martinez was the ace of the Expos before getting traded to Boston. Photo credit USA Today

From this move alone, there are numerous questions. Would the Red Sox have ever gotten Pedro Martinez? Would the Atlanta Braves have been able to win the division the next season (and the next, and the next, and then the next eight after that) if guys like Pedro Martinez had stuck around? Would Montreal have been able to continue building a fan base to the point where a move to the nation’s capital was deemed unnecessary?

There are numerous other “what-ifs” throughout the history of the Expos, including this shocking trade rumor that would have undoubtedly shaken up the franchise.

Here are several more fun tales of “what-if” and “what-could-have-been” situations that rose out of the 1994 strike-shortened season: 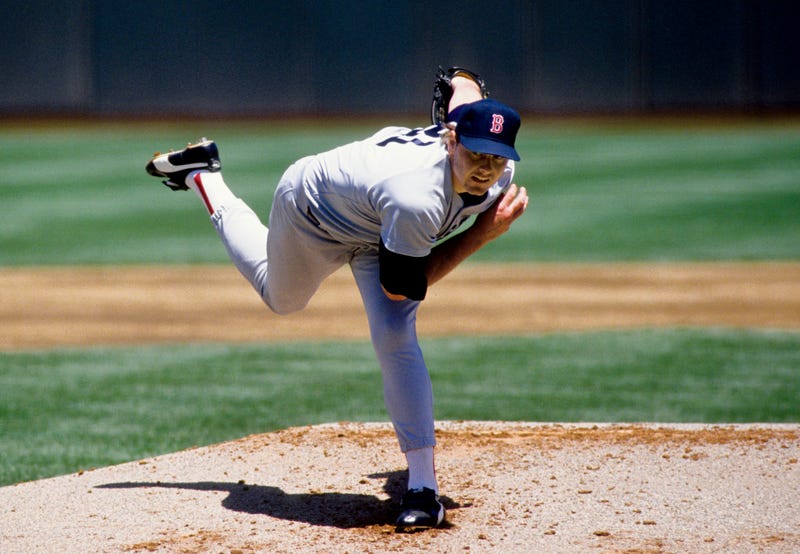 Roger Clemens had ups and downs at the end of his tenure in Boston. Photo credit USA Today

- Boston’s Roger Clemens had bounced back nicely in 1994 from a down season the year prior in which he went 11-14 with a 4.46 ERA. Through the first portion of the ’94 season, Clemens was 9-7 with a 2.85 ERA (and a league-best 176 ERA+). However, 1995 and 1996 saw him regress again where he performed no better than a middling starter. Whether or not the strike had anything to do with this decline is completely unknown, but the Sox decided to let him walk after his second lackluster season. Toronto scooped him up in 1997, only to get two straight Cy Young seasons out of Clemens at ages 34 and 35.

- The St. Louis Cardinals may not have ever been able to piece things together in the 1994 season, but if they had started performing better at the end, the leash on Joe Torre may have been extended just a little bit longer. Instead, he was fired by the Cards early on in the 1995 season as the team began a pretty deep rebuild. Of course, we know what happened to Torre’s career in New York after that. Here’s just one nugget: he won four World Series in his next five seasons as their manager.

- Ken Griffey Jr. led the AL with 40 home runs when the season was cut short, meaning the strike may have cost him the best season of his entire career. That’s not a sure thing, as it’s hard to one-up his back-to-back 56 home run seasons. However, seeing as he clubbed 30 round-trippers in just a 65-game span early on in the season, the sky was the limit for Griffey in 1994. - Fred McGriff, who finished his career with 493 home runs, was seventh in the majors with 34 when MLB action was put on hold. He almost certainly would have topped 40, a feat he was never able to accomplish in his career, and though his Hall of Fame bid is still alive through a veteran’s committee election, he would have been nearly a lock had he hit the 500 home run threshold.

- Three players threatened to break the single-season double record or at least break the 60-double barrier, an accomplishment rarely achieved throughout the history of our game. Chuck Knoblauch of the Twins led the league with 45, while Hall of Famers Craig Biggio and Larry Walker were right up there with 44 each.

- Cleveland’s Albert Belle followed up his tremendous shortened campaign with his famous 50 home run, 50 double season in 1995. But he was well within reach of doing it in 1994, with 36 home runs and 35 doubles in just 106 games. It’s also worth noting that he was hitting .357. If all things continued at their current pace, he could have been one of five players to hit 50 home runs while maintaining a .350 batting average, joining the elite company of Babe Ruth, Hack Wilson, Jimmy Foxx and Mickey Mantle.

And the list goes on. In a year full of tremendous displays of talent, players and fans alike will never know what might have come out of the season that ultimately stopped short. Hopefully, we’re not left wondering the same things coming out of the 2020 MLB season that never was. Instead, let’s think positively and hope that this day in history, when baseball officially resumed action in 1995, is a sign of things to come amid the current COVID-19 crisis.