The offer is expected to be worth far less than Springer should command on the open market as one of the best outfielders in baseball, and one of the most productive hitters in postseason history.

Springer had been scheduled to make $21 million in 2020, before the pandemic shortened the season and salaries were prorated. 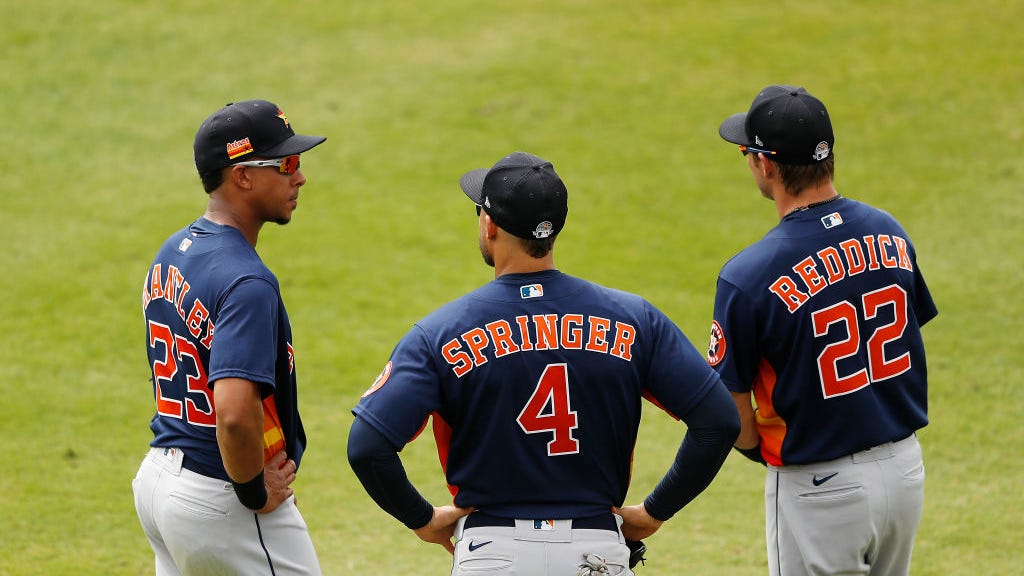 Astros general manager James Click said after the team was eliminated from the American League Championship Series that shorter term deals would be prioritized, but it's also his job to get creative with roster construction.

A one-year deal also representing a pay cut for Springer is not going to get it done, but there is still time for the Astros to negotiate a long term deal with the 2017 World Series MVP.

The Astros are in jeopardy of losing their entire starting outfield this offseason, with Springer, Michael Brantley and Josh Reddick all free agents.

Brantley did not receive a qualifying offer from the team, but it's been reported the two sides are working on a new contract as their is mutual interest.