The 2020 MLB season isn't a week old, but Philadelphia Phillies manager Joe Girardi has already begun to voice support for winning percentage, rather than exact record, determining the 16 teams that will reach the postseason.

Girardi's team, of course, is one of four clubs that haven't played a game since the weekend. Since the Phillies' opening series with the Marlins, an outbreak of COVID-19 among Miami's clubhouse has forced baseball to temporarily halt the seasons of both teams. That's had a ripple effect on the Baltimore Orioles and New York Yankees, who were initially scheduled to play the Marlins and Phillies, respectively, Monday through Thursday. Those home-and-home series have been postponed, and may not be made up.

The Yankees and Orioles will get back into action Wednesday evening, as baseball has adjusted the schedule to have the two American League East foes play each over the next two days. The Phillies likely won't return to action until Friday, when it appears that they'll be the visiting team against the displaced Toronto Blue Jays at Citizens Bank Park. The Marlins will seemingly have the entire week off as MLB looks to contain the spread of COVID-19. What does the Marlins' schedule look like next week? They're supposed to be off Monday, before welcoming the Phillies to Miami on Tuesday.

Head spinning? Don't worry, Rob Manfred's appears to be as well. What you need to know is there are legitimate questions about whether this quartet of teams - especially the Marlins and Phillies - will be able to play the already shortened slate of 60 regular season games in 2020. 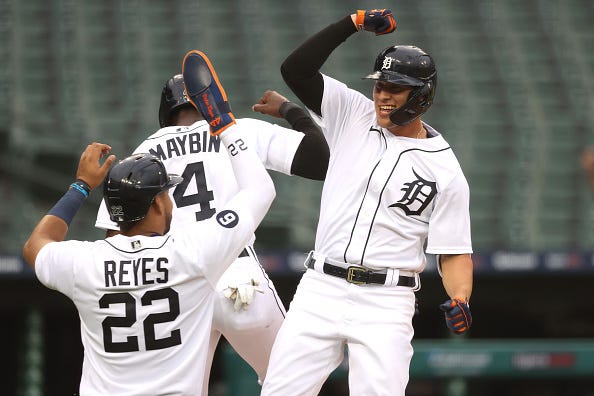 Tigers Off to Moderately Impressive Start

We're not going to get carried away by a five-game sample, even in a 60-game season, but the Tigers being off to a 3-2 start is noteworthy when they posted a .292 winning percentage a season ago. Center fielder JaCoby Jones already has two home runs, and the Tigers did take two of three from the Cincinnati Reds, a trendy playoff pick, to open the season. At the very least, it's a fun start for Ron Gardenhire's club. 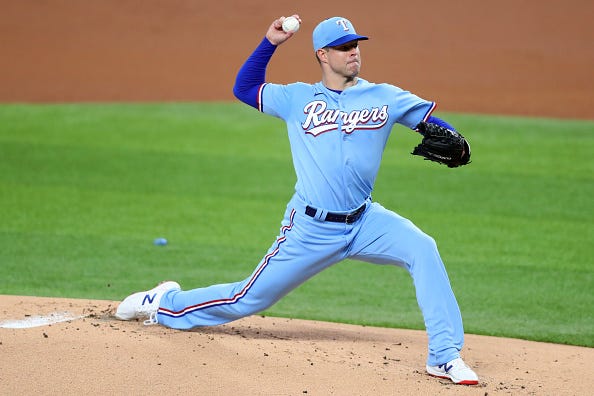 The Corey Kluber Bounce-Back Dream May Already Be Dead

There was hope in Arlington that two-time American League Cy Young Award winner Corey Kluber could bounce back if he remained healthy in his first season with the Texas Rangers. Unfortunately, the 34-year-old lasted just one inning in his first start with the club, and may miss the rest of the 2020 season after tearing a muscle in his throwing shoulder. One of the best pitchers of his era, Kluber may find himself searching through offers low in major league guarantees this offseason. 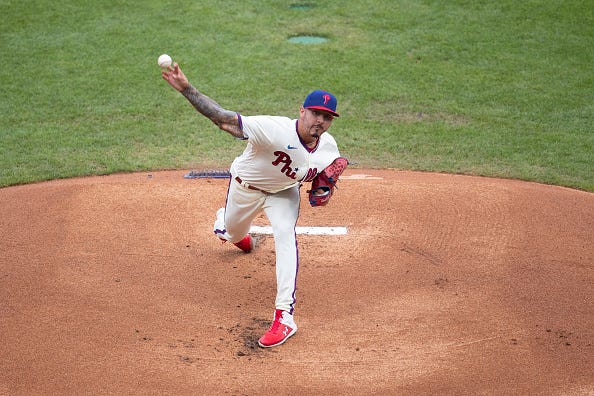 Despite an impressive win last Saturday that saw the Phillies flash their offensive potential and Zack Wheeler make an impressive debut with the team, it was hard to leave the weekend with a positive feeling, even before the magnitude of the Marlins' COVID-19 outbreak was apparent. The Phillies, who were under .500 against the Marlins last season, lost two of three in their opening series. Marlins' starter Sandy Alcantara continued his dominance over the Phillies on opening day. Even with an improved pitching repertoire, Vince Velasquez lasted just three innings in his first start of the season. And while you don't want to jump to too many conclusions after one series, the Phillies' middle relief looks like it could be among the worst in the sport. If the Phillies can't snap an eight-year postseason drought in 2020 - when eight National League teams will go to the playoffs - there may very well be changes made in some high places in the organization. 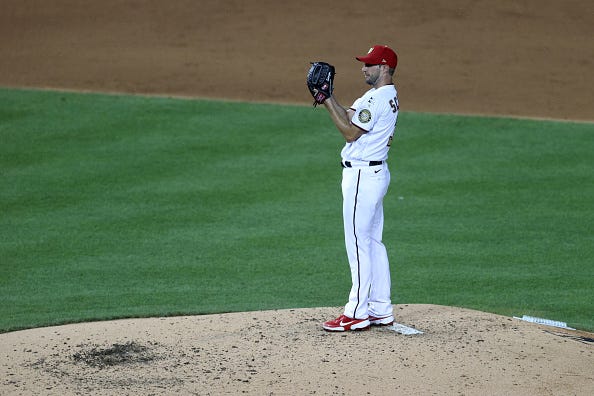 Max Scherzer and the Nationals are off to a slow start in 2020. Photo credit (Rob Carr/Getty Images)

As they want for Juan Soto to return from an asymptomatic bout with COVID-19, the defending World Series Champion Nationals are off to a very slow start. Max Scherzer did strike out 11 batters on opening day, but he also gave up four runs in 5.1 innings, including a monster home run off the bat of Giancarlo Stanton. Stephen Strasburg - who stayed as healthy as he ever has in 2019 - was scratched from his first start, as he's dealing with a nerve issue in his right hand. And without Soto, Ryan Zimmerman and offseason departee Anthony Rendon, Dave Martinez's lineup looks pretty underwhelming. The Nationals, notably, got themselves in an early hole last year, before storming back to win the World Series. There isn't time to storm back in a 60-game season. 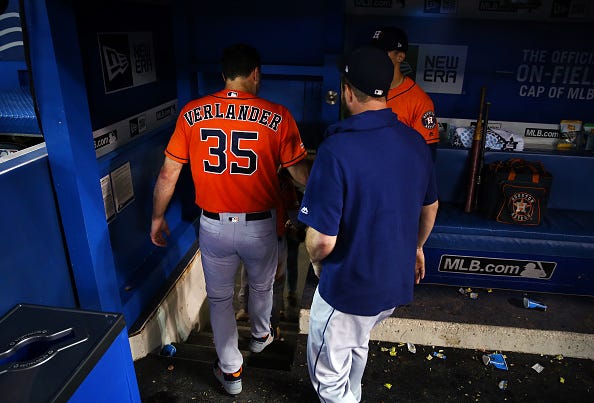 Astros May Be Without Verlander for Remainder of Season

Whether he misses the remainder of the season or just a few weeks, losing reigning American League Cy Young Award winner Justin Verlander with a forearm strain for a chunk of the season is devastating for Dusty Baker's team. The Astros, of course, already saw Gerrit Cole walk in free agency this offseason. The defending American League Champions still boast a loaded lineup, but after Zack Greinke and Lance McCullers Jr., the team's starting rotation is pretty short on proven options. 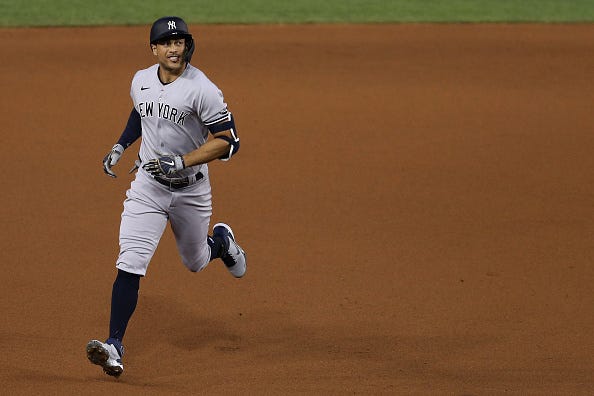 Stanton Off to Scorching-Hot Start For Yankees

The Yankees haven't played since the weekend, but as they prepare to return to action this evening, it appears that 2017 National League MVP Giancarlo Stanton has once again become must-watch TV. After injuries limited him to just 18 games in 2019, the 30-year-old is off to an impressive start in 2020, as he hit two titanic home runs against the Washington Nationals last weekend. If the four-time All-Star is healthy in 2020, perhaps we underrated just how dominant a Yankees' lineup that also includes Aaron Judge, DJ LeMahieu and Gleyber Torres could be.