In 2019, Jack Flaherty took the ball for the St. Louis Cardinals in their second game of the regular season. His first start of the season proved to be rather disastrous, as he gave up seven hits and four earned runs over just 4.1 innings.

That didn't end up being indicative of what was to come from Flaherty in his age-23 season. Far from it, really.

Flaherty, a former first-round pick, developed into one of baseball's best pitchers in the second half of the season, going 7-2 with an 0.91 ERA in 15 starts after the All-Star Break.

The Cardinals rode a breakout season from Flaherty to 91 wins and a National League Central title in 2019. They dispatched of the Atlanta Braves in the NLDS before eventually being eliminated in the NLCS by the eventual World Series Champion Washington Nationals.

It's perhaps unfair to expect any young player to put together the type of stretch that Flaherty did after the midsummer classic last year, but pennant races are often decided by players who come of age quicker than expected. With that in mind, here's a look at five potential breakout candidates for the 2020 MLB season: 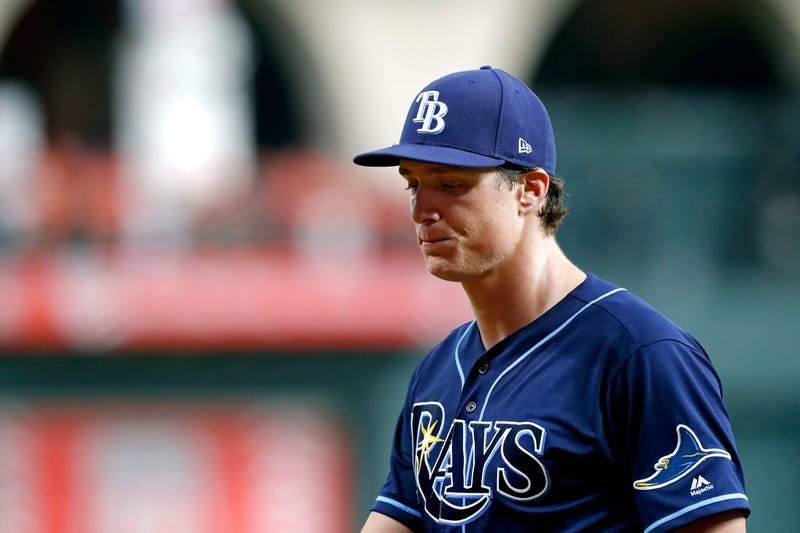 Even though they play in the same division as the New York Yankees, the Rays checked in at No. 3 on our first RADIO.COM MLB Power Rankings of the 2020 season. Their starting pitching is the primary reason why.

Righty Tyler Glasnow was held to just 12 starts because of a right forearm strain, but he was dominant when he pitched last season. In 60.2 innings that spanned 12 starts, Glasnow went 6-1 with a 1.78 ERA, 2.26 FIP and 2.3 fWAR. It was less than half of a full season, but Glasnow pitched at a Cy Young level when he was healthy, a trend we expect to carry into 2020.

After adding Gerrit Cole in free agency, the Yankees are the favorites to win both the American League East and the World Series. However, don't rule out the Rays giving the Yankees a run for their money in 2020 if their starting pitching stays healthy and Glasnow is able to put together a full season pitching at an elite level. 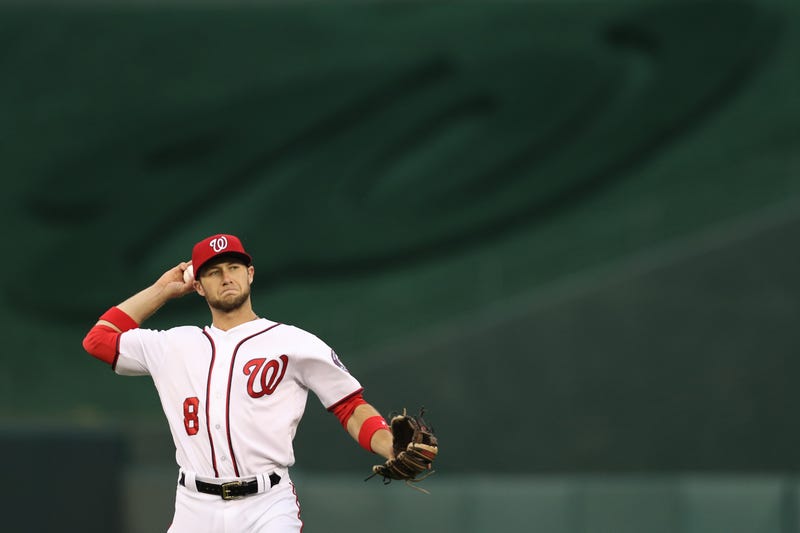 If the Washington Nationals want to have a chance to win a crowded National League East - let alone defend their World Series title - they need Carter Kieboom to become an impact player in 2020.

World Series hero Anthony Rendon, who finished third in National League MVP voting in 2019, departed in free agency to sign a lucrative deal with the Los Angeles Angels. Though the Nationals were connected to Josh Donaldson in free agency, he ultimately landed with the Minnesota Twins. And at the time of publication, there's no indication that general manager Mike Rizzo plans to make a trade for Kris Bryant or Nolan Arenado before the season begins.

Enter, Kieboom, a natural shortstop, who it appears will be the Nationals' Opening Day third baseman in 2020.

A season ago, Kieboom got a cup of coffee at the major league level, but posted just five hits in 39 at-bats. Still, Baseball America ranked him as the Nationals' No. 1 overall prospect entering 2020, on the heels of a season where he slashed .303/.409/.493 with 16 home runs and 79 RBIs across 412 at-bats for Triple-A Fresno. Baseball America believes he has room to grow as a hitter still, saying that Kieboom "projects as a No. 2 hitter in the major leagues with the potential to grow into enough power to hit in the middle of a lineup one day."

In 2019, Rendon posted a 7.0 fWAR, the seventh-highest mark among all position players in baseball. Kieboom isn't going to match that season in 2019, or probably ever. But for the Nationals to return to the postseason, he's among the young pieces that Dave Martinez's team needs to take a major step forward to help make up for the loss of Rendon. 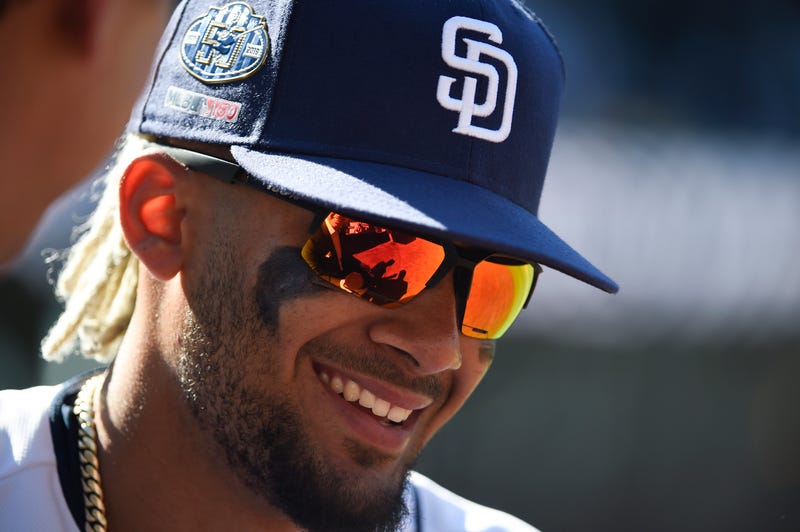 In his first 84 games at the major league level, Tatis Jr. slashed .317/.379/.590 with 22 home runs, 53 RBIs, 16 stolen bases and a 3.6 fWAR. Never mind if that type of production when put up over the course of a full season would have been enough for him to challenge Pete Alonso for the National League Rookie of the Year, had Tatis Jr. kept that production up over a 162-game span, he would have drawn National League MVP consideration in his first season.

Unfortunately for Tatis Jr. and the Padres, the shortstop was limited to just 84 games despite breaking Spring Training with the major league camp. A hamstring injury cost him the entire month of May. A back injury ultimately ended his season in mid-August. Certainly, Tatis Jr.'s health is something to monitor in 2020 and moving forward, because it seems to be the only thing that could stand in the way of him being one of the most productive players this decade.

Truth be told, the Padres have a chance to be one of baseball's most successful franchises this decade. Manny Machado is hoping for a bounce-back season in 2020. Chris Paddack had an excellent rookie season a year ago, posting a 3.33 ERA in 26 starts. Baseball America says they possess the second best farm system in baseball. But, at the forefront of any postseason hopes in 2020 and beyond, is Tatis Jr. 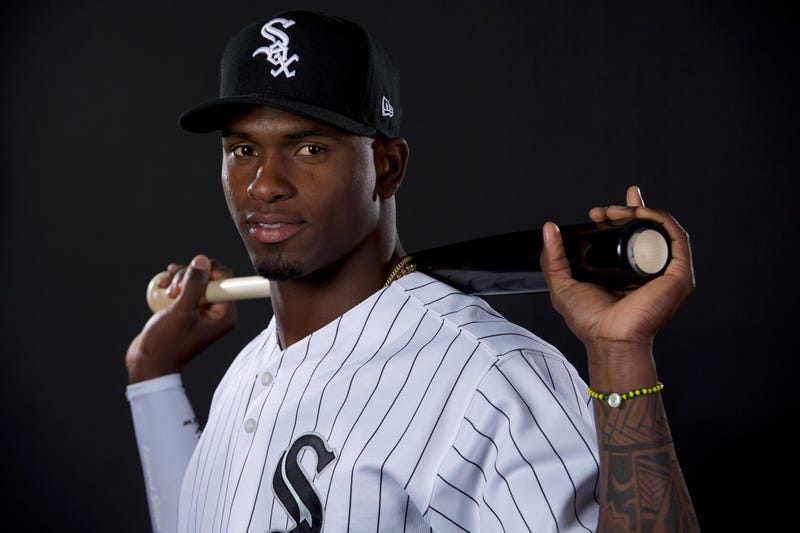 Luis Robert is expected to make an impact for the White Sox in 2020. Photo credit (Jamie Schwaberow/Getty Images)

The White Sox added quite a bit of veteran talent this offseason - Yasmani Grandal, Dallas Keuchel, Gio Gonzalez, Edwin Encarnacion and Steve Cishek all agreed to free-agent deals to head to the North Side this offseason.

However, it's the young talent that the White Sox possess that makes them the most intriguing team in Chicago in 2020.

In addition to Eloy Jimenez, Yoan Moncada, Tim Anderson and Luis Giolito, the White Sox will add center fielder Luis Robert to the mix this season.

Robert won't be a prospect much longer, though, as he inked a six-year/$50 million with the White Sox in January, setting the expectation that he will be in Rick Renteria's Opening Day lineup. 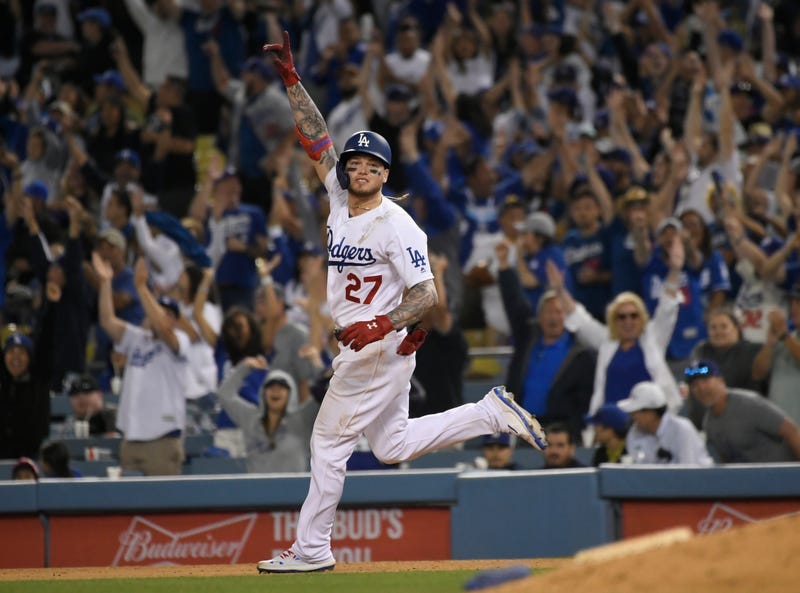 It's fairly universally agreed upon that the Red Sox didn't get equal value in the trade that sent former American League MVP to the Los Angeles Dodgers.

However, as much as trading away Betts burns, the Red Sox did get some impact pieces back in return for Betts. At the forefront of their return is outfielder Alex Verdugo, who was the No. 1 ranked prospect in the Dodgers' farm system at this time a season ago.

Again, he's not Betts. But a season ago, Verdugo hit .294 with 12 home runs, 44 RBIs and a 2.2 fWAR in 106 games for the Dodgers. As he gets an expanded role and joins a lineup that still includes Rafael Devers, Xander Bogaerts, J.D. Martinez and Andrew Benintendi, Verdugo should be in a position to break out offensively.

Even if Chris Sale bounces back, it's fair to wonder if the Red Sox have enough starting pitching depth to even compete for a Wild Card spot in the American League in 2020. However, even after trading Betts, the Red Sox do project to have a very good lineup, both this season and moving forward.