With just a 60-game regular season slate, 2020 will be one of the most unique seasons in the history of Major League Baseball. The entirely different dynamics were factored into RADIO.COM Sports' 2020 National League Awards predictions. 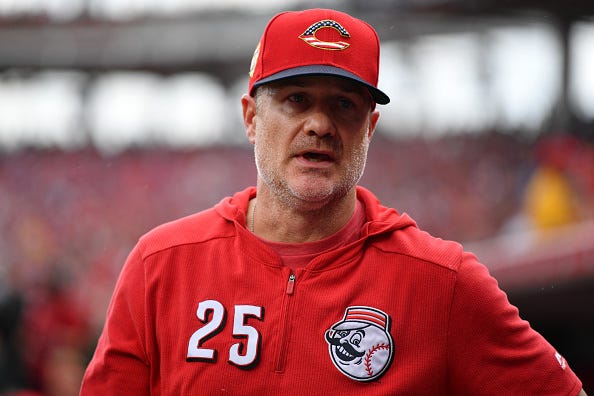 Only four teams in the National League have a higher over/under on wins than the Reds, so if they top their 31.5 mark, it won't exactly be a shock to anyone.

Still, in a division with the St. Louis Cardinals, Milwaukee Brewers and Chicago Cubs, it will be difficult to snag either the National League Central crown or one of the two National League Wild Card spots. If the Reds' high-powered offense can send them to the postseason, it will be quite the improvement over the 75 games that they won a season ago.

If Joe Girardi guides the Phillies to their first postseason appearance since 2011, he may be the favorite for the award, though the Phillies have quite the difficult schedule playing all their games against teams in the National League East and American League East. Ditto for Luis Rojas in Queens. The possibility also exists that the Dodgers are so dominant that Dave Roberts wins the award for the second time. 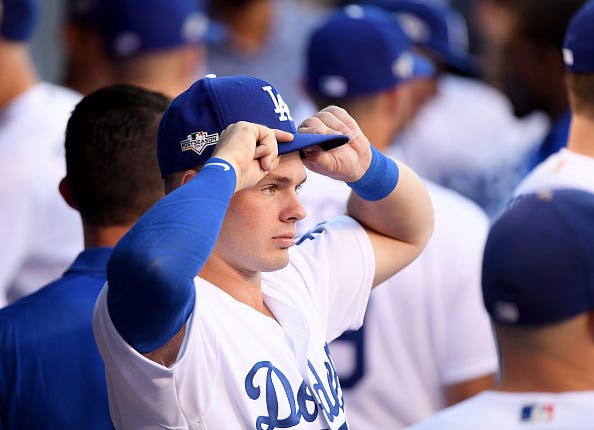 Lux got his feet wet at the major league level in 2019, but MLB Pipeline's No. 2 overall prospect in baseball will take over as the full-time second baseman in 2020. His scouting report suggests that he could be a "perennial .300 hitter," a scary proposition for opponents when you add him into a lineup that already includes Cody Bellinger, Mookie Betts, Justin Turner and Max Muncy.

Elsewhere, Washington Nationals' infielder Carter Kieboom is absolutely a candidate for the award. After losing World Series hero Anthony Rendon in free agency, Kieboom will be part of the group asked to replace the star third baseman. He's currently MLB Pipeline's No. 21 overall prospect in baseball after getting a cup of coffee at the major league level in 2019. 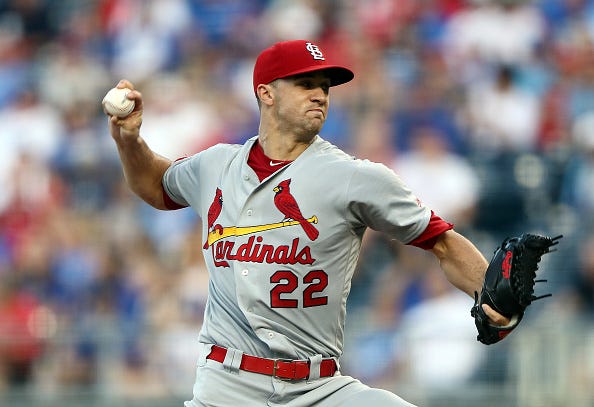 For the last half decade, the National League Cy Young Award race has been a battle between Los Angeles Dodgers' lefty Clayton Kershaw and Washington Nationals' righty Max Scherzer. In 2019, we may have begun to see a changing of the guard.

After the All-Star Break, Flaherty pitched as well as anyone in the sport outside of Gerrit Cole. After an underwhelming first half, the 24-year-old was unconscious following the midsummer classic, going 7-2 with an 0.91 ERA in 15 starts. He's our pick here, and could very well end up being the most dominant National League pitcher this decade.

It would be malpractice not to mention Jacob deGrom here, as he's won the last two National League Cy Young Awards and has probably been the best pitcher in baseball the last two seasons. Other potential contenders for the award include Stephen Strasburg, Aaron Nola, Luis Castillo and the aforementioned Scherzer. 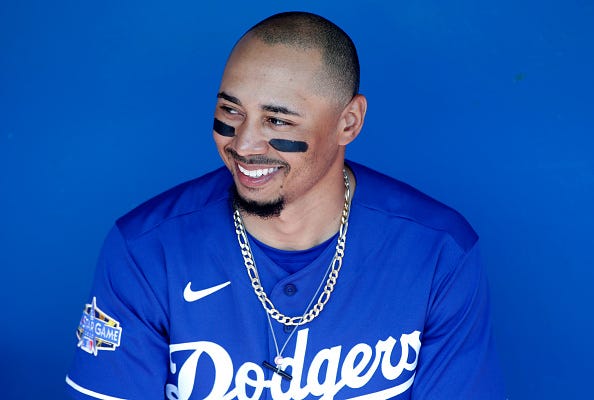 In May, legendary baseball writer Peter Gammons opined that Mookie Betts would be "lucky" to get $250 million in free agency this offseason because of the economic impacts of COVID-19. The new Dodgers' right fielder may have something to say about that, even in an abbreviated season.

Since the start of the 2016 season, FanGraphs says that only Mike Trout has been a more valuable offensive player than Betts. If you add him into a lineup that includes reigning National League MVP Cody Bellinger, it's not difficult to imagine him becoming the the second player in MLB history to win an MVP in both leagues.

Bellinger and Christian Yelich, who finished first and second in voting for the award a season ago, are obvious contenders for the senior circuit's most prestigious award as well. Additionally, Bryce Harper appears primed for a monster second season in Philadelphia. And you can copy and paste National League East foes Ronald Acuna Jr. and Juan Soto into articles like this for at least the next decade.

news
Fauci: Gathering over the holidays during COVID ‘is a risk’
music
Jimmy Fallon details his 'biggest revelation' after becoming a father
music
You have to see Halsey's 2020 Halloween look: 'Make it horror’
news
Millones de vehículos Toyota llamados a revisión en EE. UU.
news
Professional place holders will wait hours in line for you to cast your ballot
music
Bette Midler reveals details for 'Hocus Pocus' reunion including John Stamos in a devilishly handsome role