If there's a 2020 MLB season, it's going to be shortened in some way because of the COVID-19 pandemic delaying the start of the season by over a month (so far). To players due to become free agents this offseason and/or at their individual peaks, a shortened season hurts their earning potential and ability to accumulate career statistics.

However, there is a flip side to this. Assuming there is a season, key veteran players - especially ones that have played deep into the playoffs in recent seasons - stand to benefit from the season being a sprint, rather than a marathon. It's been over six months since the Washington Nationals defeated the Houston Astros in Game 7 of the 2019 World Series. With that type of respite, it's much harder to imagine the two veteran-heavy teams having the World Series hangover that could have plagued them in a 162-game season that started in late March.

With that in mind, here are the five MLB players that stand to benefit the most from a shortened season: 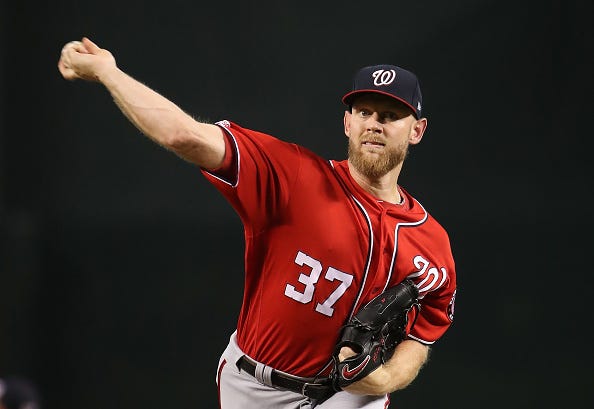 A season ago, Strasburg pitched 209.0 regular season innings. Not only was that the first time that he topped the 200 innings mark since 2014, but it was the first time that he pitched more than 175.1 innings in a single regular season over that same timespan. Additionally, Strasburg racked up another 36.1 innings in the Nationals' World Series run.

It was all worth it for Strasburg, as he won the World Series MVP and earned a new seven-year/$245 million deal from the Nationals after opting out of his contract. By re-signing Strasburg, though, the Nationals bet on the 31-year-old remaining one of the best pitchers in baseball for the better part of the next decade. For someone that has had injury concerns throughout the course of his career, it's not insignificant that Strasburg pitched 115.1 more innings in 2019 than in 2018.

Perhaps more than any other team, the Nationals stand to benefit from a shortened 2020 season. A lighter workload for Strasburg means good things for the organization this season and beyond. 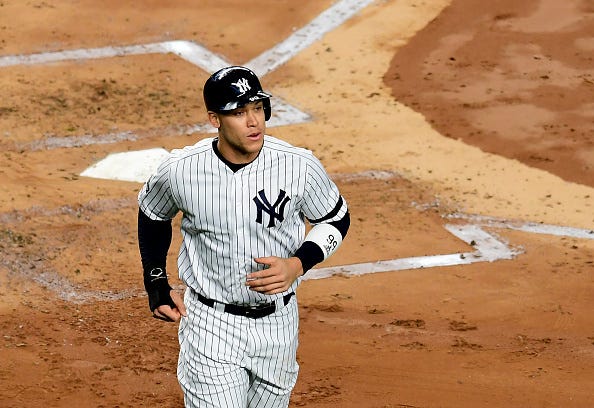 A year ago, despite being hit hard by the injury bug, Aaron Boone still guided the team to 103 regular season wins and an American League East title. The Yankees have such a deep roster that even if they are forced to play a part of the 2020 season without Judge - who is recovering from a collapsed lung and rib injury - they'll almost certainly reach the postseason.

Of course, the team didn't sign RHP Gerrit Cole to a nine-year/$324 million deal this past offseason just to return to the postseason. They've been there and done that. Said signing was made with one thought - win the franchise's first World Series title since 2009. If Judge is able to get healthy before the start of a potential season and stay healthy over the course of a smaller slate of games, the Yankees would be in tremendous position entering the postseason. 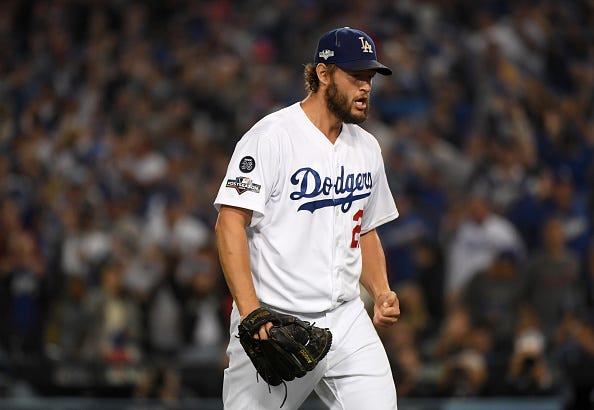 Last we saw Kershaw, he was admitting that he's earned a reputation as a great regular season player that's come up small quite a few times in the postseason. The latest trial came when he coughed up a lead in Game 5 of the NLDS, allowing back-to-back home runs off the bats of Anthony Rendon and Juan Soto in a game the Nationals would eventually eliminate the Dodgers in.

From that sense, the future Hall of Fame is probably eager for the season to start as soon as possible. Still, the 32-year-old has quite a bit of mileage on his left arm, and hasn't made 30 or more starts since 2015. When Kershaw has been on the mound over the last four seasons, he's still been extremely effective. But some forced load management probably isn't the worst thing for the eight-time All-Star.

You get the sense that after acquiring superstar outfielder Mookie Betts this offseason, it's now or never in terms of Kershaw's chances to win a World Series with the Dodgers. It's not that this is going to be his last season with the team, but if it doesn't happen with this team, maybe it's just not meant to. In a shortened season, a team that has had a heavy workload over the past five years is certainly in position to benefit, and Kershaw is at the forefront of that. 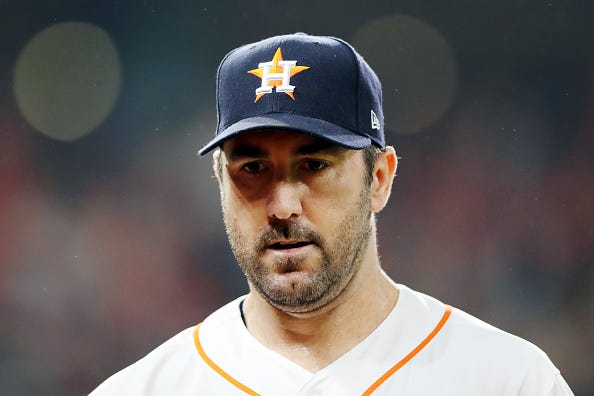 Verlander showed no signs of slowing down in 2019, going 21-6 with a 2.58 ERA, 3.27 FIP and 6.4 fWAR across 223.0 innings, en route to winning his second American League Cy Young Award. In his age-37 season, the Astros will ask Verlander to carry even more of the load in the starting rotation.

While the Astros will get Lance McCullers Jr. back in 2020 after having Tommy John surgery, they lost Gerrit Cole in free agency this offseason to the New York Yankees, arguably their biggest competition in the American League. Over the past two offseasons, they've lose Cole, Charlie Morton and Dallas Keuchel. They acquired six-time All-Star Zack Greinke last summer, but there's certainly as much or more pressure on Verlander as there's been since he joined the Astros.

On top of player personnel changes, the Astros will deal with questions all throughout 2020 about their sign-stealing scandal. Because of said scandal, Dusty Baker has replaced A.J. Hinch as the team's manager. Baker is known for asking quite a bit from his starting pitchers in terms of workload. Considering the Astros have reached at least the ALCS in each of the last three seasons, a shortened season could help extend their run of American League dominance. 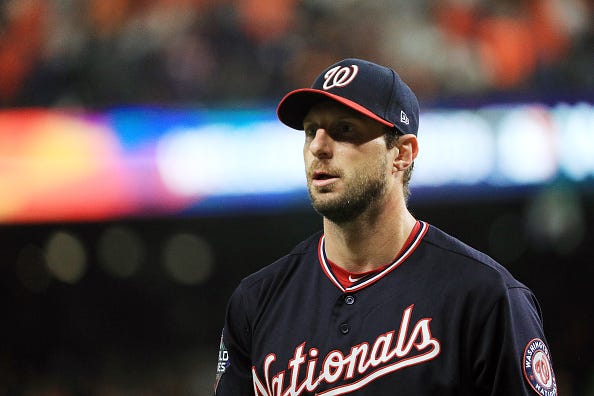 It's easy to forget because he ultimately returned to pitch in Game 7, but Scherzer had to be scratched from his scheduled start in Game 5 of the World Series because of neck spasms that were so painful he couldn't put clothes on by himself. That came after he had two injured list stints because of back strains after the All-Star Break.

Scherzer was still very effective when he pitched in 2019. Over 172.1 innings, Scherzer posted a 2.92 ERA, 2.45 FIP and 6.5 fWAR. Two injured list stints almost certainly cost him a chance to win his fourth overall Cy Young Award. It's possible that they were also a sign that at age 35, Scherzer is starting to hit a wall physically.

At the very least, the days of the seven-time All-Star pitching 220 or more regular season innings every season are probably over. A shortened season in 2020 could help him to extend what's been an incredible peak and convince any remaining skeptics that he'll by worthy of induction into the Baseball Hall of Fame when his career concludes.