It's hard to think of anything that the Chicago Cubs do as forgettable. Over the last 20 years, the Cubs have been involved in arguably the most controversial playoff game in the sport, and maybe the greatest World Series game that baseball has ever seen. Perhaps these five players having brief stints with the Cubs managed to slip through your radar as the team played in so many memorable games over the last two decades: 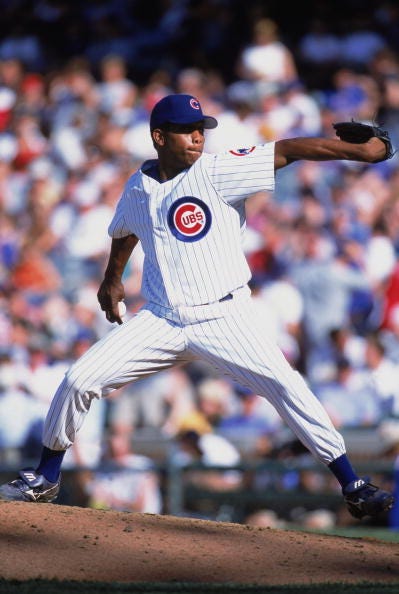 Before he was most known for being the father of Super Bowl MVP quarterback Patrick Mahomes, Pat Mahomes was a major league pitcher that managed to carve out a respectable 11-season career. In what turned out to be his second-to-last season in the majors, Mahomes appeared in 16 games for the Cubs in 2002. Across 14 relief appearances and two starts, Mahomes posted a 3.86 ERA for a Cubs team that actually had three different men - Don Baylor, Rene Lachemann and Bruce Kimm - manage them for portions of the season. 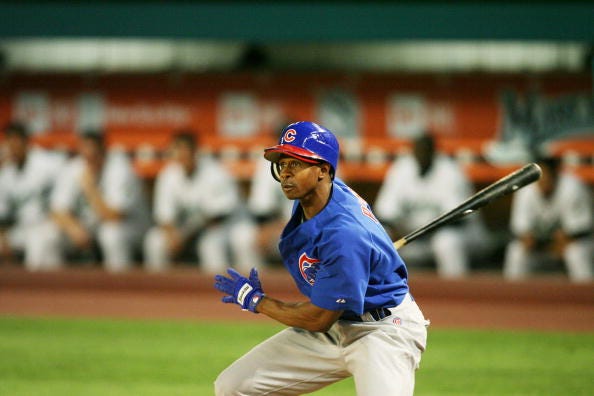 Three years after he was a key cog in the Florida Marlins' second World Series title, the Cubs landed Pierre in a trade ahead of the 2006 season that sent Ricky Nolasco, Sergio Mitre and Renyel Pinto back to South Beach. In his lone season with the Cubs, Pierre played all 162 games for the fourth consecutive season, while leading the league in hits and at-bats. Though he would steal 58 bases for the Cubs in 2006, he was also thrown out a league-high 20 times. The Cubs allowed Pierre to leave in free agency after just one season with the team, as the speedy center fielder would sign a five-year/$44 million deal to join the Los Angeles Dodgers ahead of the 2007 season. 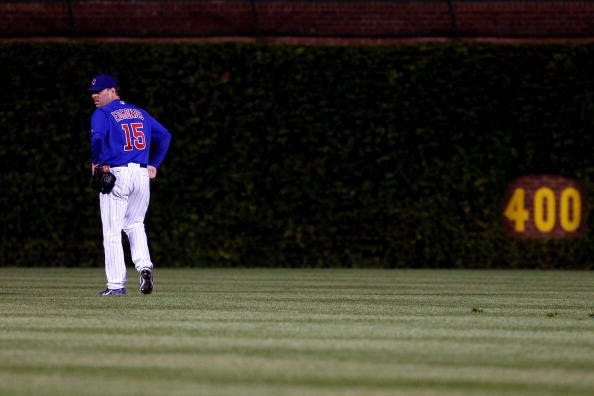 Edmonds tortured the Cubs for much of his career, launching 32 career home runs against Chicago, the most against any one opponent. Edmonds, also known for his stellar glove work in center field, spent eight seasons playing for the division-rival St. Louis Cardinals between 2000 and 2007. After beginning the 2008 season with the Padres, the Cubs signed Edmonds, who had been released by San Diego after a brutal 26-game stint. Edmonds was able to recapture some of his magic after being traded to the Cubs, as he hit 19 home runs and drove in 49 runs in a very impressive 85 game-stint for Lou Pinella's club. Despite winning 97 regular season games in 2008, Edmonds and the Cubs were swept by the Los Angeles Dodgers in the NLDS. Edmonds didn't play in the 2009 season, but returned to baseball in 2010, splitting his final season with Milwaukee Brewers and Cincinnati Reds. 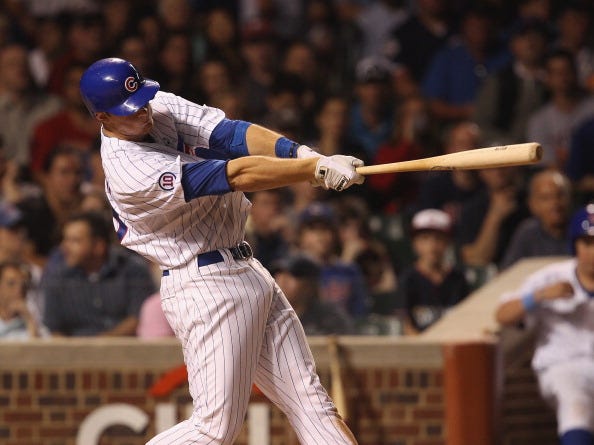 LeMahieu, who has developed into one of the most complete hitters in baseball, actually broke into the league with the Cubs in 2011, hitting .250 in 60 at-bats. After just 37 games with the Cubs, LeMahieu was traded to the Colorado Rockies as part of a package that allowed the team to land third baseman Ian Stewart and pitcher Casey Weathers. Let's just say that the Rockies won that trade, as LeMahieu won three Gold Glove Awards, made two All-Star teams and won a batting title in seven seasons with the Rockies. LeMahieu signed a two-year/$24 million deal with the New York Yankees ahead of the 2019 season, and turned in his best campaign to date, slashing .327/.375/.518 with 26 home runs and 102 RBIs, en route to finishing fourth in American League MVP voting. 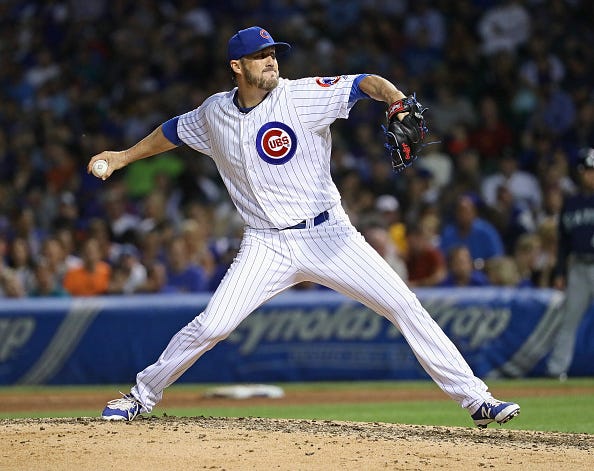 Nathan is one of the greatest closers in MLB history, as evidenced by the fact that he's eighth in league history with 377 career saves. However, while Nathan had memorable stints with the Minnesota Twins and Texas Rangers, he's much less remembered for his stint with the Cubs. After missing nearly the entire 2015 season following Tommy John surgery, Nathan attempted to continue his career in 2016, his age-41 season. Nathan didn't give up a run in any of his three appearances with the eventual World Series Champion Cubs in 2016, but was still designated for assignment shortly after making his debut with the team. Nathan would finish the season - and ultimately, his career - with a brief return to the San Francisco Giants, the team he began his career with.

news
Can you take pain relievers after getting the COVID-19 vaccine?
news
Some wealthy Americans accused of getting vaccines before they're eligible
news
Trump considering issuing as many as 100 pardons
sports
Report: Nationals showing interest in Jon Lester
sports
2021 NFL Scouting Combine will run under new format, no in-person workouts