The New York Yankees, obviously, are the most accomplished franchise in the history of Major League Baseball, and perhaps organized professional sports. But for every Babe Ruth, Mickey Mantle, Lou Gehrig, Reggie Jackson, Derek Jeter, Roger Clemens and Alex Rodriguez, there's a ton of former stars that you forgot had a brief stint in pinstripes. With inspiration drawn from a very enjoyable Twitter thread, here are five players that you may have forgotten were Yankees at one point: 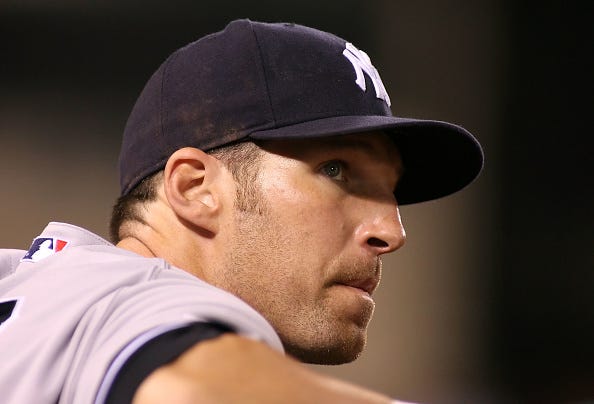 Between 1999 and 2006, it didn't matter what uniform Sexson had on, he was going to hit tape-measure shots when he stepped into the batter's box. Over the aforementioned stretch, he launched 262 home runs while playing for the Cleveland Indians, Milwaukee Brewers, Arizona Diamondbacks and Seattle Mariners. Sexson's other-worldly power at his peak didn't age especially well, though. The Mariners released the 33-year-old in July of 2008, a few months before his four-year/$50 million contract was set to expire. The Yankees took a flier on Sexson, but he didn't last a full month before being designated for assignment and ultimately released. Sexson received just 28 at-bats during his time with the Yankees, the final 28 of his 12-year career. 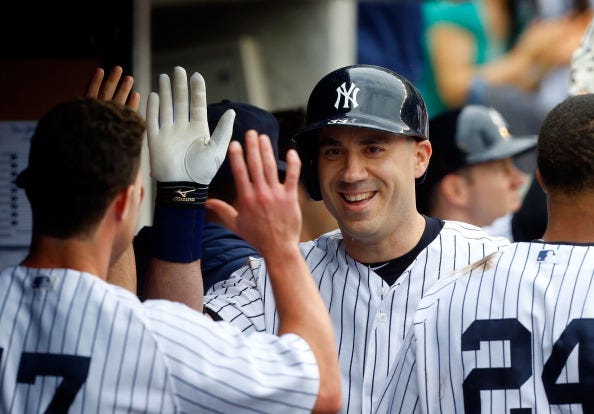 For a stretch in the mid-2000s, Hafner was one of the game's elite power hitters. Between 2004 and 2007, Hafner hit 127 home runs for the Cleveland Indians, while averaging nearly 110 RBIs per season. He even set a new MLB record by hitting a whopping six grand slams in the 2006 season. However, just like his teammate Grady Sizemore, injuries derailed Hafner's career. After a decade in Cleveland, Hafner signed a one-year deal to join the Yankees ahead of the 2013 season. In what proved to be the final season of his career, Hafner hit just .202 in 262 at-bats for Joe Girardi's squad. 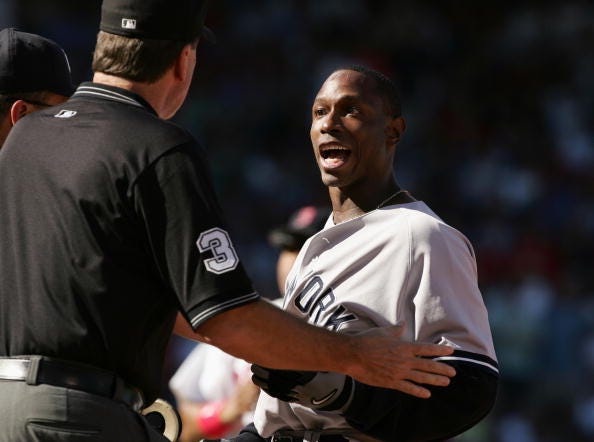 Kenny Lofton is one of the most well traveled players in MLB history. Photo credit (Al Bello/Getty Images)

You could probably do an entire series on teams you forgot that Lofton played for. DHL literally did a commercial making fun of how frequently the speedy center fielder changed teams. Though he spent a decade with the Cleveland Indians, the other seven years of his career were split on short stints with 10 different clubs. In between tenures with the Chicago Cubs and Philadelphia Phillies, Lofton spent the 2004 season with the Yankees. It was perhaps the most forgettable season of his entire career, as he played in just 83 games and swiped only seven bases. Put it this way, J. Cole's popular song "Kenny Lofton" wasn't inspired by his time in the Bronx. 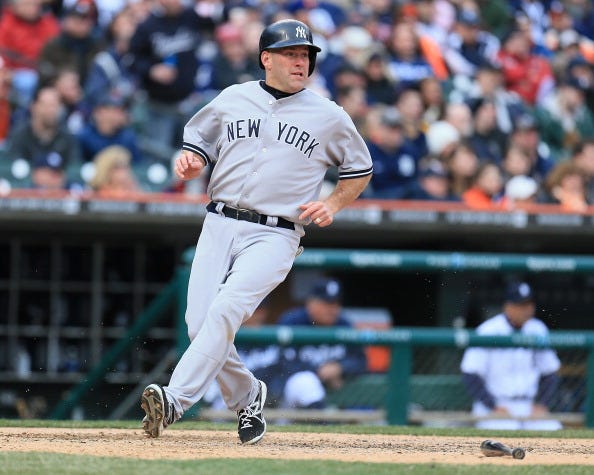 Youkilis is most remembered for his eight-and-a-half season stint with the Boston Red Sox, when he made three American League All-Star teams. He's associated to some degree with the Oakland Athletics as well, with Jonah Hill's character referring to him as "The Greek God of Walks" in the 2011 film Moneyball. In the final season of his career, Youkilis ditched the beard he donned in Boston and put on pinstripes. Youkilis lasted just 28 games for the 2013 Yankees, hitting .219 in 105 at-bats. 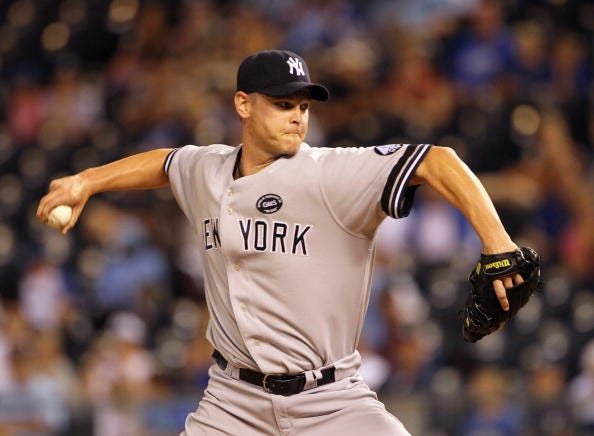 Kerry Wood pitched for the Yankees in the second half of the 2010 season. Photo credit (Jamie Squire/Getty Images)

Wood's early-career dominance with the Chicago Cubs is what most think of in regards to his 14-year career, but he actually had an incredible stretch for the Yankees as a reliever in the second half of the 2010 season. Wood struggled mightily in the first half of the 2010 season with the Cleveland Indians, posting a 6.30 ERA in 23 appearances. After a midseason change of scenery, Wood was able to reset and get locked in. In 24 appearances as a Yankee, Wood posted a 0.69 ERA, helping the Yankees to win the American League Wild Card. Wood's strong second half helped earn him a one-year/$1.5 million deal to return to the Cubs in 2011.

news
Here are four foods you should not feed your dog this Thanksgiving
music
Bill Murray’s brother Ed, who inspired ‘Caddyshack,’ dies
news
Biggest bar night of the year has been canceled amid pandemic
news
'Saturday Night Live' announces December hosts, musical guests
music
Barack Obama says Drake has his 'household's stamp of approval' and could play him in a movie
news
Elon Musk is now the second-richest man in the world, tied with Bill Gates