Bryce Harper and Manny Machado, last offseason's top two free agents, both took over 100 days to make their free agent decisions. Fortunately, there are early indications that none of this offseason's top trio - Gerrit Cole, Stephen Strasburg and Anthony Rendon - will take nearly that long making decisions on their respective futures.

Whether any of them will have a new contract by the conclusion of the MLB Winter Meetings - which run from Dec. 8 to Dec. 12 - is less clear.

With that in mind, here's a look at five transactions that could take place during what is typically one of the most active weeks on the hot stove calendar: 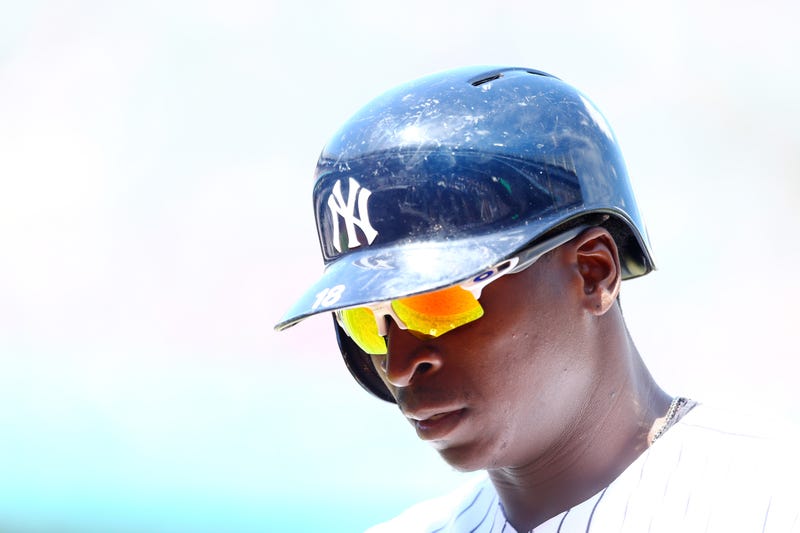 New Phillies manager Joe Girardi managed Gregorius in New York from 2015-2017, and didn't hide a desire to re-unite with the 29-year-old shortstop earlier this week.

“I’ve always been a big fan of Didi,” Girardi said to the assembled media, which included Matt Breen of The Philadelphia Inquirer.

After returning from Tommy John surgery, Gregorius hit just .238 with an underwhelming .276 on-base percentage in 2019. However, FanGraphs says that between 2015 and 2018, Gregorius was the seventh-best shortstop in baseball. There's reason to think he'll bounce back in 2020, wherever he plays.

MLB Trade Rumors projects that Gregorius will sign a three-year/$42 million deal. Since the Yankees didn't issue him a qualifying offer, any team signing Gregorius would not be required to give up draft compensation. 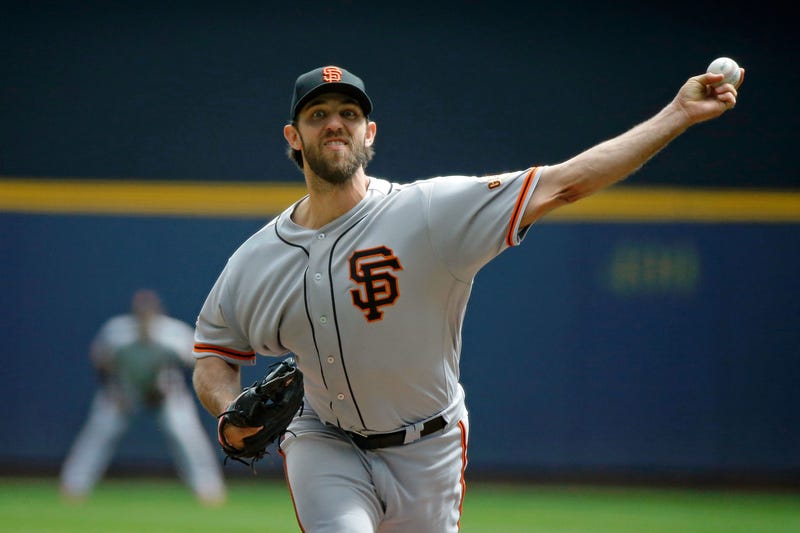 The Cardinals don't necessarily need to add a front-line starter, which makes them a perfect destination for this installment of Madison Bumgarner.

Indeed, Mark Feinsand of MLB.com says that the Cardinals have interest in the former World Series MVP.

Though not the pitcher he was at his peak, Bumgarner topped the 200 innings mark for the seventh time in his career in 2019, posting a 3.90 ERA and 3.90 FIP with the San Francisco Giants. It's been some time since he's pitched at an ace-type level, but in a rotation led by Jack Flaherty, that's not what would be asked of him.

Additionally, Bumgarner is widely considered to be one of the greatest pitchers in postseason history, as he has a 2.11 ERA and 0.90 WHIP in 102.1 innings. The Cardinals reached the NLCS in 2019, but were swept by the Washington Nationals, who had an extremely deep starting rotation.

It is worth noting that the Cincinnati Reds, Chicago White Sox and Minnesota Twins have also been connected to Bumgarner. The feeling here, though, is he fits best with the Cardinals.

MLB Trade Rumors initially projected that Bumgarner would sign a four-year/$72 million deal. That said, it feels likely he'll top that number after Zack Wheeler received a five-yer/$118 million deal from the Philadelphia Phillies. Any team signing Bumgarner would have to give up draft compensation as well, since he declined the qualifying offer that the Giants issued to him. 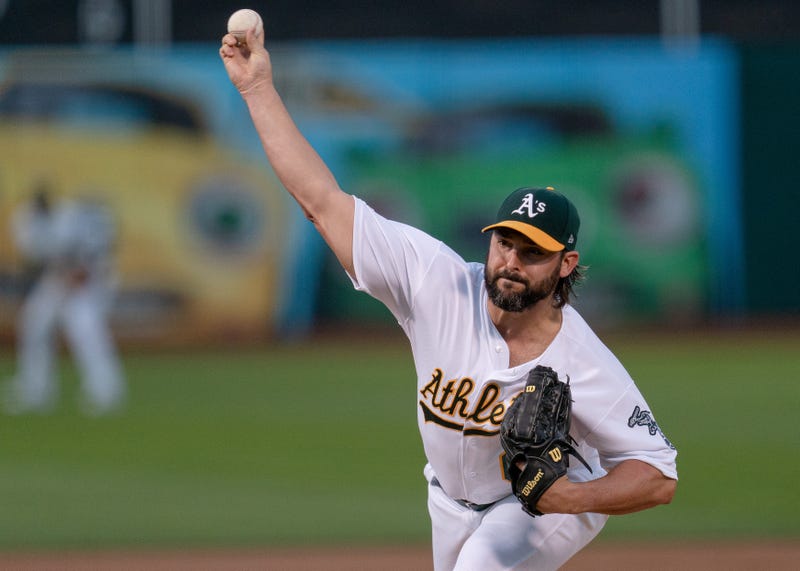 In each of the last four seasons, Roark has tossed at least 165.0 innings, making him one of the sport's most reliable innings eaters. That makes him an interesting target for a Toronto Blue Jays team that's trying to move in the direction of competing.

The Blue Jays have been connected to LHP Hyun-jin Ryu, who won the National League ERA crown in 2019. Ryu finished second in National League Cy Young Award voting in 2019, so while it's good for the Blue Jays to cast a wide net, he may be a bit of an eager addition right now.

MLB Trade Rumors projects that Roark will land a two-year/$18 million deal, which is a much smaller commitment than it will take to sign Ryu. (Roark also doesn't carry the same injury concerns that Ryu does.) Additionally, it will be the type of deal that's very moveable in a trade, should the Blue Jays choose to go that route at any stage of the deal. 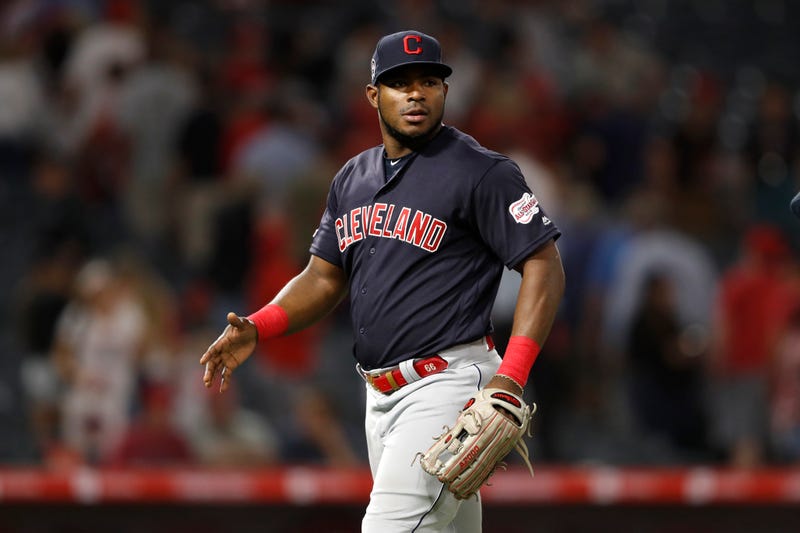 In what figures to be a heavily-contested National League East, the Miami Marlins will almost certainly finish in last place in 2020. That said, it feels entirely possible they'll improve on the 57-105 record they posted in 2019.

The Marlins have already acquired two bounce-back candidates in first baseman Jesus Aguilar and second baseman Jonathan Villar. Why not add a third?

In a season that he split with the Cincinnati Reds and Cleveland Indians, Yasiel Puig posted just a 1.2 fWAR, the second lowest total of his career. That said, even in a relative down year, Puig still hit 24 home runs and drove in 84 runs. Taking a flier on him and hoping he has a big first half and can be flipped for a lottery ticket ahead of the July 31 trade deadline might not be a bad strategy.

Additionally, Puig, a Cuban defector, may welcome the chance to play in Miami.

Puig, who obviously wasn't issued a qualifying offer, would be cheaper for the Marlins to sign than other outfield options, like Nicholas Castellanos and Marcell Ozuna. MLB Trade Rumors predicts that the 28-year-old will sign a one-year/$8 million deal this offseason. 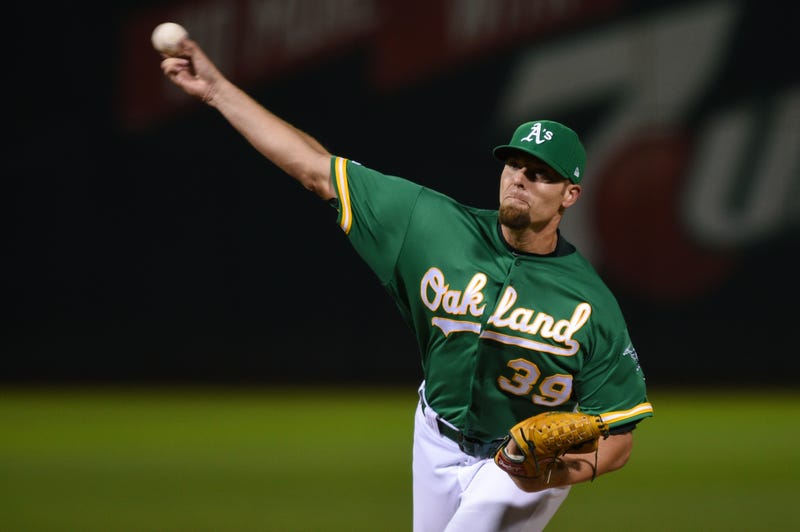 Virtually every team in baseball should be interested in Treinen after the Oakland Athletics non-tendered him.

Though the 31-year-old struggled in 2019, he had one of the better seasons a reliever has ever had just two season ago. In 68 games in 2018, Treinen posted a 0.78 ERA and closed out 38 games in a season that saw him make the American League All-Star team.

Jorge Castillo of The Los Angeles Times says that the Dodgers have interest in Treinen. If signed, Treinen would give Dave Roberts another set-up option in getting the ball to Kenley Jansen, and also provide an insurance option if Jansen runs out of gas, which he seemed to in July and August of 2019.