With MLB desperately trying to come to an agreement with the union on a plan for the 2020 season, there are a number of fascinating proposals that could be included that have to do with changing the rules.

We've heard ideas of some of the possible rule changes being floated around, including an extra innings modification that would add a runner on second to the start of each half inning, multiple methods to improve the pace of play, and even an extra innings home run derby -- though that one has been called "not too likely" to come to fruition by our MLB insider Jon Heyman.

But speculation has been swirling around one rule change for years, and 2020 will finally be the year that it goes into action, should the union accept the proposal presented by the league. That rule, of course, is a universal designated hitter, so that the National League will also add an extra position player to the lineup while taking out the pitcher.

With Heyman's recent announcement that the league's owners have approved a plan to take to the union on Tuesday, several fans seem confident that the universal DH is one of the many interesting proposals that make up the plan. And while some traditionalists aren't too pleased with the idea, there are also several national league teams that are licking their chops at the opportunity to install a DH slot into their lineups.

Which teams are the ones that would gain the most from adding a DH? Let's take a look. 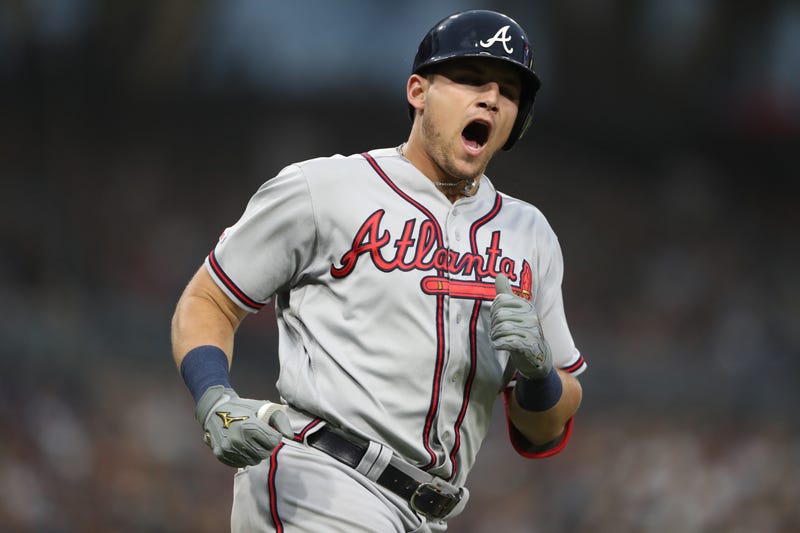 Austin Riley is expected to blossom into a powerful everyday bat for the Braves. Photo credit Getty Images

After losing the Josh Donaldson sweepstakes in free agency -- whether or not they tried overly hard to retain him -- the Braves' lineup featured a bit of an uncertainty at the hot corner. Two names, Austin Riley and Johan Camargo, offered two very different skill sets that put each of them in a position to lobby for the starting spot. With a universal DH, it's likely that both of them would fill spots in the starting lineup.

Riley is the power hitter of the duo, clubbing 18 home runs in half a season's worth of games. While his strikeout rate of 36.4% isn't exactly a usable figure at the major league level -- the worst figure by a starter in 2019 was Miguel Sano at 36.2% (min. 400 plate appearances) -- he looked much more polished in the spring. Ray Glier of Forbes noted that his power looked similar, but what struck Braves fans was his developing patience and discipline at the plate which had previously led to such high strikeout totals.

His competition, Camargo, batted for much less power and, while he had some defensive struggles in 2019, he was reliable as an everyday fielder on the left side of the infield the season prior. If Camargo can manage to perform similarly to his 2018 season and his 2020 offseason, in which his OPS hovered right around .800, he'd be a more than acceptable everyday third baseman while Riley was slotted in at DH to develop into the power-hitting threat he's poised to become.

Freddie Freeman is and will be the regular first baseman no matter what, but if Riley can prove to be a better fielder, he could take over for Freeman on occasion in order to negate some of the damage caused by Freeman's glove. Though he won the Gold Glove in 2018, he regressed in 2019 and was given one of the lowest Defensive Runs Above Average marks in the league. 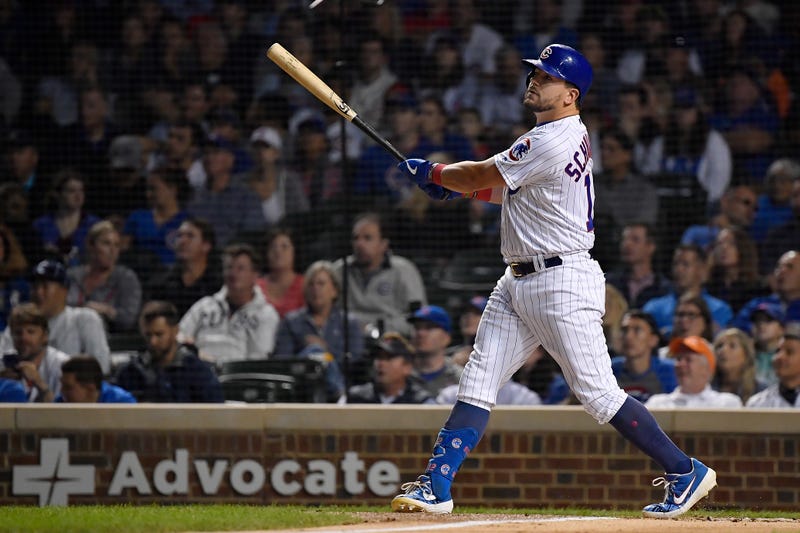 The Cubs have a ton of depth in their outfield. Kyle Schwarber, Steven Souza, Ian Happ, Jason Heyward, and Albert Almora are all guys that the Cubs want involved in their game plan in 2020. While Heyward is the clear-cut starter in right, there looks to be fair competition for the rest of the everyday starters in the outfield, especially with the implementation of a universal DH.

Schwarber needs a place in the starting lineup given the pop he can provide for a team, but he's in the bottom-20 outfielders in Fangraphs' aforementioned DEF metric, meaning he'd likely be the guy to slide into that spot. With that said, Souza's power is something the team will seek out, as he's just two years removed from a 30 home run campaign before badly injuring his leg to derail his 2019 season. Mark Gonzales of the Chicago Tribune reported that Souza could potentially "work in a rotation" with Almora and Happ, should the Cubs want to utilize all three, and that the universal DH would help to facilitate this process.

With so many weapons in the outfield and additional infield pieces without a definite place to play -- MLB.com's Jordan Bastian pointed out that there is a deep battle for second base including the likes of David Bote, Jason Kipnis and Nico Hoerner -- the DH would be an asset that helps to make David Ross' first-year game plan much more flexible. 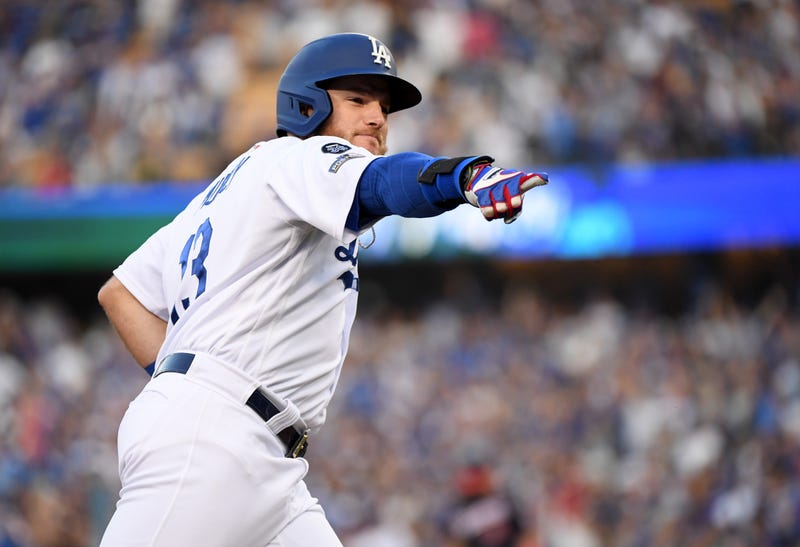 The Dodgers' embarrassment of riches on offense will be revealed regardless of whether or not a universal DH is implemented, but it will help them to lessen the annoyance of having so many dangerous options on the bench should the NL adopt this rule. Max Muncy and Kike Hernandez are the cogs that can really make this thing go, moving around the infield (or the outfield, in Hernandez's case) to allow Justin Turner to occupy the DH role, or maybe Cody Bellinger, or Gavin Lux, Joc Pederson, A.J. Pollock... you get the idea. The outfield is a particular area where this rule could come in handy, as Brook Smith of Dodgers Nation notes that Pollock's and Peterson's status as a starter could wholly rely on the handedness of the opposing pitcher.

It's not that they desperately need the universal DH to be implemented. But it certainly won't make them worse, meaning that NL teams get a whole new reason to be afraid of the powerhouse in the West. 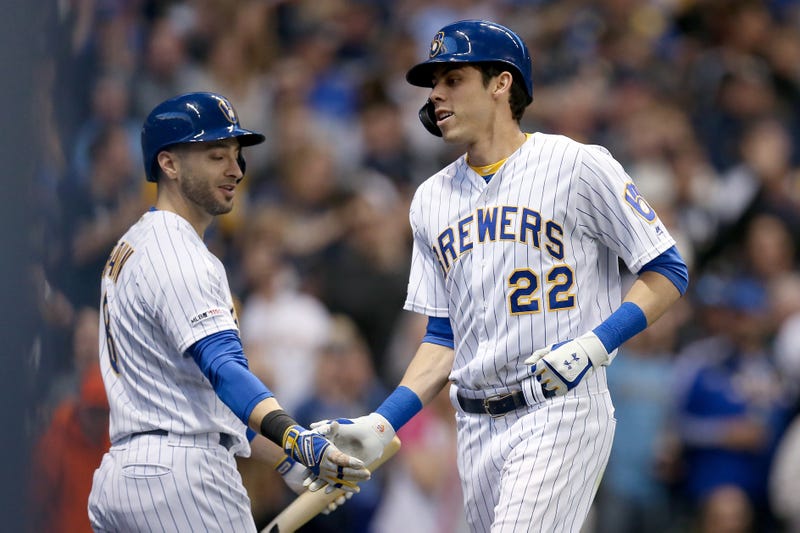 Both Christian Yelich and Ryan Braun would benefit from a DH rule. Photo credit Getty Images

This one's a no brainer. On the one hand, you have the Patrick Mahomes of the MLB: the extremely dangerous weapon that you'll do anything to protect in order to secure their longevity and production. Yelich will look to return from injury and pick up right where he left off, dominating the National League and anyone who faced en route to an MVP-caliber season. Besides, even when he was healthy, Yelich wasn't the greatest defensive outfielder to begin with.

On the other hand, you have aging veteran Ryan Braun, who is a defensive liability in the outfield as of late but could reportedly move to first base in 2020 for the first time in his career.

Should Yelich stay in the outfield and Braun play first base, Justin Smoak, Brock Holt, Ben Gamel and Jedd Gyorko could all compete for playing time as DH. Should Yelich occupy the DH position, Gamel could fill that void, or alternatively, Braun could shift to the outfield, and Smoak could play first. Should Braun play DH, Smoak would fill in for him at first. 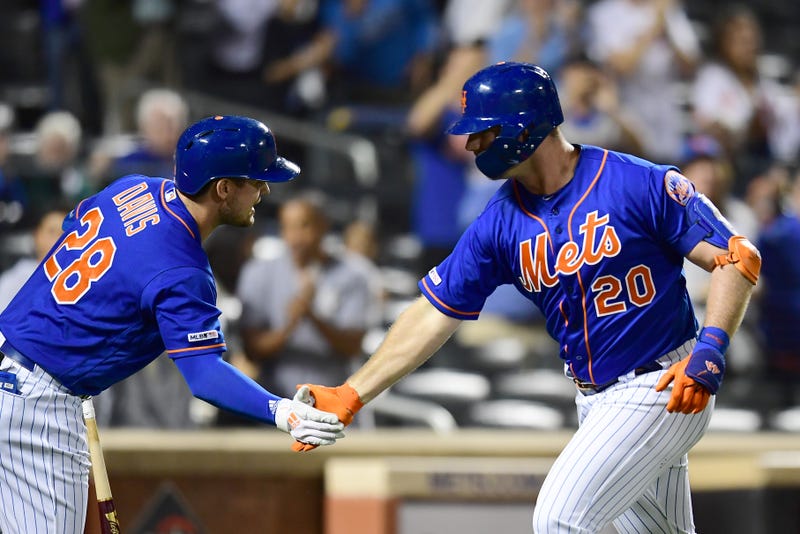 Pete Alonso and J.D. Davis would likely both spend time at the DH should the rule become applied universally. Photo credit Getty Images

This is the lineup that, in my opinion, would benefit most from the implementation of this rule. Pete Alonso and J.D. Davis are phenomenal hitters. To put it plainly, they're both pretty bad in the field. That's not to say that Alonso would occupy the DH position all the time, unless his fielding was really, really hurting them. He'll have to become more polished in the field as the franchise centerpiece, after all.

While Davis is one piece that could occupy that position, aging veterans like Yoennis Cespedes and Robinson Cano are much easier guys to envision in that space, giving special preference to the former should he be able to return from injury smoothly (not a given). Another player who is likely praying for the inclusion of the DH is Dominic Smith, the hard-hitting young player who could finally get a shot at some real playing time. In a career-high 197 plate appearances in 2019, Smith recorded an .881 OPS and would look to build upon that season in an extremely well-rounded lineup.

The Mets also have guys like Matt Adams, Jed Lowrie and Jake Marisnick who could fill in at DH at any given day to provide players with some rest, as they're definitely not slouches coming off the bench in this deep clubhouse. 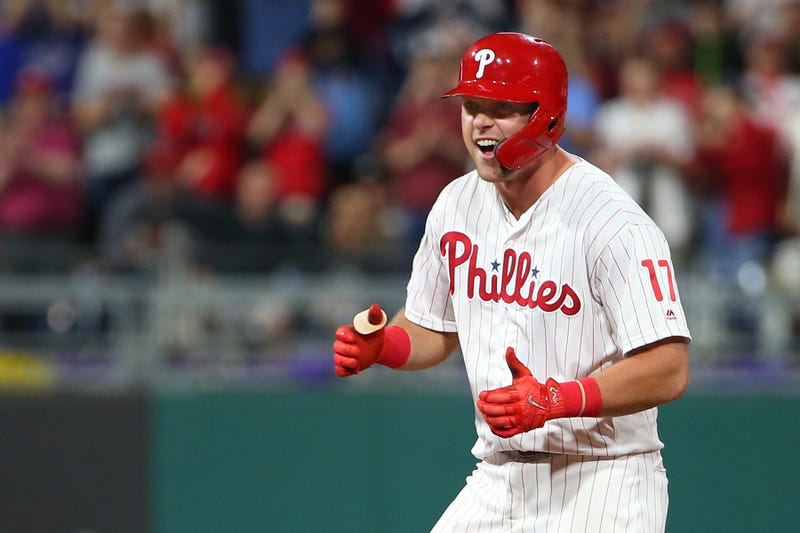 Rhys Hoskins is one of several players who could benefit from a universal DH rule. Photo credit Getty Images

Alec Bohm is just waiting at the opportunity to shine at the Major League level. As one of the Phillies' top offensive prospects in years, 2020 could be the season in which he's finally able to show off the big bat that's made waves throughout the minors. The problem is that his fielding, as well as Rhys Hoskins's and potentially Jean Segura's and Scott Kingery's, are sub-optimal at the corners of the infield where they may be forced to play. A DH would remove the need to prioritize good fielding over hitting should a player's ability in the field prove to be too much of a liability.

In that instance, which was presented by my coworker Tim Kelly, we can hypothetically place Bohm in the DH slot, keeping the field the way it is while adding some extra pop in the lineup. Should Bohm's defense prove to be usable at the MLB level, the DH could be used instead on someone like Rhys Hoskins, and Bohm could fill in at first, Segura at third, Kingery at second, and so on.

Outfield pieces would benefit as well, as the Phillies could ease Andrew McCutchen back from injury by slotting him in as the DH, or could utilize the power-hitting skills of Jay Bruce when he otherwise would be sitting on the bench. 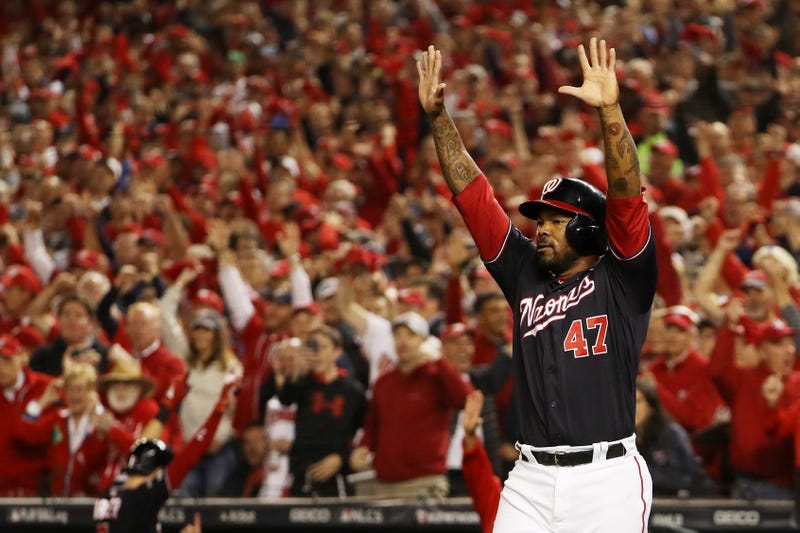 After a postseason like that, how are you not going to reward Howie Kendrick with some starting time? Sure, he'd get some starting time, but a universal DH addition to MLB would ensure that Kendrick's follow-up season in Washington ensured the usage that he deserves. He and Eric Thames are vying over the first base responsibilities in Washington, and it might be best if they switch on-and-off at DH.

If only one of them seems to fit in that night's lineup, so be it... there are plenty other options to use. Asdrubal Cabrera, Ryan Zimmerman and Yan Gomes are all veteran hitters that could slide into that role on any given night to provide some pop and leadership to the team looking to defend its World Series against a very talented field of competitors. Though Zimmerman didn't play great last year and dealt with a major foot injury, Jim Bowden of The Athletic still figures that the Nats would opt to use a "trio of veterans" at first, with him, Thames and Kendrick on a rotation.