All MLB free-agents became eligible to sign with new teams on Nov. 4. However, MLB free agency isn't the same sprint as NBA free agency is.

For better or worse, MLB free agency is a slow burn, as evidenced by the fact that Bryce Harper and Manny Machado, the top two available free agents last offseason, were both on the open market for over 100 days before ultimately agreeing to their long-term deals. Considering that Scott Boras represents each of the top three available free agents this winter, you get the sense that this offseason may move at a similar pace.

While Houston Astros RHP Gerrit Cole is the top overall free agent this offseason, Washington Nationals third baseman Anthony Rendon is a newly-minted World Series Champion that's reached free agency after his finest individual season. Here's a look at where he could ultimately sign this offseason: 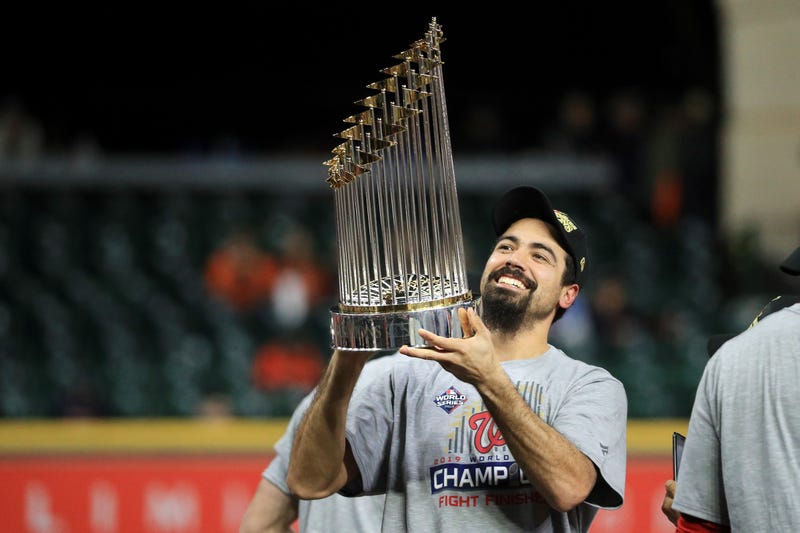 Evidence exists that the Nationals plan to mount a serious attempt to retain their 29-year-old superstar. Barry Svrluga of The Washington Post reported in September that the Nationals had made a seven-year offer to Rendon, with the total value of the deal between $210 and $215 million. RADIO.COM's Jon Heyman reported in early November that the Nationals don't feel that Rendon is as replaceable as they did with Bryce Harper an offseason ago, which makes sense since they don't employ a Juan Soto-type piece ready to take over at third base.

However, while the Nationals will certainly attempt to re-sign Rendon, it's fair to wonder if they'll be able to get a deal over the finish line. Seven years and $210-$215 million isn't anything to scoff at, but the deal included deferrals, per Heyman. It also is a smaller deal than the eight-year/$260 million extension Nolan Arenado signed with the Colorado Rockies in February of 2019, a deal he received without the benefit of testing the open market. 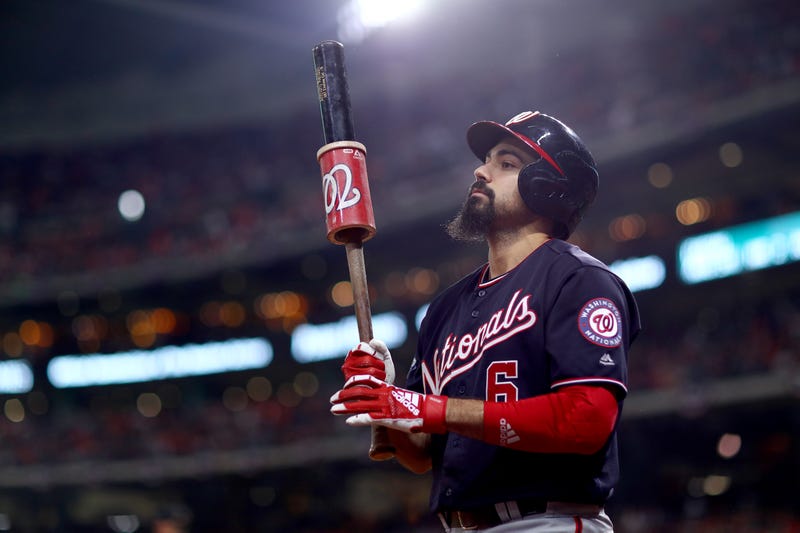 Rendon is from Richmond, Texas and went to Rice University, so if a return to the Nationals isn't ultimately in the cards, the Rangers could emerge as the No. 1 contender for his services.

In addition to making sense as a suitor for Rendon from a geographic sense, the Rangers will move into Globe Life Park in 2020. After three consecutive losing seasons - and the cross-state rival Houston Astros turning into the most dominant team in the sport - the Rangers figure to be aggressive on the free-agent market this offseason. Signing Rendon would create buzz heading into a new stadium, and also help the Rangers to attempt to level the playing field the with the aforementioned Houston Astros, Oakland Athletics and even the Los Angeles Angels, who are seen as a favorite to land RHP Gerrit Cole.

With just over $110 million in financial commitments for 2020 - and Shin-Soo Choo set to come off the books after next season - the Rangers are in a great position to make Rendon their next great third baseman. 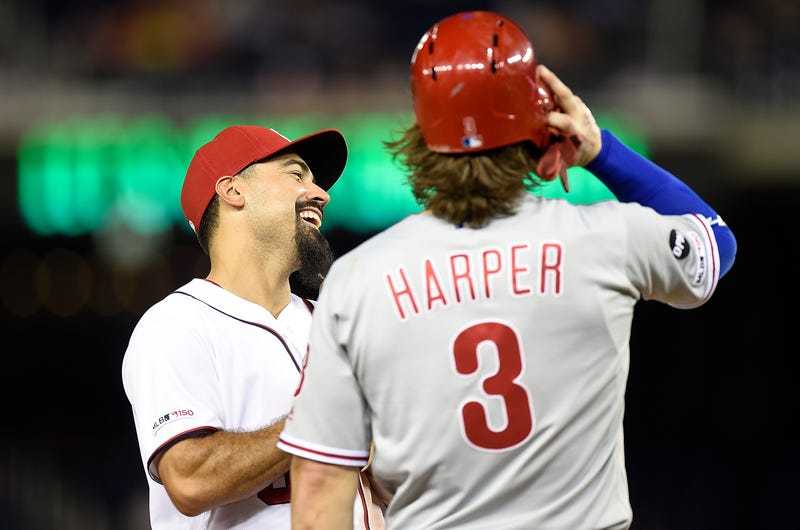 Will the Phillies attempt to steal a star from the Nationals for a second consecutive offseason? Photo credit (G Fiume/Getty Images)

Could the Phillies swipe a superstar away from the division-rival Washington Nationals for the second consecutive offseason? It's not impossible.

Despite a strong first season from Bryce Harper in red pinstripes, the Phillies went a disappointing 81-81 in 2019. Rhys Hoskins hit just .180 after the All-Star Break, a sign that the Phillies may be another middle-of-the-order bat away from being ready to be legitimate contenders.

That said, investing $250-$300 million in a position player may not be the best path to returning to the postseason for the Phillies. They do currently have a hole at third base, though their top prospect Alec Bohm is a third baseman and expected to make his major league debut at some point in 2020. And the Phillies are desperate for front-line pitching to pair with Aaron Nola, which leads you to think that if they sign anyone to a mega-deal this offseason, it would be Houston Astros RHP Gerrit Cole or Rendon's Nationals teammate, Stephen Strasburg.

However, there are indications that the Phillies may be longshots to land either Cole or Strasburg. If they ultimately settle for someone like New York Mets RHP Zack Wheeler as their top free-agent pitching signing, could motivated owner John Middleton be talked into making a push for Rendon? The Phillies haven't reached the postseason since 2011, so again, it's not impossible. 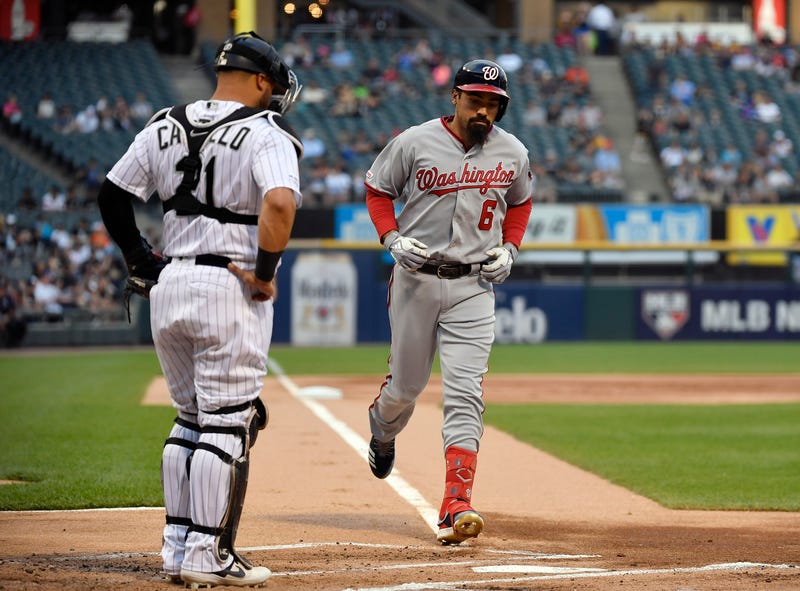 The White Sox may be the dark horse team to sign Rendon.

Last offseason, the White Sox were very much in on Manny Machado before he ultimately signed with the San Diego Padres. In fact, Ken Rosenthal of The Athletic reported at the time that the White Sox offered Machado an eight-year/$250 million deal that had vesting options that could have made the total value of the deal over $350 million.

Ultimately, their unwillingness to guarantee 10 (or even nine) years to Machado cost them a chance to land his services. But Machado reached free agency ahead of his age-26 season. Rendon, for as great of a 2019 as he had, will turn 30 next June. So he's probably looking at a deal slightly larger than the eight-year/$250 million deal the White Sox were willing to offer Machado last offseason. If they build on that for Rendon (particularly to the point of topping Arenado's deal), look out. 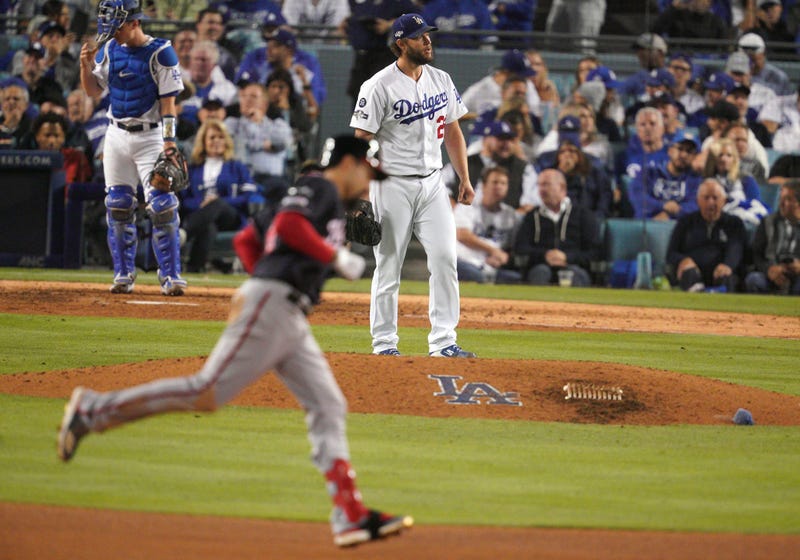 With a solo home run off of Clayton Kershaw to lead off the top of the eighth inning of Game 5 of the NLDS, Anthony Rendon helped the Nationals to erase a 3-1 Dodgers lead. The Nationals would go on to win that game 7-3 in 10 innings, eliminating a Dodgers team that won 106 regular season games.

If you haven't heard, the Dodgers - despite averaging 101 wins over the last three seasons and winning two National League pennants - still haven't won a World Series since 1988. While the Dodgers largely sat out the Bryce Haprer/Manny Machado sweepstakes last offseason, such a deflating postseason exit has led to speculation president Andrew Friedman may be aggressive this offseason.

The Dodgers could look to make a splash in variety of different ways. They could attempt to trade for Cleveland Indians shortstop Francisco Lindor, something MLB.com's Jon Mororsi says they are "expected to pursue." The Dodgers could also make a play for Los Angeles native and former UCLA star Gerrit Cole in free agency, hoping to add him to a starting rotation that already includes the aforementioned Kershaw and Walker Buehler. But signing Rendon - and signing him away from another National League powerhouse - would probably make the Dodgers the unquestioned World Series favorite heading into 2020.

Justin Turner told Andy McCullough of The Athletic in October that he wouldn't be opposed to changing positions if the Dodgers asked him to, which, of course, they would need to if they signed Rendon. Whether the Dodgers are ultimately willing to compete with the most motivated teams on the Rendon market - or can convince him to sign a shorter term deal, something McCullough says some think he may be open to - remains to be seen. But the Dodgers would be scary - or scarier than they already are - with the addition of Rendon.