As the Houston Astros’ young core that led them to a World Series title begins to reach arbitration, the franchise is faced with cutting payroll.

According to Ken Rosenthal of The Athletic, the odd man out could be 25-year-old shortstop Carlos Correa.

There is a possibility Correa could be traded this offseason, and he would surely garner plenty of interest. Here are some potential landing spots for the shortstop: 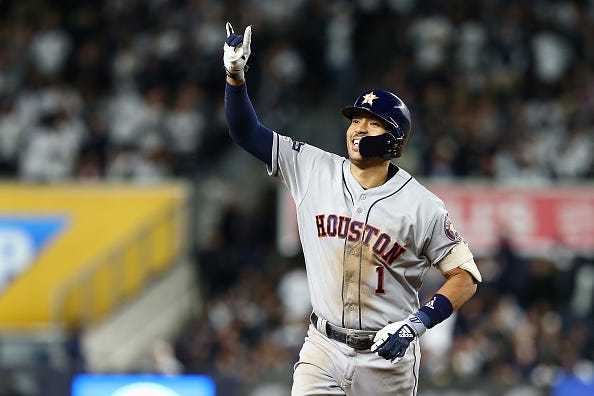 The Mets have a younger, talented shortstop in Amed Rosario, yet SNY’s Andy Martino reported that the team has engaged in dialogue with the Astros about Correa. Could the Mets be willing to include Rosario in a deal for Correa? Or perhaps they would move the infield around. Neither Correa nor Rosario have played third base in their career, so it would be a project if that was their ultimate plan. Unless the Mets have another corresponding move that would open up room for Correa. While the fit may seem unusual, they have reportedly inquired and are worth keeping an eye on with regard to Correa. 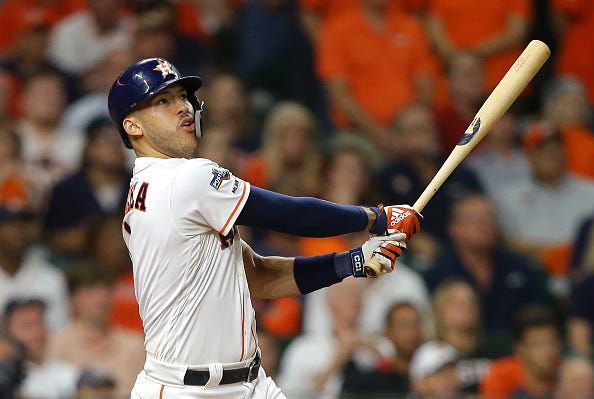 The Reds missed out on Didi Gregorius and still need a legitimate shortstop to round out an infield that currently consists of Joey Votto, Mike Moustakas and Eugenio Suarez. The Reds’ farm system isn’t the deepest, but they do have three prospects inside MLB Pipeline’s top 100. Outfielder Jesse Winker could also be a potential trade chip, as he offers controllable years for the Astros through 2024. Correa would give the Reds one of the best infields in all of baseball as they attempt to contend in the NL Central. 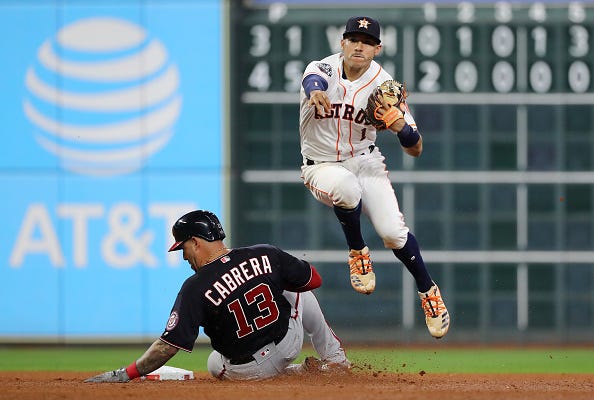 If the Braves cannot re-sign Josh Donaldson, they are going to need to makeup for his bat somehow. The Braves have been linked to Kris Bryant and there is also some wishful thinking that they could land Francisco Lindor in a trade, too. Correa could potentially be the more affordable option, though. Of course, any trade for a shortstop would mean Dansby Swanson. Either he or Correa would have to be used as a third baseman, or Swanson would have to be a part of the trade package. The Braves may not be willing to part with Swanson, who hits free agency a year later than Correa. 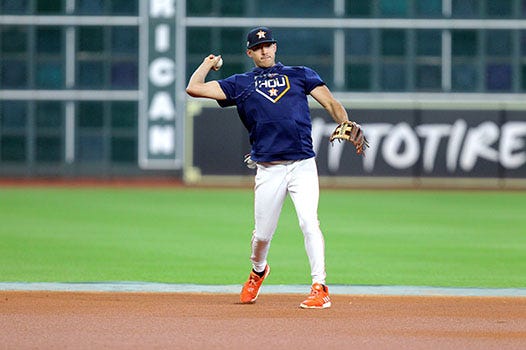 The Dodgers have reportedly expressed interest in Cleveland Indians shortstop Francisco Lindor, but if they can’t strike a deal for him, perhaps they move onto another All-Star shortstop in Correa. While money is hardly an obstacle for the Dodgers, Correa would likely be the cheaper option between the two, although there may be more questions surrounding Correa after he only played 75 games due to injuries. The Dodgers also have a handful of rising pitching prospects, such as Gavin Lux and Dustin May, that could pique the Astros’ interest. 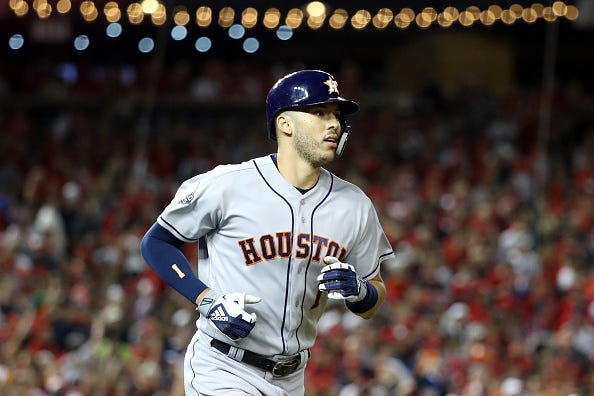 The Angels scored big in free agency with Anthony Rendon, but why stop there? GM Billy Eppler is out to be aggressive this winter, and after losing out on the Gerrit Cole sweepstakes another move is certainly in the arsenal, even with the signing of Rendon. While that may likely come in the form of a pitcher, they could use another bat to finally bolster the lineup around Mike Trout. Of course, it is difficult to see the Astros and Angels making a deal together, especially one with a player as special as Correa and would involve top prospects for the Angels. Still, there’s a fit here, but it likely would never happen.