For the first time since 2016, Madison Bumgarner topped the 200 innings mark in 2019. That should bode well for the long-time San Francisco Giants LHP as he reaches free agency for the first time in his career. His 3.83 ERA since the start of the 2017 season could complicate the free-agent stint of the four-time All-Star.

That said, Bumgarner posted a 2.93 ERA in 19 starts at Oracle Park in 2019, which graded out as the least hitter-friendly park in baseball this past season. Away from Oracle Park, Bumgarner had a 5.29 ERA in 15 starts. Thinking he’s going to move away from playing his home games at Oracle Park and perform better than the 3.90 ERA and 3.90 FIP he posted across 207.2 innings in 2019 doesn’t seem to be very logical.

So Bumgarner is a complicated free agent. Here’s a look at five potential suitors for Bumgarner, who MLB Trade Rumors projects will land a four-year/$72 million deal this offseason: 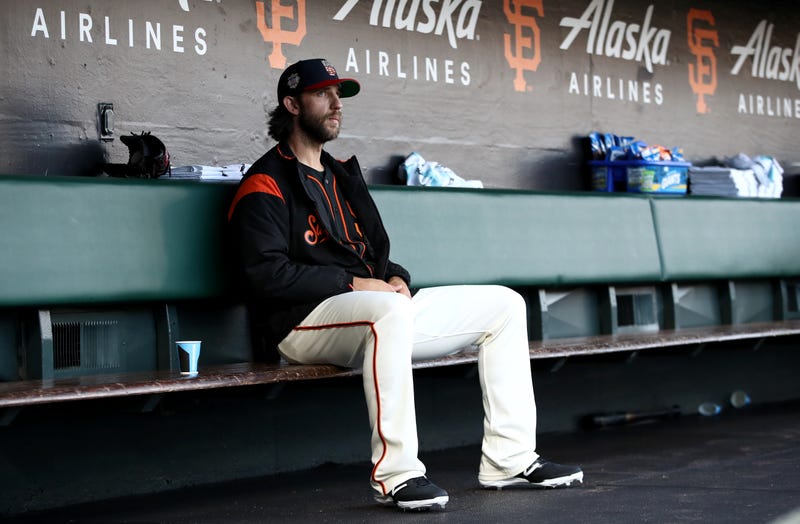 The Braves may ultimately be the most logical landing spot for Bumgarner.

At the outset of free agency, Alex Pavlovic of NBC Sports Bay Area reported that the Braves were making Bumgarner “a priority.” For a team that’s been eliminated in the NLDS in consecutive years - including in embarrassing fashion in Game 5 of the 2019 NLDS - adding a player with Bumgarner’s track record of postseason success seems to make sense.

Additionally, the Braves wouldn’t necessarily need Bumgarner to be an ace. Rookie Mike Soroka posted a 2.68 ERA in 174.2 innings in 2019. 2019 was largely a lost season for Mike Foltynewicz, but down the stretch, he did seem to recapture some of the form that made him an All-Star in 2018. Between Max Fried, Kyle Wright, Bryse Wilson, Ian Anderson and Kyle Muller, the Braves have a slew of young arms at or near the major league level to surround Bumgarner with.

If the fit wasn’t enough, Bumgarner is from North Carolina and grew up rooting for the Braves during an era where Greg Maddux, Tom Glavine and John Smoltz pitched them into the postseason every year. Him joining the Braves for the second act of his career would be something out of a storybook. 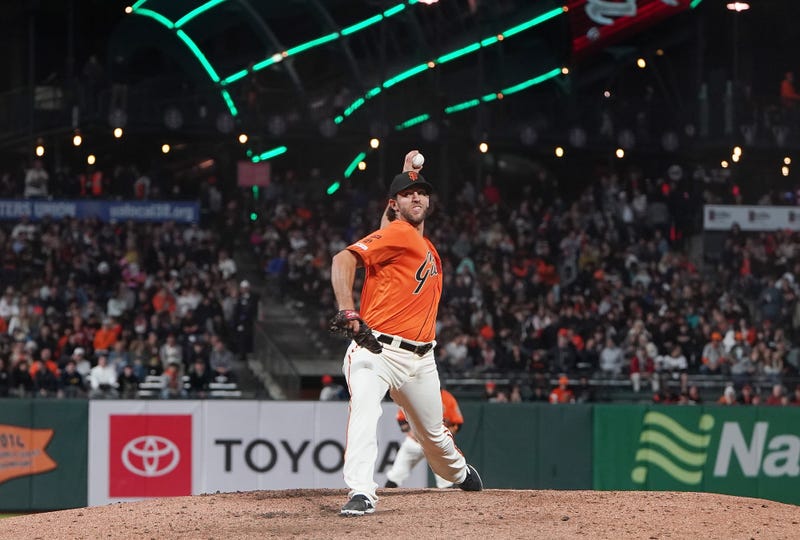 MLB Trade Rumors projects that the Twins will ultimately sign Bumgarner to a four-year/$72 million deal, which would involve them surrendering draft compensation because the Giants issued a qualifying offer to him. That said, if the Twins sign Bumgarner, they likely won’t retain Jake Odorizzi, meaning they’ll likely recoup draft compensation when he signs elsewhere, because he was issued a qualifying offer as well.

Bumgarner would be paired with Jose Berrios at the top of the Twins rotation that’s relatively thin on depth to surround a powerful lineup that led the team to 101 regular season wins in 2019.

With Bumgarner, the Twins would likely enter 2020 as the favorites in the American League Central, especially if the Cleveland Indians trade Francisco Lindor and/or Corey Kluber. 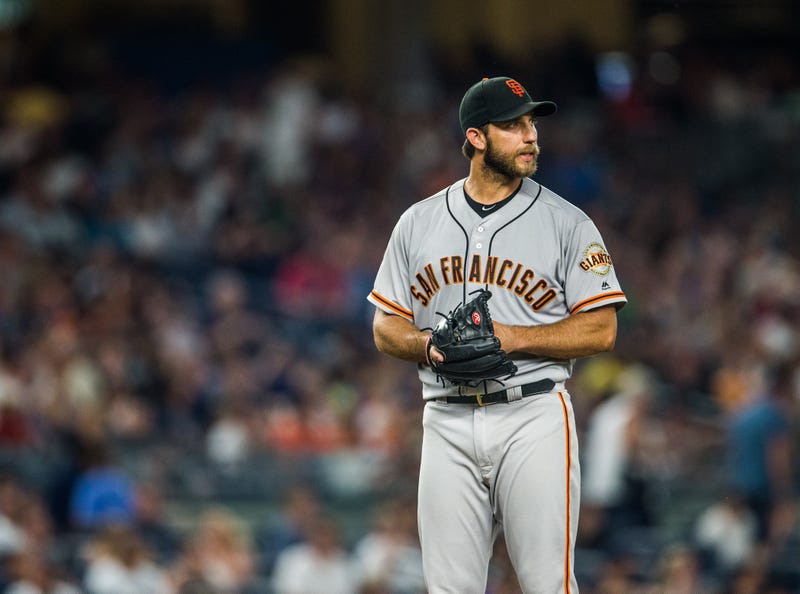 The Yankees could be a potential suitor for Madison Bumgarner. Photo credit (Rob Tringali/MLB via Getty Images)

While the Yankees will likely be in on the bigger arms on the free agent market first - Gerrit Cole, Stephen Strasburg and Zack Wheeler - Bumgarner could become a fall-back option if the Yankees are ultimately outbid for the aforementioned trio.

And frankly, it’s not difficult to imagine Bumgarner in pinstripes.

With a lineup led by Aaron Judge, Gleyber Torres and DJ LeMahieu, the Yankees have a lineup ready to win a World Series. They re-signed closer Aroldis Chapman to keep their bullpen intact. What they’re missing is the necessary starting pitching to compete with baseball’s heavyweights.

Some of that may take care of itself. Luis Severino will likely be healthier in 2020. Him and RHP Masahiro Tanaka give the Yankees two pretty strong options to start in a postseason series. LHP James Paxton and Domingo German (assuming he’s not suspended) are strong regular season options, but the Yankees appear to be another front-line option away from being able to defeat the Houston Astros, Washington Nationals or Los Angeles Dodgers in a playoff series.

Of course, signing Cole or Strasburg would give them another ace, and weaken another World Series competitor. But, if for whatever reason, the Yankees don’t land one of those two, Bumgarner seems to be the type of pitcher that could thrive in the Bronx. 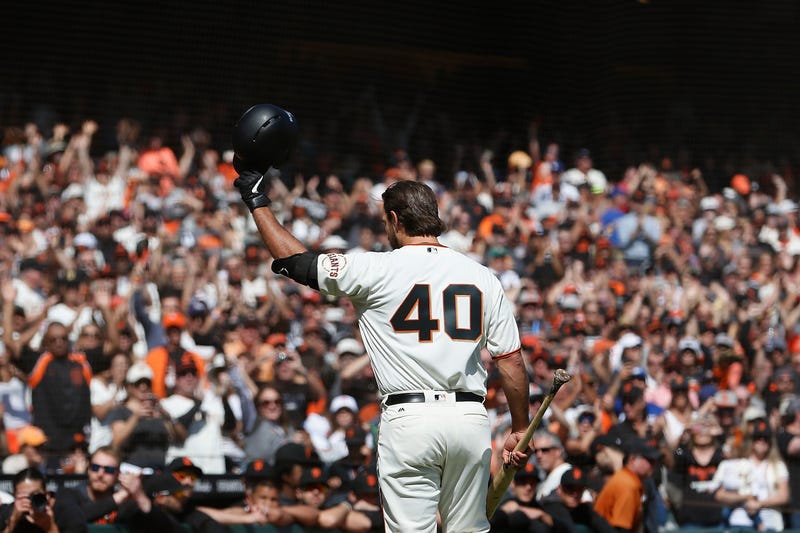 By not trading him before the July 31 trade deadline, the Giants at least kept the door open on the possibility of retaining Bumgarner. More likely is that beyond clinging onto what proved to be unrealistic playoff hopes, the Giants thought the draft compensation they’ll receive if Bumgarner signs elsewhere is as or more valuable than what they would have landed in a trade for him as a rental.

Indeed, Pavlovic reported that the belief in the Giants organization at the beginning of free agency is that “a fresh start is more likely than a reunion.” Guaranteeing at least four years to Bumgarner makes more sense for the other contenders on this list, who have a clearer path to the postseason in 2019 than the Giants do.

Nostalgia can cloud judgement, though, so it's not impossible the two sides ultimately choose to stay together. But for all parties involved, going in another direction seems to make the most sense at this time.

Bumgarner, though sometimes overshadowed by Tim Lincecum and Matt Cain, proved to have the most staying power of any arm during the most successful era in Giants history. He helped the team to win three World Series titles, including his iconic performance in the 2014 World Series. 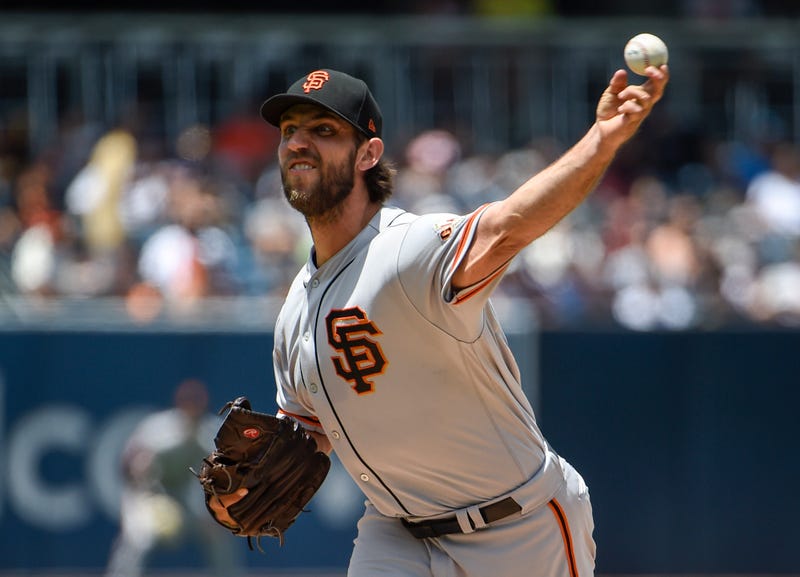 Here’s a glimpse into 2020 - the Padres are going to be a trendy playoff pick next spring. And frankly, it may not be a reach.

Manny Machado will almost certainly have a better second season in San Diego, and the Padres hope to get a full year out of shortstop Fernando Tatis Jr., who hit .317 with 22 home runs in just 84 games. They also have one of the game’s elite closers in Kirby Yates at the back-end of their bullpen.

RHP Chris Paddack was electric at times during his rookie season, posting a 3.33 ERA in 26 starts in 2019. He’s an exciting piece to have at the top of a rotation, one that won’t be on any innings limit in 2020. But the Padres need at least one more arm to pair with Paddack.

That arm could ultimately prove to be 2019 World Series MVP Stephen Strasburg, who is from San Diego and played his college ball at San Diego State. But if Strasburg re-signs with the Washington Nationals, Bumgarner could be an intriguing fall-back option for a team that needs to stack pitching to be able to compete with the Los Angeles Dodgers.

In addition to Paddack, the Padres possess the top-rated farm system in baseball. If they add Bumgarner to Paddack and find success with that in the first half of 2019, they could dip into some of their secondary pieces to further build onto the rotation next summer.