Two seasons ago, the Boston Red Sox won a franchise record 108 regular season games and the World Series. Mookie Betts, who won the American League MVP that season, was the team's best player. Alex Cora was the manager. Dave Dombrowski was the president of baseball operations.

None of that trio is still employed by the Red Sox as the 2020 season looms.

The Red Sox, apparently out of fear they would lose him in free agency after the 2020 season, traded Betts to the Los Angeles Dodgers earlier this month. Due to his involvement in the Houston Astros' sign-stealing scandal, the Red Sox fired Alex Cora in January and named Ron Roenicke the interim manager. The Red Sox fired Dombrowski last September, less than a year removed from the team he helped construct turning arguably the greatest season in franchise history.

So now what? As the 2020 season looms, here's a look at one burning question facing the Red Sox and their four American League East rivals: 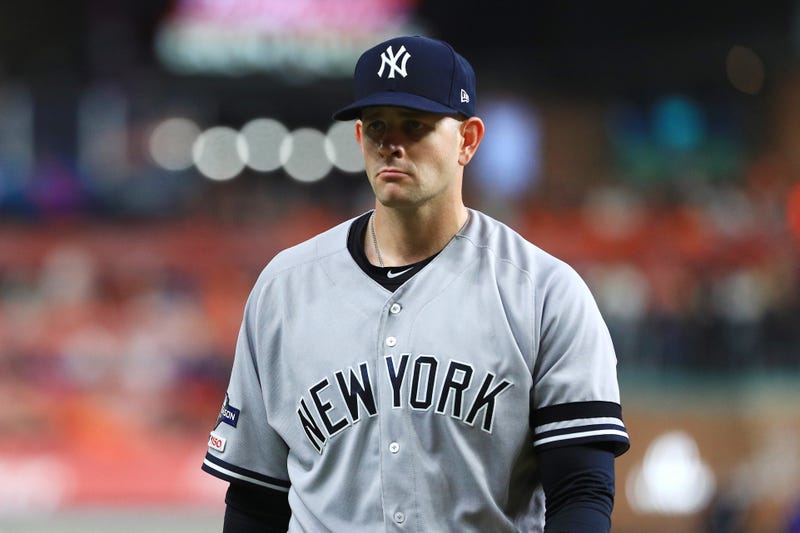 Can the Yankees’ Pitching Stay Healthy?

In our first 2020 RADIO.COM MLB Power Rankings, the Yankees checked in at No. 1. One of the only things that could prevent them from making a deep playoff run is probably health.

We already know that Aaron Boone's squad will begin the 2020 season without lefty James Paxton, who underwent surgery in early February to remove a herniated disk. The initial estimate at the time of the injury was that Paxton - who went 10-2 with a 3.63 ERA after the All-Star Break a season ago - would miss three to four months.

Meanwhile, the Yankees are expecting to get a full season from Luis Severino, who was limited to just three starts a season ago because of injuries to his rotator cuff and latissimus dorsi. Prior to the 2019 season, the Yankees rewarded Severino with a four-year/$40 million deal after he went 19-8 with a 3.39 ERA, 2.95 FIP and 5.4 fWAR across 191.1 innings.

At this juncture, it feels safe to bet on Masahiro Tanaka being available for the full season, though the partial UCL tear he suffered all the way back in 2014 will always loom over his starts.

Truth be told, it's hard to find any major concerns with the Yankees' roster. Gerrit Cole will headline what should be one of the sport's best rotations. Heck, even a year ago when the Yankees dealt with a slew of injuries, they still won 103 games. If anything, they're probably due for better luck on the injury front in 2020. 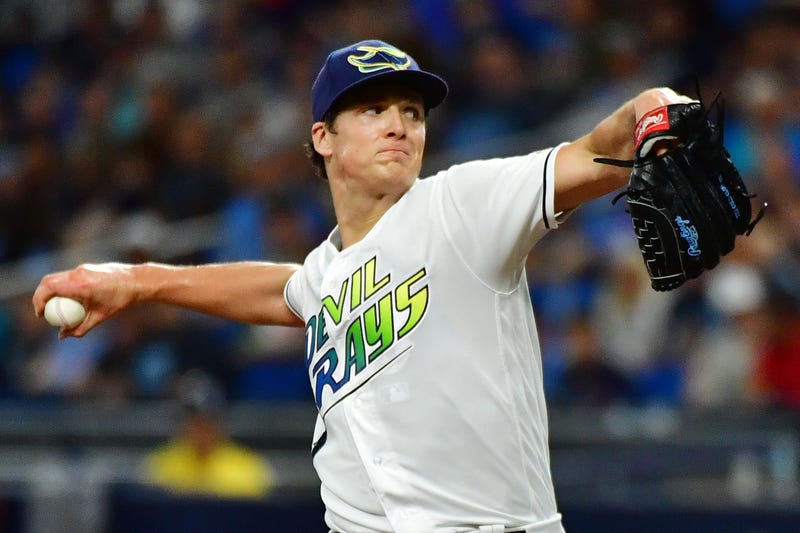 For the Tampa Bay Rays, Well, the Same Question…

The Rays checked in at No. 3 in our RADIO.COM Sports MLB Power Rankings earlier this week, meaning that by definition, they are a World Series contender.

The problem? They play in the same division as the Yankees. If they want to win the American League East - and avoid having the play in the Wild Card Game - they'll need their starting rotation to stay healthier than it did a season ago.

Blake Snell, a year after winning the American League Cy Young Award, was limited to just 23 starts in 2019 after having arthriscopic surgery on his pitching elbow. Two seasons ago, the 27-year-old was dominant, posting a 21-5 record with a 1.89 ERA in 180.2 innings.

Tyler Glasnow has Cy Young potential, as evidenced by the 1.78 ERA he posted in 2019. Unfortunately for Glasnow and the Rays, his dominance in 2019 came in a small sample size, as a forearm strain limited him to just 12 starts.

Ironically, Charlie Morton was the workhorse of the Rays' rotation in 2019. The first half of Morton's career was overshadowed by a slew of injuries. However, he's had a pretty incredible career arc that's featured him becoming one of the sport's best starters in his mid-30s. 2019 was his age-35 season, and by far the best of his career, as he went 16-6 with a 3.05 ERA, 2.81 FIP and 6.1 fWAR in 194.2 innings. Morton finished third in American League Cy Young Award voting in 2019, and the Rays need him and their rotation as a whole to stay healthy if they hope to overcome playing in the American League East and win the first World Series title in team history. 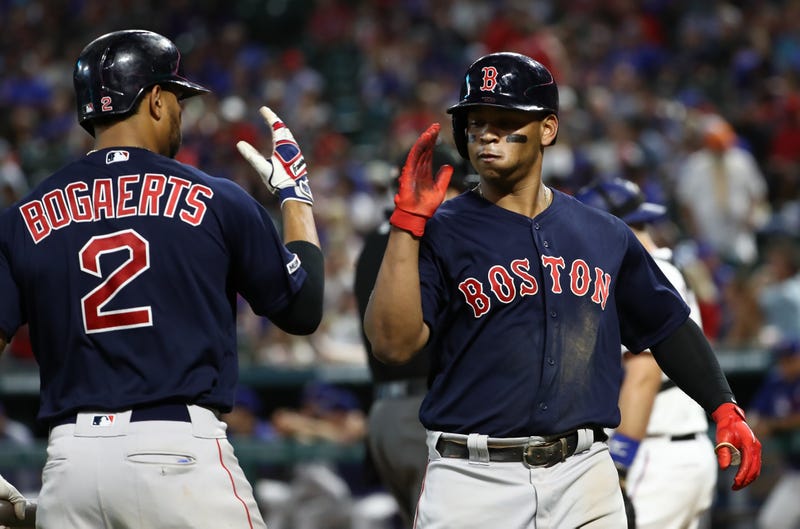 The Red Sox' best path to returning to the postseason after a disappointing 2019 was to outslug teams.

...and then they traded Mookie Betts away.

Make no mistake, the Red Sox should still have a really good lineup. Rafael Devers might be the most underrated star in baseball, and he's joined by Xander Bogaerts, Andrew Benintendi, J.D. Martinez and now, Alex Verdugo in a deep lineup.

Still, the Red Sox won just 84 games a season ago, and it's hard to trade arguably the second best player in the sport and feel like you're going to make enough of an improvement to make the playoffs when you play in the most top-heavy division in baseball.

The Red Sox desperately need a bounce back season from seven-time All-Star Chris Sale. In year one of a five-year/$145 million deal, Sale went just 6-11 with a 4.40 ERA. If there's any silver lining, it's that Sale is only 30 and some of his peripherals suggest he wasn't as bad as some of his back of the baseball card statistics suggested he was in 2019. Still, after three consecutive 200+ inning seasons, Sale has pitched just 305.1 total innings over the past two seasons, leaving you with some concern about how he's going to age.

Unlike the Yankees or the Rays, the Red Sox don't have multiple other front-line starters to lean on if Sale doesn't bounce back. Eduardo Rodriguez posted a 3.81 ERA across 203.1 innings in 2019, but there's next to no certainty in the rotation outside of him. Both Nathan Eovaldi and Martin Perez posted ERAs north of five in 2019.

If the Red Sox were in the National League, perhaps their offense would be enough to propel them to at least a Wild Card spot. They aren't, though, and it's hard to see a path to the postseason for the Red Sox in 2020. 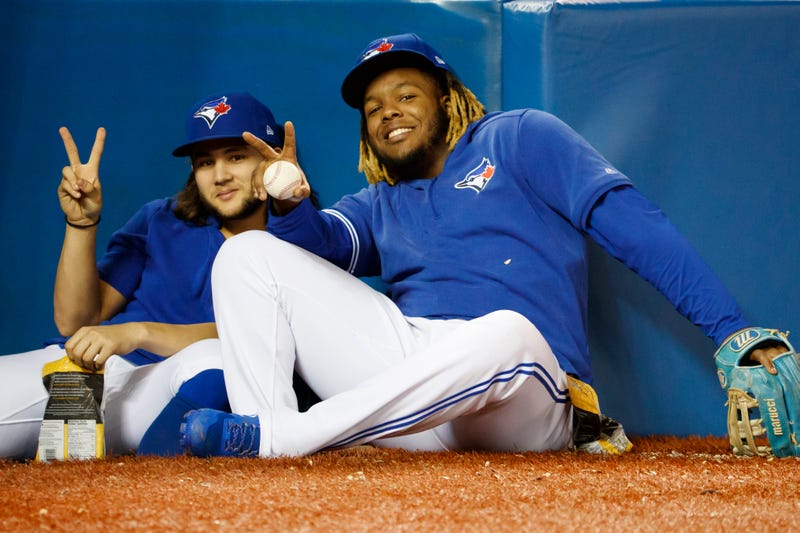 How Much of a Step Forward Can the Blue Jays Take?

The Blue Jays are probably going to see a noticeable jump in wins in 2020 after winning just 67 games a year ago. The question is how much improvement will the Jays show year over year.

In Toronto, there's a budding young core of offensive talent that makes you think the Blue Jays could compete for the American League East - or at least a Wild Card spot - within a few years. Vladimir Guerrero Jr., Bo Bichette and Cavan Biggio are all entering their first full seasons at the major league level. Lourdes Gurriel, who has played 149 games at the major league level over the past two seasons, may as well be.

The Blue Jays don't yet have the type of starting rotation to compete at the top of the division yet, but there's no denying they improved their rotation this offseason by adding Hyun-jin Ryu and Tanner Roark in free agency. Ryu finished second in National League Cy Young Award voting last season with the Los Angeles Dodgers. Roark has been one of the most consistent innings eaters in baseball over the last five years. Top prospect Nate Pearson - who Eric Longenhagen of FanGraphs says is the No. 8 prospect in all of baseball - is expected to make his major-league debut in 2020.

It will probably be another season or two before the Blue Jays are ready to contend for the postseason, but it stands to reason that they could push towards .500 in 2020, which would be quite the jump from where they were a season ago. 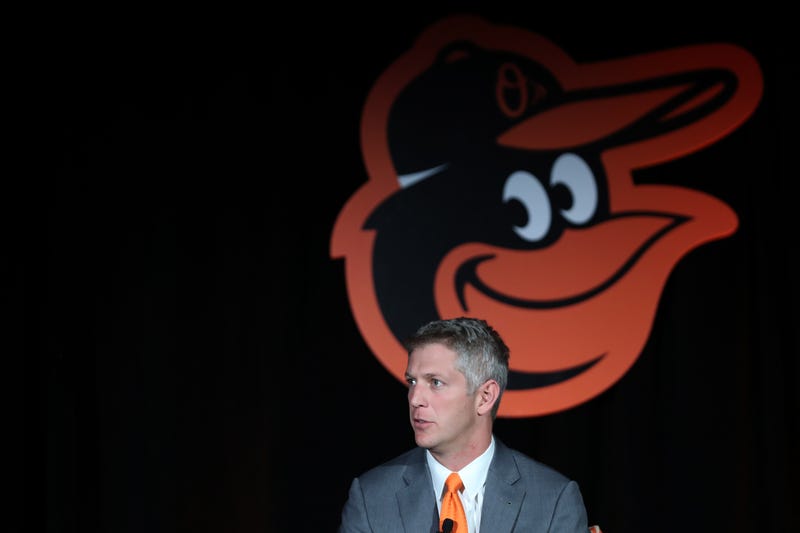 What Can the Orioles Accomplish in 2020?

The Orioles are going to be bad in 2020. They'll probably compete with the Detroit Tigers for the worst record in the sport, but that's by design.

Orioles' general manager Mike Elias comes from the Houston Astros' front office, where the team lost over 100 games every year from 2011-2013, and used the high draft picks obtained by their lack of major league success to build their current roster. The Orioles - who have lost over 100 games in each of the past two seasons - are hoping to emulate that plan.

In the meantime, though, they still have to play out what's likely to be another long season. So what's there to look forward to?

Right fielder Trey Mancini slashed .291/.364/.535 with 35 home runs and 97 RBIs last season. The 27-year-old can't become a free agent until after the 2022 season. The Orioles may choose to hold onto him through a lean time as a small light of hope for their fanbase, but if he produces at the level he did a season ago, he could become an interesting trade candidate.

In the starting rotation, John Means posted a 3.60 ERA in 31 games (27 starts) a season ago. There's some hope that Alex Cobb, a year after being limited to just three starts, can rediscover the form that caused the Orioles to sign him to a four-year/$57 million deal before the 2018 season.

The reality is that the current Orioles' roster is engineered for there to be little to be excited about. Check back in five years - give or take - to see if a prolonged stretch of losing was worth the payoff.