The National League East has a chance to be baseball's most competitive division in 2020.

The division is home to the Atlanta Braves, who won 96 games and their second consecutive National League East title a season ago. However, it's easy to forget that because the Washington Nationals won the National League Wild Card Game and eventually their first World Series title last October. For as much as it seems like something always goes wrong for the New York Mets, they won 86 games a season ago, behind Jacob deGrom and Pete Alonso's award-winning seasons. And over the course of the last two calendar years, the Philadelphia Phillies have added Bryce Harper, J.T. Realmuto, Andrew McCutchen, Zack Wheeler, Didi Gregorius and Jean Segura. Certainly, the didn't make those types of moves expecting to consistently go 81-81 and finish in fourth place in their own division as they did a season ago.

With four legitimate playoff contenders - and an improved Miami Marlins' roster - the National League East projects to be quite fun to watch this upcoming season. As pitchers and catchers report to Spring Training for each of the five teams this week, here's a look at one burning question facing each team in the division in 2020: 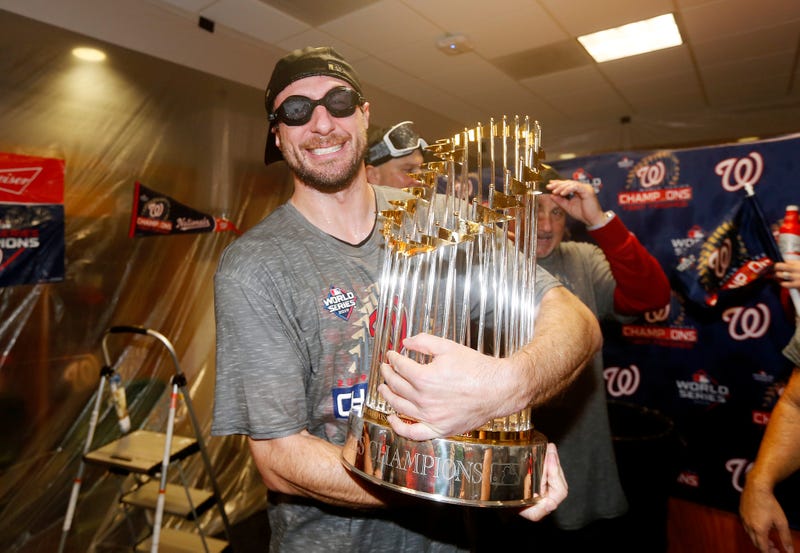 Can the Nationals Avoid a World Series Hangover?

You probably need two hands to count the amount of times that it felt like the Nationals were left for dead in 2019. And yet, the season ended with them winning their first World Series title.

So by no means is this meant to say that the Nationals won't return to the postseason in 2020. However, there are some signs that lead you to think they could take a step back this season.

First of all, Anthony Rendon departed in free agency for the Los Angeles Angels. Rendon was the Nationals' best overall player last season, slashing .319/.412/.598 with 34 home runs, 126 RBIs and a 7.0 fWAR. Top prospect Carter Kieboom will be tasked with attempting to replace Rendon. Without Rendon's presence in the lineup, it's fair to wonder if teams will pitch around Juan Soto.

The Nationals were able to re-sign World Series MVP Stephen Strasburg, but it's fair to be skeptical if he'll be able to stay as healthy as he did in 2019. When you factor in the postseason, Strasburg pitched 245.1 innings last season. Prior to 2019, he hadn't pitched more than 175.1 innings since 2014. When the 31-year-old is on the mound, he's going to pitch like one of the best arms in the game. If history is any indication, though, he's going to struggle to stay as healthy as he did in 2019.

As three-time Cy Young Award winner Max Scherzer enters his age-35 season, it will be interesting to monitor his health. The seven-time All-Star was placed on the injured list twice in the second half of the 2019 regular season with a back injury. Though he would ultimately return for Game 7 of the World Series, Scherzer was scratched from his scheduled start in Game 5 of the World Series because of trap spasms. Perhaps he'll have a completely healthy 2020 season, but pitchers don't normally become healthier as they reach their mid-30s.

After winning 93 games a year ago, the Nationals feel closer to a team that's going to win 85-88 games in 2019. That may be enough to allow them to return to the postseason, but it's entirely possible they just miss out on playing in October. 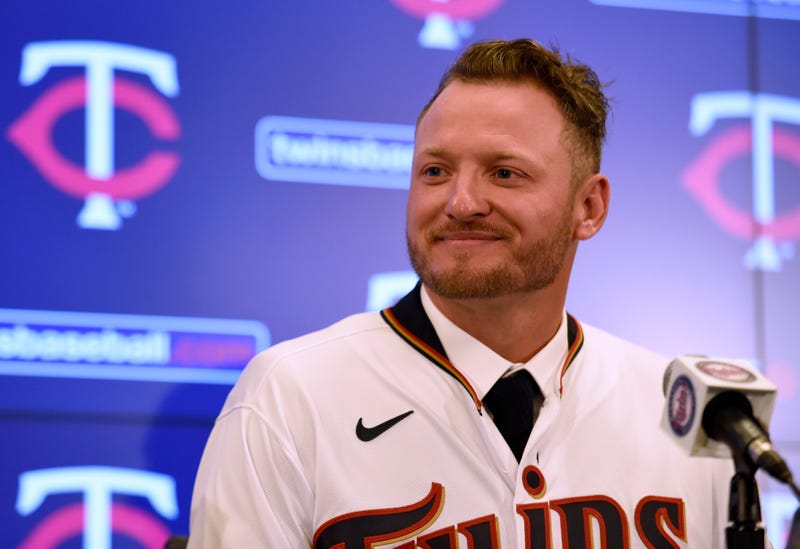 How Much Will Loss of Josh Donaldson Hurt Braves?

The Braves, of course, would have liked to retain Josh Donaldson after he slashed .259/.379/.521 with 37 home runs and 94 RBIs in 2019. However, even after he exited to sign a four-year/$92 million deal with the Minnesota Twins, the Braves still feel like a World Series contender in 2020.

Losing Donaldson hurts, but the Braves pivoted and signed Marcell Ozuna to a one-year/$18 million deal, adding him into a lineup that still includes Ronald Acuna Jr., Freddie Freeman and Ozzie Albies. Braves' outfielding prospects Christian Pache and Drew Waters are among MLB Pipeline's top 30 prospects in all of baseball. Both could reach the major league level in 2020 and/or be used in a major July trade to bolster the team's lineup.

What's more, the Braves have really improved their pitching over the course of the last year.

The Braves re-signed Chris Martin this offseason and landed lefty Will Smith, arguably the top reliever available on the free-agent market. Those two - in addition to Mark Melancon, Luke Jackson and Shane Greene - should allow the Braves to have one of baseball's best bullpens in 2020.

It's unlikely that the Braves will have the same frontline quality in terms of starting pitching that the Nationals and Mets are expected to have, but they have plenty of quantity.

Mike Soroka posted a 2.68 ERA and a 4.0 fWAR in 2019, his rookie season. The Braves will hope for a bounce-back season from Mike Foltynewicz, who was an All-Star in 2018. They signed former World Series MVP Cole Hamels to a one-year/$18 million deal this offseason. Max Fried, Sean Newcomb, Kyle Wright and Bryse Wilson are among the young arms that the Braves will have at their disposal at the major league level to open the season. Top prospects Ian Anderson and Kyle Muller could make their major league debuts this season as well.

So yes, the Braves lost Donaldson in free agency. However, with improvements to other areas of the team - and more potential reinforcements on the way - the guess here is the Braves will win between 95 and 100 games in 2020. 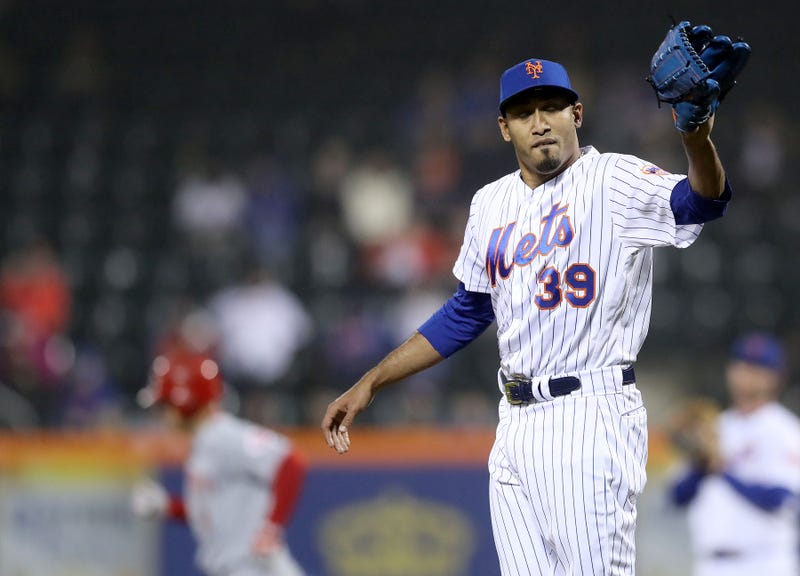 The Mets’ Bullpen Is Going to Be a Lot Better, Right?

For as much as it felt like the Mets' 2019 season bordered on disaster at times, they still won 86 games. Jacob deGrom won his second consecutive National League Cy Young Award. Pete Alonso slugged 53 home runs and won the National League Rookie of the Year Award.

Even if the Mets were frustrated enough to dismiss Mickey Callaway after the 2019 season, there was a lot to like about what the team showed last season.

Of course, new manager Luis Rojas will inherit a bullpen that was a disaster for much of the 2019 season, something that will need to change if the Mets hope to reach the postseason in 2020.

Fortunately, it's hard to imagine Edwin Diaz being worse than he was in his first season in New York, when he posted a 5.59 ERA and blew seven saves. Remember, the 25-year-old is just two years removed from leading the league with 57 saves and posting a 1.96 ERA for the Seattle Mariners.

Year two of Jeurys Familia's second stint with the Mets will probably be better than year one was. After landing a three-year/$30 million free-agent deal with the Mets last offseason, Familia posted a 5.70 ERA and 4.88 FIP across 66 games in 2019.

The Mets aren't solely banking on what they had in 2019 bouncing back, though. General manager Brodie Van Wagenen also signed former Yankee Dellin Betances to a one-year/$10 million deal after the four-time All-Star was limited to just one appearance in 2019. If healthy, the 31-year-old could prove to be one of the best additions of the offseason. Between 2014 and 2018 FanGraphs says that Aroldis Chapman was the only reliever in baseball that was more valuable than Betances.

If the Mets can get a bounce back from two of the three aforementioned relievers, they could have a really good bullpen when you add in Seth Lugo. Considering the Mets won 86 games a season ago with a bad bullpen, it stands to reason that a strong bullpen performance in 2020 could make them a playoff team. 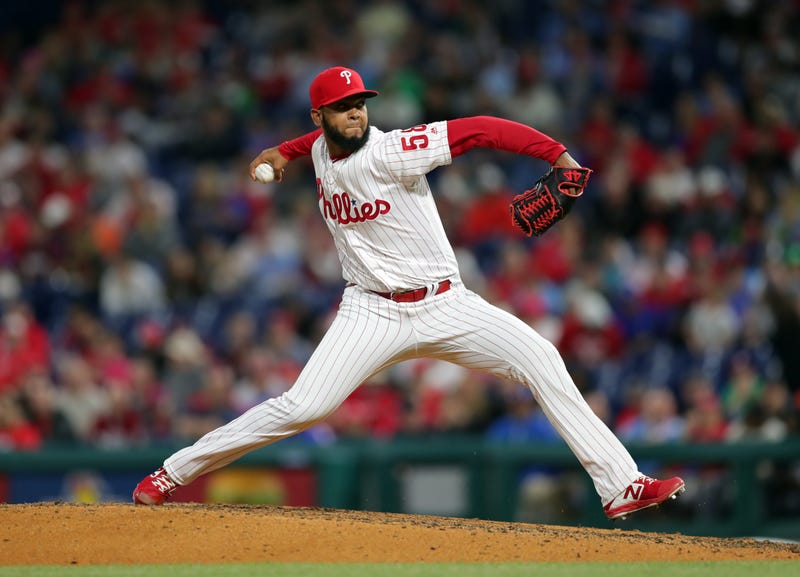 Do the Phillies Have Enough Pitching?

With a lineup that's set to include Bryce Harper, J.T. Realmuto, Andrew McCutchen, Rhys Hoskins, Didi Gregorius and Jean Segura, the Phillies are going to hit in 2020.

Whether they prove to have the pitching depth to return to the playoffs for the first time since 2011 remains to be seen.

There's a lot to like about a one-two punch of Aaron Nola and Zack Wheeler at the top of the Phillies rotation, especially if Nola pitches closer to the level he did in 2018. There's little certainty after those two, though.

Jake Arrieta is due $20 million in the final guaranteed year of a free-agent deal, but the 33-year-old has struggled to stay healthy in his first two seasons in red pinstripes. Some combination of Zach Eflin, Nick Pivetta and Vince Velasquez will make up the final two spots. Each of those three had to be removed from the starting rotation at least once in 2019 because they were struggling so much. Top pitching prospect Spencer Howard is expected to make his major league debut at some point in 2020, but he's going to be on an inning limit in all likelihood.

The Phillies' bullpen is also full of questions marks a year after being crippled by injuries. After a UCL injury cost him much of 2019, the Phillies say that the potentially electric Seranthony Dominguez is healthy coming into his third major league season. If healthy, the 25-year-old will be tasked in leading a bullpen that doesn't have much in the way of certainty outside of Hector Neris and Jose Alvarez.

In January, while acknowledging how deep the division is, Phillies general manager Matt Klentak said that he believes the team is capable of winning the National League East in 2020. For that to happen, the Phillies will need to hit on a lot of the gambles they have made in terms of pitching, something that didn't happen a year ago. 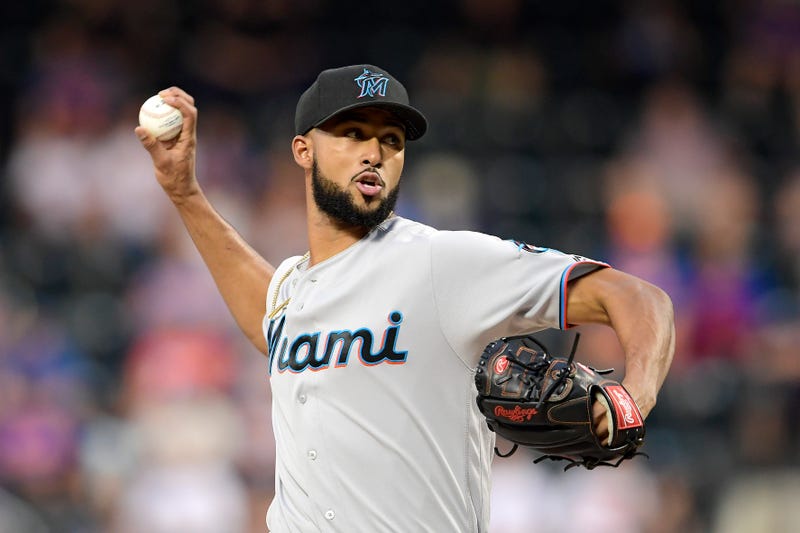 Just How Much Can the Marlins Improve in 2020?

There's no suggestion here that the Marlins are going to compete for the National League East in 2020, or even that they won't finish in last place in the division. However, it feels entirely possible they take some baby steps forward this season.

This offseason, the Marlins picked up both Jesus Aguilar and Jonathan Villar after they were non-tendered. Aguilar struggled in a 2019 season that he split with the Milwaukee Brewers and Tampa Bay Rays, but just two seasons ago he homered 35 times, drove in 108 runs and was an All-Star. Picking up Aguilar and Villar presented no real risk to the Marlins, and could net them a return before the July 31 if either bounces back.

The Fish also inked veteran outfielder Corey Dickerson to an affordable two-year/$17.5 million deal this winter as well. Dickerson, 30, dealt with injuries in 2019, but did hit .304 with 12 home runs, 59 RBIs and a .565 OPS in 260 at-bats between the Pittsburgh Pirates and Philadelphia Phillies. Dickerson was an All-Star with the Tampa Bay Rays in 2017, and won a Gold Glove Award in 2018 while playing for the Pirates. He's the type of piece that will improve the Marlins' lineup, and become an intriguing trade possibility for contenders this (and potentially next) summer.

Perhaps the most encouraging thing for the Marlins is that No. 1 overall prospect Sixto Sanchez could make his major league debut in 2020. Sanchez, acquired from the Phillies in last February's J.T. Realmuto trade, went 8-6 with a 2.76 ERA in 20 starts across two levels a year ago. He and Sandy Alcantara - who pitched nearly 200 innings a season ago - could become stalwarts in Don Mattingly's rotation for years to come.

Again, no one's saying that the Marlins are going to win 100 games in 2020. But will the Marlins improve on the 57-105 record they posted a year ago? Almost certainly.