After MLB confirmed that they intend to move forward with a 60-game schedule for the 2020 season, the defending World Series Champion Washington Nationals tweeted out a GIF of Juan Soto holding up the Commissioner's Trophy with the caption "Come and get it."

It's funny, the Nationals were famously 27-33 after 60 games a season ago, good for fourth place in the National League East. Under this year's rules, the eventual World Series Champions wouldn't have sniffed the playoffs. However, the 2020 Nationals may actually be set up as well as any team to benefit from a shortened schedule.

Reigning World Series MVP Stephen Strasburg pitched 245.1 innings in 2019 when you count the postseason. The oft-injured righty pitched just 130.0 innings the prior season. By the time the 2020 season begins, it will have been nearly nine months since he pitched in a major league game, and even if the Nationals return to the World Series, his workload will be greatly reduced from what it was a season ago.

Three-time Cy Young Award winner Max Scherzer also stands to benefit from a shortened season. The soon-to-be 36-year-old was still elite when he took the mound in 2019, but he did have two injured list stints after the All-Star Break and had to be scratched from a scheduled start in Game 5 of the World Series. Certainly, he would seem to be someone that will appreciate a lighter lift in 2020.

For the Nationals to repeat, not only will their bullpen have to be better than it was a season ago, but the team will have to make up at least some portion of World Series hero Anthony Rendon's production, as the third baseman left in free agency to join the Los Angeles Angels.

Still, the 2020 Nationals probably have a better chance to return to the postseason (and maybe more) over a 60-game campaign than they would have over a normal 162-game slate.

Here's a look at where the Nationals and the 29 other teams fit into the landscape of baseball in the latest RADIO.COM Sports MLB Power Rankings: 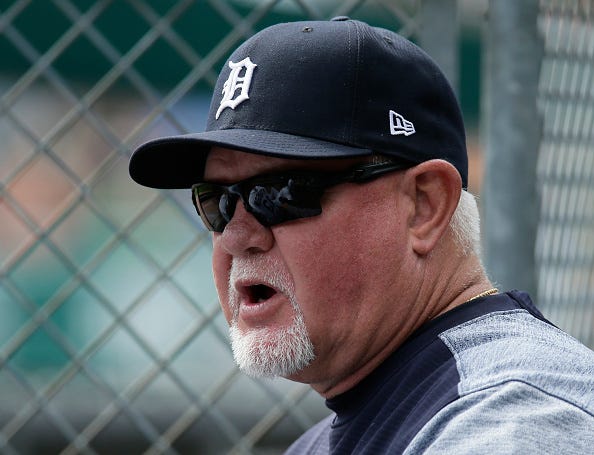 Perhaps a Shortened Season Isn’t a Bad Thing for Everyone

A season ago, the Detroit Tigers, Baltimore Orioles, Kansas City Royals, Pittsburgh Pirates and Seattle Mariners combined to go 297-512. If each of these teams is able to obtain another high draft pick by struggling in 2020, but doesn't have to put their fans through a brutal 162 games, well, there are worse fates. 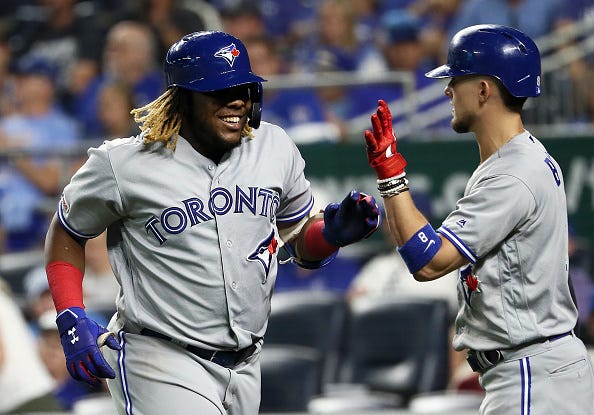 Blue Jays' Young Bats Will Have to Come of Age Quickly

It's true, anything could happen over a 60-game season. That doesn't necessarily mean that it will, though. While the Blue Jays absolutely improved their starting rotation over the winter by signing Hyun-jin Ryu and Tanner Roark, they'll still need to lean on their slew of young bats - Vladimir Guerrero Jr., Cavan Biggio, Bo Bichette and others - if they hope to sneak into the postseason. 40 of their games will be against the rest of the teams in the American League East. The Orioles are one of the worst teams in baseball, but the New York Yankees, Tampa Bay Rays and Boston Red Sox all arguably have better rosters than Toronto. The team's other 20 games will come against teams in the National League East, perhaps the deepest division in the sport. The Blue Jays have a bright future, but they're likely a year or two away. 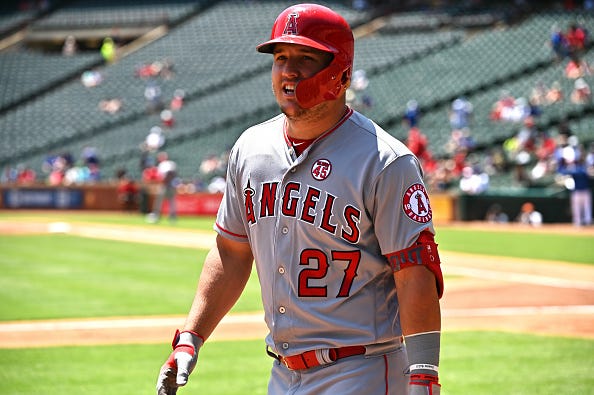 Is This the Year for Mike Trout?

When it appeared that there may be an expanded postseason in 2020, some thought that may usher in a chance for Mike Trout and the Los Angeles Angels to return to the postseason for the first time since 2014. Ultimately, MLB will stick with five postseason teams per league in 2020, which kills that narrative to some degree. With Trout, Anthony Rendon, Shohei Ohtani, Andrelton Simmons and Justin Upton, the Angels have a lineup that's postseason caliber. Unfortunately for Trout and company, they still appear to be a ways away from having the pitching to match that lineup. 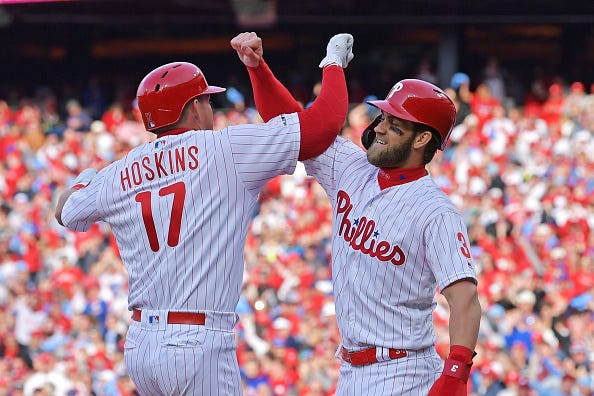 Rhys Hoskins and Bryce Harper will hit in the middle of the Phillies lineup. Photo credit (Drew Hallowell/Getty Images)

Phillies Will Need Bats to Carry Them Through Difficult Schedule

The Phillies did add Zack Wheeler to their rotation this offseason, pairing him at the top of the starting rotation with Aaron Nola. In a shortened season, top overall prospect Spencer Howard could also join the starting rotation in 2020. Still, if the Phillies are going to snap an eight-year postseason drought this season, it's going to be because Joe Girardi's lineup powered them there. With Bryce Harper, J.T. Realmuto, Didi Gregorius, Andrew McCutchen, Jean Segura, Rhys Hoskins and top position prospect Alec Bohm all likely in the fold, the Phillies have a lineup that theoretically should be one of the best in the National League. Whether they have enough pitching - specifically in the bullpen - to carry them through playing in an extremely deep division remains to be seen. 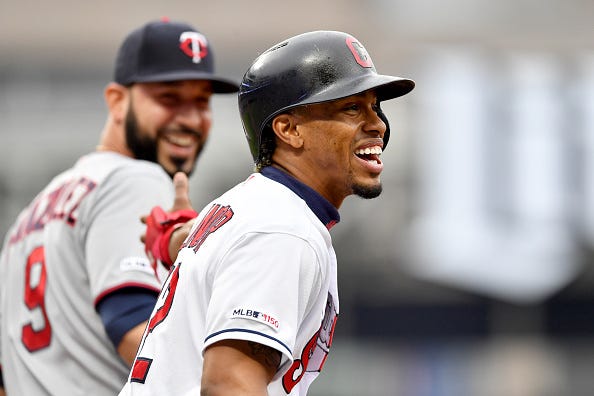 The Twins and Indians will be competing for the AL Central title. Photo credit (Jason Miller/Getty Images)

Could Francisco Lindor's final act in Cleveland be raining on the Minnesota Twins' parade? When paired with a deep starting rotation, that's quite possible. Remember, even though they missed the playoffs in 2019, the Indians still won 93 games, despite relative down years from Lindor and Jose Ramirez. Still, the Twins won 101 regular season games in 2019 and added former American League MVP Josh Donaldson in free agency to a lineup that already included Nelson Cruz, Mitch Garver, Miguel Sano, Jorge Polanco, Eddie Rosario and Max Kepler, among others. As the teams in the east beat up on each other, the guess here is that whichever of the Indians or Twins doesn't win the American League Central will end up securing one of the two American League Wild Card spots. 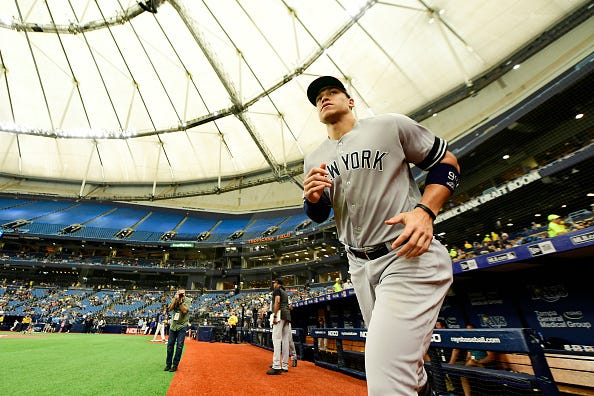 Aaron Judge and the New York Yankees will have their work cut out in the American League East. Photo credit (Julio Aguilar/Getty Images)

Who Will Survive in the American League East?

After adding Gerrit Cole this past offseason, the New York Yankees probably have the deepest American League roster when healthy. That said, they've already lost Luis Severino, and Aaron Judge, Giancarlo Stanton, Aaron Hicks, Gary Sanchez and James Paxton are all working their way back from injuries. If the Yankees leave the door cracked at all in the American League East, the pitching trio of Charlie Morton, Tyler Glasnow and Blake Snell could pitch the Tampa Bay Rays to a division title. The best two rosters in the American League reside in the eastern division, which should create for a fun sprint in a shortened season.