It seems fair to say that the 2019 season left a bad taste in the mouth of Milwaukee Brewers' star closer Josh Hader.

After making his second consecutive National League All-Star team in 2019, Hader entered the bottom of the eighth inning of the National League Wild Card Game with a 3-1 lead, attempting to convert a two-inning save and send the Brewers to the NLDS.

Instead, he gave up three runs - two of which were earned - on a single by Juan Soto. He didn't make it to the bottom of the ninth, because there wasn't a bottom of the ninth. The Nationals closed out a comeback victory in the top of the ninth, eliminating the Brewers en route to winning their first World Series title in franchise history.

Though it didn't seem possible at the time, there's at least a chance that his blown save in the National League Wild Card Game will be the final appearance that Hader makes with the Brew Crew. Hader can't become a free agent until after the 2023 season, but there's a case to be made the the 25-year-old's trade value will never be higher. With that in mind, Ken Rosenthal of The Athletic says that Hader is "available" via trade this offseason.

Simply because the Brewers are willing to consider trading the two-time National League Reliever of the Year doesn't mean they will. But, here are five teams that would be fits for Hader, in the event they seriously shop him: 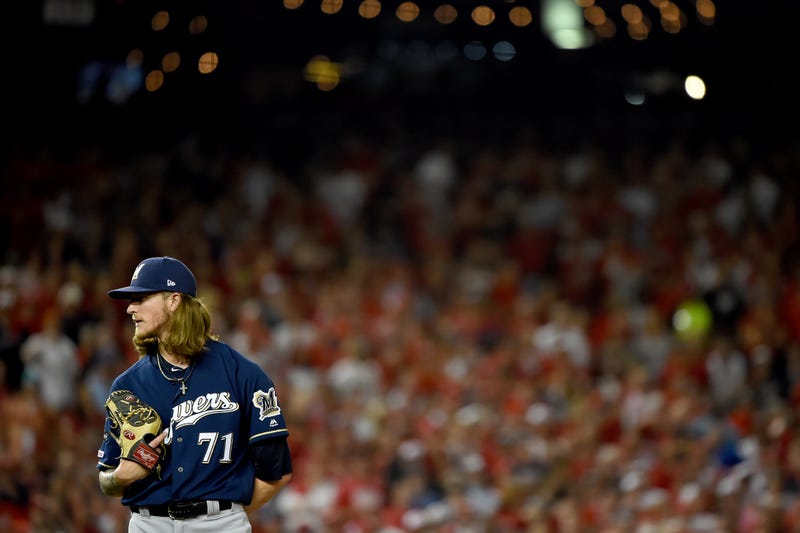 SNY's Andy Martino says that the Mets, looking to gain an edge in the highly-competitive National League East, are interested in Hader.

Last offseason, Brodie Van Wagenen, in his first offseason as Mets' general manager, invested heavily in the bullpen. Van Wagenen completed a megadeal to land Edwin Diaz from the Seattle Mariners, while also inking Jeurys Familia to a three-year/$30 million deal. Both struggled mightily in 2019. Diaz posted a 5.59 ERA and blew seven save attempts. Familia, in the first season of his second stint in Queens, posted a 5.70 ERA in 66 games.

Whether the Mets are prepared to make a Hader-level investment after spending so much on their bullpen last winter remains to be seen. If they did make a serious push for Hader, it would be interesting to see if the Brewers would be interested in taking back Diaz, who has three remaining seasons of team control. Of course, the Mets may not want to part with Diaz, who is just two years removed from posting 57 saves. 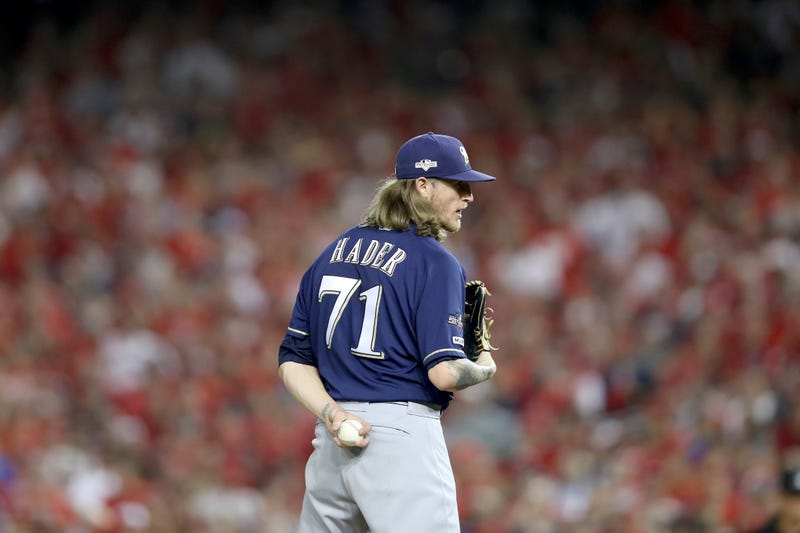 Is it possible that Hader returns to the scene of the biggest failure of his career to play his home games?

Frankly, it's unclear how seriously the Nationals would pursue Hader, especially if they re-sign free agents Anthony Rendon and Stephen Strasburg to deals in excess of $150 million (at least) each.

That said, the Nationals won a World Series in 2019, despite having the 22nd ranked bullpen in baseball. That's in large part because they have elite starting pitching, but Max Scherzer will be 36 next summer. Strasburg, if he returns, is unlikely to stay as healthy as he did in 2019, at least based on his own history.

Even if they overcame their bullpen to win a World Series in 2019, that's not a formula that will consistently allow you to reach the postseason, especially in a crowded National League East. The Nationals can hope for a bounce-back season from Sean Doolittle in 2020, but they would be in a much better position with him setting up games for Hader. 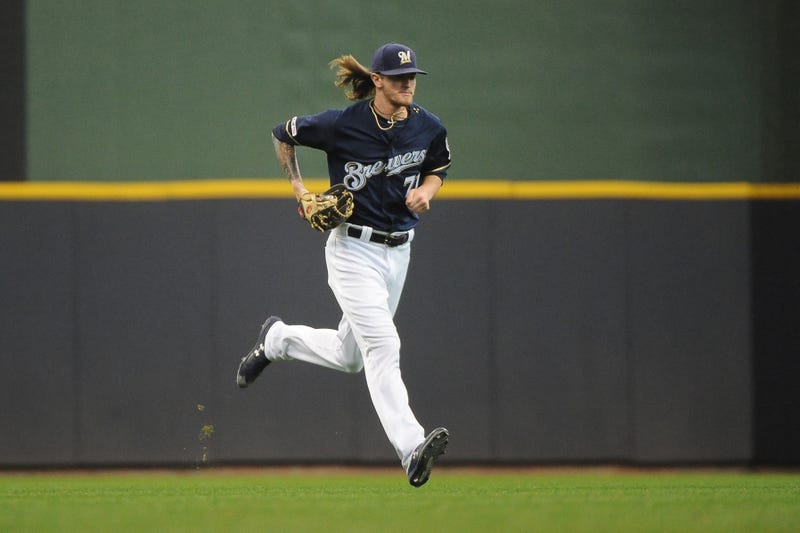 This may feel counterproductive for a team that's so aggressively trying to cut costs that they're willing to weigh trading former American League MVP Mookie Betts.

But Hader is a unique opportunity, and one that's only projected by Spotrac to make $4.6 million in arbitration in 2020. The Red Sox could potentially trade for him, cut costs in other ways and set themselves up to compete in the American League East in 2020.

Despite allowing Craig Kimbrel to walk after the 2018 season, the Red Sox did still have the fifth best bullpen in 2019. It's possible they just move forward with Brandon Workman as their closer in 2020. However, a trade for Hader would allow them to build an elite bullpen that rivals their division rivals, the New York Yankees. 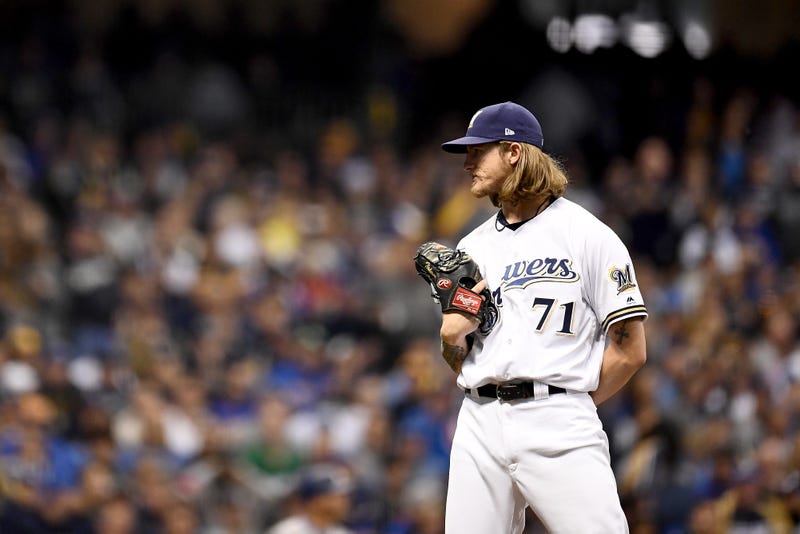 Though he was one of the top relievers of the 2010s, there have been times over the past two seasons where Kenley Jansen has looked awfully pedestrian, hence him opting into the final two years of his five-year/$80 million deal this offseason.

Would the Dodgers consider moving Jansen into a set-up role full-time? If it gave them a chance to acquire Hader and gain an advantage over pretty much every other National League contender, possibly.

For all the success that they've had over the last 15 years, the Dodgers still have the No. 3 ranked farm system in baseball, per MLB Pipeline. Top overall prospects Gavin Lux and Dustin May probably aren't going anywhere, but the Dodgers could still build an enticing package to send to the Brewers for Hader.

Making such a trade with the Dodgers - or any National League contender - would feel like a gut punch for a Brewers team that even without Hader likely would be trying to compete in 2020. But if the Dodgers presented the best package of young pieces in trade talks for Hader, well, assuring such a return is kind of point of gauging his market to begin with. 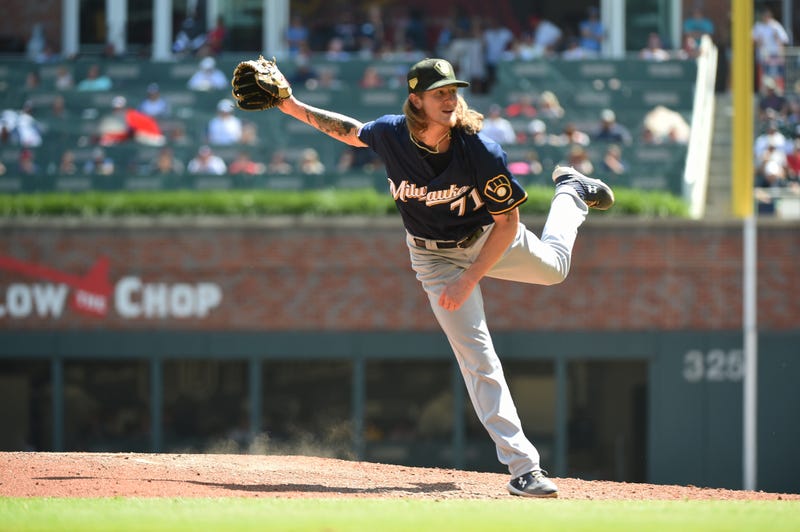 The feeling here is that the Braves match up about as well as any team in potential talks for Cleveland Indians superstar shortstop Francisco Lindor. That said, many of the same pieces that make them a possible fit for Lindor would be of interest to any team shopping a controllable star.

Young starters Ian Anderson, Kyle Wright, Bryse Wilson and Kyle Muller could all be appealing to the Brewers. It's unclear if the Braves - who have Ronald Acuna Jr. and No. 11 overall prospect Christian Pache - would be willing to trade highly-touted outfielding prospect Drew Waters. If they wanted to, the incredible clip that they've developed star position players at over the last five years would afford them that luxury.

Make no mistake, the Braves don't need relief pitching the way some other contenders - looking at you, Mets - do. They've already re-signed Chris Martin, and inked Will Smith to a lucrative three-year deal. But they have both the farm system, and a tradeable major league reliever in Shane Greene, to get a deal done. If they landed Hader, the Braves would probably have baseball's best bullpen.