Since the start of the 2015 season, FanGraphs says that Cleveland Indians shortstop Francisco Lindor has been the seventh most valuable player in all of baseball. Lindor is still just 25, and there's reason to think he could be had on the trade market this offseason, making his future one of the most intriguing storylines of the offseason.

The four-time All-Star can't become a free-agent until after 2021, though Indians owner and CEO Paul Dolan sounded pessimistic about the team's chances of retaining Lindor past then earlier this year. The Indians, per Tom Verducci of Sports Illustrated, did attempt to sign Lindor to a deal in the neighborhood of $100 million before the 2017 season. He didn't agree to that deal, which seems smart considering that early expectations are that he could ultimately sign for over $300 million after 2021.

Barring a significantly larger financial commitment from Indians ownership, Lindor's long-term future doesn't appear to be in Cleveland. That doesn't mean they need to trade him this offseason, but it may behoove them to weigh that possibility to maximize the trade return.

In any event, the Indians are likely to get aggressive calls on Lindor this winter. Here's four potential suitors: 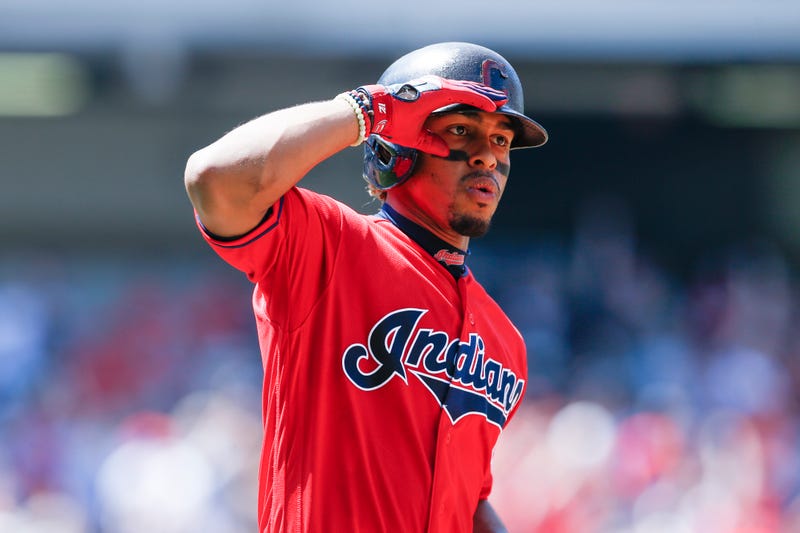 Despite a rather remarkable decade in terms of regular season success, the Dodgers haven't won a World Series since 1988. After winning the National League pennant in 2017 and 2018, the Dodgers, despite winning 106 regular season games, were upset by the Washington Nationals in the NLDS in 2019.

The expectation is that Dodgers president of baseball operations Andrew Friedman will be more aggressive this offseason than he was last winter, when the Dodgers didn't mount a serious attempt to re-sign Manny Machado and weren't serious contenders for six-time All-Star outfielder Bryce Harper.

In fact, MLB.com's Jon Morosi says that the Dodgers are "expected to pursue" a trade for Lindor. Though Morosi wonders how much 25-year-old shortstop Corey Seager would pique the interest of the Indians, it stands to reason that he could be involved in the trade in some form.

Additionally, one of the keys to the Dodgers sustained success has been balancing their financial wherewithal with continuing to develop their own star talent at a remarkable rate. Infielder Gavin Lux - who MLB Pipeline says is the No. 2 prospect in baseball - made his major league debut in 2019 and probably is off the table in trade talks. But RHP Dustin May, catcher Keibert Ruiz, RHP Josiah Gray and shortstop Jeter Downs are among the Dodgers other top 100 prospects. They perhaps match up better than any other team in trade talks with the Indians. 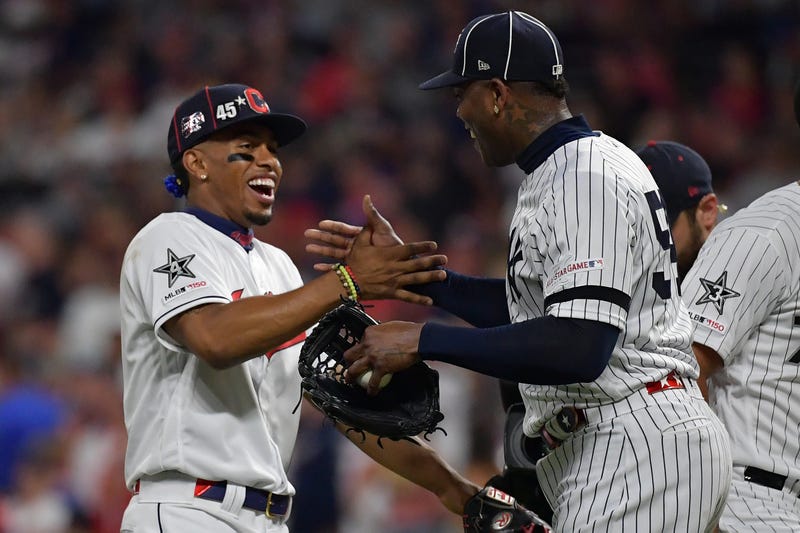 For the second time in three seasons, the Yankees were eliminated in the ALCS by the Houston Astros. While priority No. 1 this offseason will be attempting to add front-line pitching, expect general manager Brian Cashman to at least be engaged in discussions for Lindor.

The dream scenario for the Yankees - as outlined by Joel Sherman of The New York Post - would be to lure RHP Gerrit Cole away from the Astros in free-agency and land Lindor through a trade. How likely that is remains to be seen, but when you're the Yankees, you should be idealistic at the outset of the offseason.

The Yankees don't need a shortstop. Though the guess here is that they ultimately won't, they could attempt to retain Didi Gregorius. 22-year-old superstar Gleyber Torres can play anywhere in the infield, including shortstop. But if the Yankees could have three-quarters of their 2020 infield made up by Lindor, Torres and DJ LeMahieu, it would be difficult for them not to enter next season as the World Series favorites.

Though the Yankees don't currently have a top 50 prospect, they could still put together an enticing trade package. RHP Deivi Garcia is a top 100 prospect, as are outfielders Jasson Dominguez and Estevan Florial. Third baseman Miguel Andujar and outfielder Clint Frazier perhaps wouldn't headline a deal, but are young and controllable, which would make them appealing as part of a larger group of players. 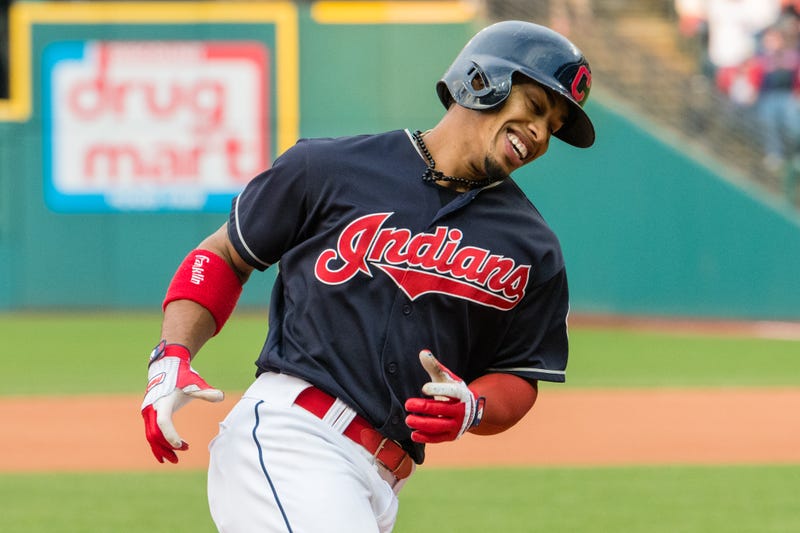 The Atlanta Braves could be an under-the-radar fit for Francisco Lindor. Photo credit (Jason Miller/Getty Images)

It's hard to imagine leaving a season with a worst taste in your mouth. Not only did the Braves lose 13-1 to the St. Louis Cardinals at home in a win-or-go-home Game 5 of the NLDS, but their division-rival Washington Nationals ultimately won the National League pennant.

The Braves have won the National League East in consecutive seasons, but play in one of the most competitive divisions in baseball. Though the Nationals need to sort out the futures of Anthony Rendon and Stephen Strasburg, they went 46-27 after the All-Star Break. In addition to their consistently strong starting pitching, the Mets saw two young stars - Pete Alonso and Jeff McNeil - emerge in 2019. The Phillies went just 81-81, though the feeling that they may have underachieved led to them replacing former manager Gabe Kapler with Joe Girardi and there is an expectation they will be aggressive again this offseason.

Perhaps the best way for the Braves to remain atop the National League East in 2020 would be to trade for Lindor, who may help push them over the top into making a World Series run.

Though the Braves would be hesitant to part with outfielding prospects Christian Pache and Drew Waters, MLB Pipeline says they are both top 50 prospects. So too are right-handers Kyle Wright and Ian Anderson. While Dansby Swanson, the Braves current starting shortstop, would be a clear downgrade from Lindor, he can't become a free agent until after 2022, and may allow the Indians to remain competitive in 2020.

Both the Dodgers and Yankees may feel better about their chances to retain Lindor past 2021 than the Braves. It's also possible they feel more motivated to make such a move this offseason. But if the Braves decide to seriously enter the Lindor sweepstakes, the amount of young talent they possess would make them a serious contender to land him. 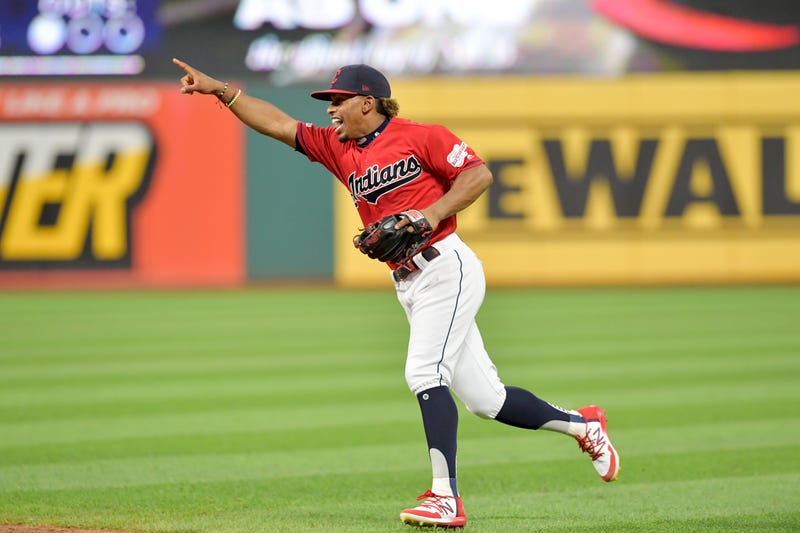 Of the teams on this list, the Rangers are probably the least likely to be a serious contender for Lindor. But they are worth mentioning, because as they prepare to move into Globe Life Field in 2020, there seems to be a universal opinion in baseball that they'll try to make a splash this offseason.

It seems more likely said splash will come in free agency. Washington Nationals third baseman Anthony Rendon can become a free agent this winter after a career year, and in addition to being from Richmond, Texas, Rendon played his college ball at Rice University.

That said, Lindor would be quite the splash for a team that's fallen behind the Houston Astros and Oakland Athletics in their own division. Third baseman Josh Jung, catcher Sam Huff and RHP Hans Crouse are the Rangers three top 100 prospects.